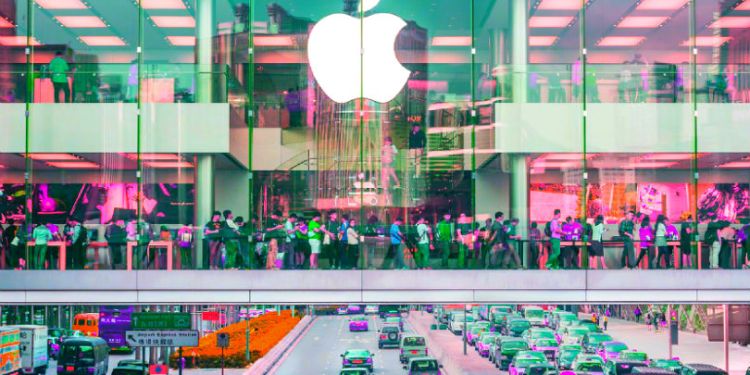 A Securities and Exchange Commission filing from Apple is offering a new look at the tech giant’s efforts in blockchain technology.

Apple uses several precious metals to produce its lineup of computers and mobile devices, which makes the tech giant reliant on third parties to mine various elements. To reach its goal of being a virtuous company that supports human rights and safe working conditions, Apple may leverage new ways to increase traceability, including the use of blockchain.

According to the filing, Apple is working with the Responsible Business Alliance to create a set of new blockchain guidelines for the minerals supply chain industry.

“In 2018, Apple also supported the development of certain industry-wide standards, including the Responsible Artisanal Gold Solutions Forum’s Artisanal Gold Due Diligence Toolkit; the Code of Risk-mitigation for ASM (artisanal and small-scale mining) engaging in Formal Trade (CRAFT Code) developed by the Alliance for Responsible Mining and RESOLVE, Inc., a nonprofit organization; and the Blockchain Guidelines of the Responsible Business Alliance’s Responsible Minerals Initiative (“RMI”)…

In 2018, Apple chaired the board of the Responsible Business Alliance, served on the Steering Committee of the RMI, continued its participation in the European Partnership for Responsible Minerals, and served on the Governance Committee of the Public-Private Alliance for Responsible Minerals Trade. Apple also contributed to several RMI working groups, including, but not limited to, the working groups for tin, gold, and other minerals; the smelter engagement team; the blockchain team; and the minerals reporting template team.”

You can check out the new filing with the SEC here.

As for Apple’s interest in creating its own cryptocurrency, we’re still looking for clues. The company filed a provisional patent in December of 2017 that describes the mechanics of Bitcoin and outlines a blockchain-based system designed to create and verify timestamps that could be used to fight hackers and certify digital signatures.

The patent details a method of creating secure timestamps on a blockchain ledger.

“The new time becomes part of a blockchain when a miner solves the hash puzzle related to the new block holding the transaction indicating the new time. Because of distributed consensus, attempted alteration of the blockchain by a malicious node in terms of the time value will be detected by honest nodes.”