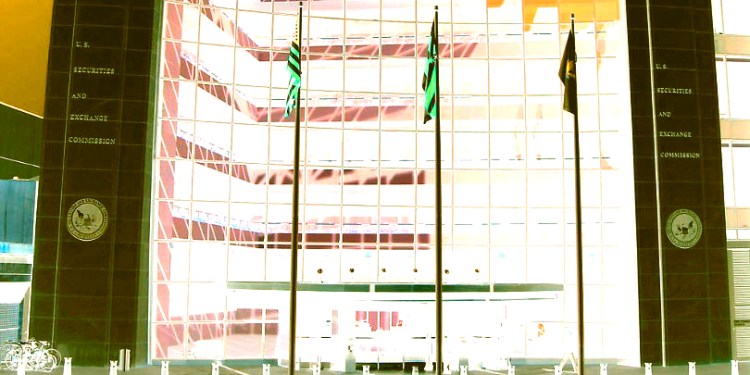 The US Securities and Exchange Commission published a notice on a Bitcoin exchange-traded fund proposal issued by VanEck, SolidX and the Cboe BZX Exchange. The Bitcoin ETF, if approved, will enable buying and trading of SolidX Bitcoin shares that are held by VanEck SolidX Bitcoin Trust.

The SEC initially posted the proposal on February 13. The notice on February 20 resets the 45-day clock on a final decision from the SEC. The general public now has until March 13 to file their responses, and the Commission then has until April 5 to deny or approve the proposal with the option to request a 90-day extension.

“According to the Registration Statement, each Share will represent a fractional undivided beneficial interest in the Trust’s net assets. The Trust’s assets will consist of bitcoin held by the Trust utilizing a secure process.”

“The Trust will not normally hold cash or any other assets, but may hold a very limited amount of cash in connection with the creation and redemption of Baskets and to pay Trust expenses.”

On January 10, crypto-asset fund Bitwise filed a similar registration statement with the SEC for a physically-backed Bitcoin ETF.

Both proposals request a change to the same rule but with some differences. Bitwise’s ETF will track the Bitwise Bitcoin Total Return Index, basing its value on price changes across several cryptocurrency exchanges. The proposal differs from previously filed Bitcoin ETFs proposals in that it will rely on regulated third party custodians to hold its physical Bitcoin.

VanEck, on the other hand, will calculate Bitcoin value using MVBTCO index, a Bitcoin-based index that prices BTC using trades from over-the-counter platforms. Its assets will consist of Bitcoin held directly by the VanEck SolidX Trust.

While the crypto community continued to await an ETF approval, some believe that the financialization of Bitcoin undermines the crypto ecosystem as a monetary system that operates separate and apart from traditional banks and qualified high-net-wealth individuals who gain exposure to trusts.

Bitwise CEO Hunter Horsley says there are several factors in place that support the approval of a Bitcoin ETF. In December, the company commissioned a survey of financial advisor attitudes. According to the results, 60% of over 150 respondents would use an ETF to invest in cryptocurrency.