by Iliya Zaki
in HodlX 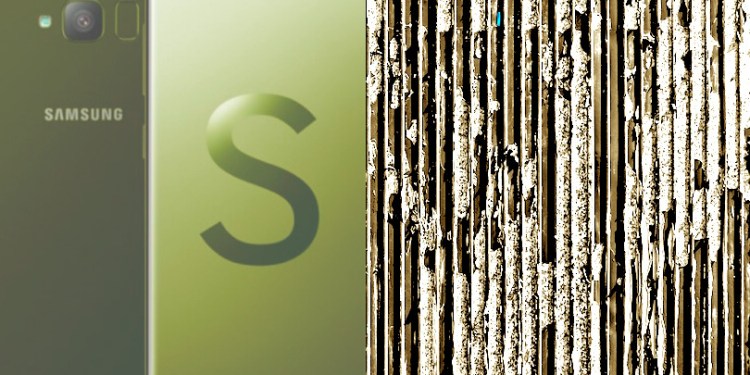 Samsung is, undoubtedly, one of the most well-known corporate names out there. The South Korean multinational conglomerate boasted the highest number of phones sold in Q1 of 2018 as reported by International Data Corporation (IDC). The company is known to back crypto projects like CryptoKitties and AERGO. Also, they are building ASIC Crypto Mining Chips with Canadian-based mining company, Squire Mining.

The Daily Hodl reported on February 20 that Samsung’s flagship Galaxy S10 will support Crypto private keys. By doing so, Samsung is spearheading the global blockchain adoption movement at the consumer level.

Quoting from the company,

“Galaxy S10 is built with defense-grade Samsung Knox, as well as a secure storage backed by hardware, which houses your private keys for blockchain-enabled mobile services.”

This one line was very well received by crypto and blockchain enthusiasts. It emphasizes on the inevitable future of crypto mass adoption.

Here are three ways Samsung is breaking down the walls for future global crypto adoption.

The crypto-sphere has been begging for more examples of crypto adoption throughout 2017-2018. It was partly due to investors hoping for the continuation of Bitcoin’s parabolic rise. The crypto market has been anticipating Bitcoin to find a bottom to what is known as “crypto winter”. Therefore, the announcement from Samsung is refreshing.

Samsung can increase blockchain wallets by 100%

According to Mashable, Samsung sold over 30 million Galaxy S9s worldwide in the first quarter of 2018. Despite being the company’s lowest-selling phone since the Galaxy S III, the total number of Q1 consumers would be massive for the crypto and blockchain space. Imagine having 30 million more people exposed to cryptocurrencies and blockchain.

Here is something to bear in mind: according to Statista, the number of blockchain wallet users at the end of December 2018 is close to 32 million. At minimum, this number could double once the new Galaxy S10 is released.

It is important to remember that not all users of the new Samsung Galaxy S10 will be using the wallet. But the feature will no doubt spark more interest. Cryptocurrencies and blockchain have been covered extensively throughout 2018 by mainstream media. Thus, it is not hard to imagine that the vast majority of consumers has an idea of what crypto and blockchain are and that there’s a foundation for human curiosity to flourish.

Accessibility triumphs over the cool factor

Having a wallet built into our phones makes it very accessible for people to do crypto-related tasks, especially when phones are one of the things that we carry all the time, everywhere. We tend to forget our keys more often than our phones.

Obvious crypto tasks that can be done are making transactions or storing cryptocurrencies. However, most would agree that having a built-in wallet on your phone is not safe to store your crypto holdings.

It is not advisable to store your entire crypto holdings on your phone. Always consider getting a hardware wallet. But when it comes to new crypto adopters, they prefer accessibility and ease of use over cool, high-tech mumbo-jumbo. One example I can think of would be building your own computers. It is cheaper and very satisfying to build and customize your own computer rig according to your needs. But the vast majority prefer to purchase it stock, for fear of messing it up gravely.

It should not be impossible for us to use our fingerprints instead of a randomly generated password. In addition to that, the risk of misplacing a paper wallet does not apply when fingerprints are used to access wallets.

2. Samsung is setting the pace for its competitors

First movers in the industry have their disadvantages. They bear the economic burden of developing a new market that future followers can exploit. But it is such competitiveness in today’s world that makes being a crypto enthusiast so fulfilling. Samsung started the party, and soon others will follow.

A report by the Daily Hodl has shed light on Apple’s potential big move into blockchain with their SEC filing. Rest assured, blockchain technology is in the minds of the biggest corporate names out there. I think it will only be a matter of time before iPhones adopt the crypto wallet strategy and integrate it with Apple Pay.

Regardless of the success that Samsung will bring to cryptocurrencies, it suggests an increasing number of crypto adoption stories in the coming months or years. In particular, mainstream corporate names.

Huawei, China’s biggest and the world’s third-largest mobile phone seller, has already announced its support for cryptocurrencies by providing access to a Bitcoin wallet app, pre-installed on all new Huawei and Honor phones.

3. Introducing crypto wallets is just the start of something bigger

Mobile contactless payments such as Apple Pay, Google Pay and for the sake of this article, Samsung Pay, are on the rise. Again from Statista, the number of NFC (near field communications) mobile payment users more than tripled from 53.9 million to 166 million from 2015 to 2018. Adoption for NFC mobile payment took a while, but in six years we have gone from having just five million users in 2012 to 166 million. That is a huge increase.

Throughout 2018 and these few months into 2019, there have been several companies launching their crypto cards. Companies include TenX, Crypto.com (previously known as Monaco), BitPay and Shift. The idea is good – introducing debit/prepaid cards for crypto usage. However, we should consider whether the majority of consumers would rather add another card into their already thick wallet or simply have it built into their phone. More likely, consumers will just opt to have it on their phones.

Having a crypto wallet also means consumers can finally start using cryptocurrencies for everyday use. Sure, prior to Samsung introducing wallet capabilities, all we needed was a Coinbase app to store our Bitcoin. But it’s impractical. Now imagine Samsung integrating crypto into Samsung Pay, making it an internal exchange that can simply liquidate Bitcoin into fiat on the go, effectively using crypto to pay for things. We can also expect others to follow suit.

Moonwhale consolidated a list of mainstream companies already adopting blockchain technology. The list of companies includes very recognizable names such as Facebook, Alibaba, Amazon, and more recently, JPMorgan Chase. Regulations finally caught up with the hype and progress made by cryptocurrencies in 2018. That feat alone is something to be celebrated. Proper regulations will create a better environment for innovation to thrive without hurting its ambitions too much.

2017 to 2018 were the years when crypto was a novelty or a money-making plan for retail investors. The crypto winter has shifted the general emphasis away from the speculative nature of cryptocurrencies to the value of the underlying technology. Sure, it has been no fun to watch Bitcoin drop from its peak to $3,100 towards the end of 2018, but in the grand scheme of things, the crypto space is progressing very quickly. The bear market today isn’t so bad when you zoom out.

We can expect 2019 to be very special in paving the way for the inevitable mass adoption of blockchain technology and cryptocurrencies.

Iliya Zaki is the Head of Business Development and Marketing for Moonwhale Ventures, a Singapore-based Blockchain Consultancy and STO Advisory Firm. Iliya also writes for Hackernoon on a regular basis.