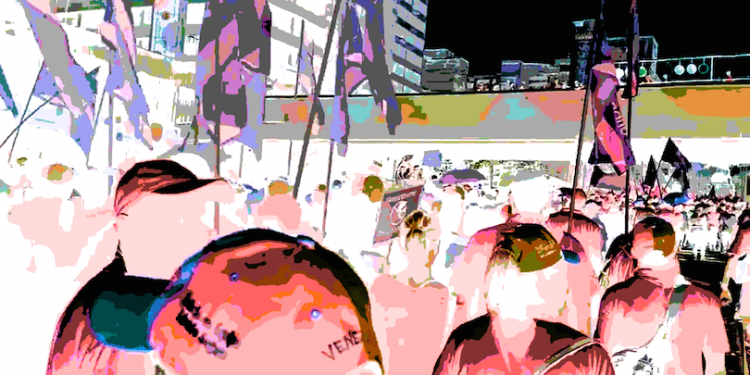 Venezuelan economist Carlos Hernández says cryptocurrencies helped his brother Juan, 28, escape Venezuela last summer. In a report for the New York Times, Hernández also writes that he keeps all of his money in Bitcoin since keeping it in bolívars, Venezuela’s official currency, would be “financial suicide.”

“The last time I checked, the rate of daily inflation was around 3.5 percent. That’s daily inflation; the annual inflation rate for 2018 was almost 1.7 million percent. I don’t have a bank account abroad, and with Venezuela’s currency controls, there’s no easy way for me to use a conventional foreign currency like American dollars.”

LocalBitcoins, a peer-to-peer crypto trading platform where people are trading fiat for crypto, has been posting record-breaking trading volumes in Venezuela. But even with the platform available via the internet, transactions made in bolívars are capped.

“I can’t change too many Bitcoins at once, though. The government doesn’t monitor cryptocurrency transactions (yet), but it does monitor transactions in bolívars — and any worth about $50 or more will automatically freeze your account until you can explain to your bank where the funds come from.”

Still, you could say that cryptocurrencies have saved our family. I now cover our household’s expenses on my own.“

Venezuela has witnessed a mass exodus of nearly three million people with nearly one million fleeing to neighboring Colombia.

Opposition leader Juan Guaidó has been battling ousted Venezuelan president Nicolás Maduro as the political duel in Venezuelan plunges the nation even further into a worsening humanitarian crisis.

“I went out for milk. I went to every one of the stores within walking distance of my house that hasn’t shut down over the past year. Not one of the 20 had milk.”

On Saturday Maduro severed ties with Colombia, and has rejected the aid, including food and medicine, that is designated for Venezuelans and sits at the Colombian and Brazilian borders.

Colombian diplomats have been ordered out of Venezuela within 24 hours.

As trucks hauling aid try to pass through the Brazilian border, violence erupts.

2 of the 4 humanitarian aid trucks that attempted to get aid into Venezuela on Francisco de Paula Santander bridge are now on fire#Venezuela #23F. pic.twitter.com/geK9yDTNer

Some of the aid was salvaged.

Video from Puente Francisco de Paula Santander shows the boxes of humanitarian aid that were saved from the 2 burning trucks #Venezuela #23F pic.twitter.com/A8GycBjoF0

The New York Times reports that the violence turned deadly and that two protestors were killed in Santa Elena de Uairén where “the National Guard fired tear gas and live ammunition at civilians and charged against them in armed vehicles,” according to opposition lawmaker Américo de Grazia.

Protesters are trying to save as much supplies as they can. #23Feb pic.twitter.com/pzL6dktfA2

A young man was reportedly shot and killed by Maduro loyalists.

The humanitarian aid comes from the US which has imposed sanctions on Venezuela. In the UK, which has aligned with the US in support of the opposition, the Bank of England refuses to release to Maduro the gold reserves held on behalf of Venezuela.