Cryptocurrency: The Foundation of the Automated Future Where We All Make a Profit

by Michael Samy
in HodlX 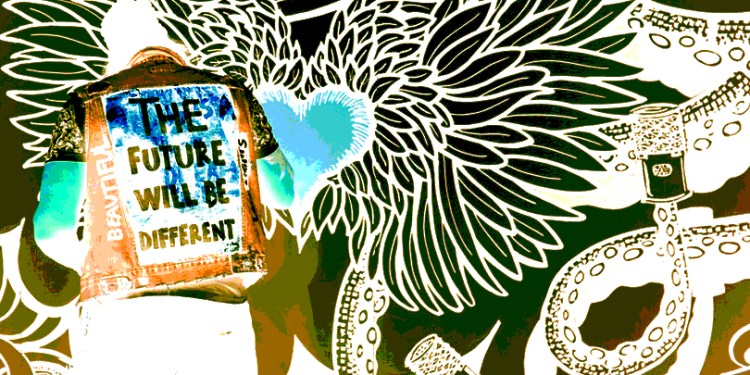 From smartphone factories to beer warehouses to containership terminals, our world and our economy are rapidly becoming more automated. But what does this mean for the billions of people whose jobs are threatened by automation? Are we about to see widespread job losses as industry turns its nose up at the humans who need to sleep, take holidays and sick leave for robots who don’t? And if we are, what does the future look like for those affected, and how can we avert a jobs crisis?

I’m of the belief that no one person or organisation is in charge of the bigger picture. Even if there were super powerful people secretly running the world, as the conspiracy theorists claim, there are far too many variables and surprises – such as wars, market crashes, and social phenomena that propel certain companies into the mainstream – for them to accurately predict the kind of livelihoods billions of people will collectively end up creating. No person or organisation knows what the world will look like in 5 or 10 years’ time.

However, millions of people all over the world are endlessly curious, tinkering with software, designing all sorts of hardware you can download and print, creating DIY medical devices, and even home-made attack drone swarms. All this hobbyist R&D adds up to the technologies we realise as a society. When the conditions are right, the technology to solve a problem that needs solving flourishes. The hobbyists are the backbone of this endless technological march. This is how it has always been.

Cryptocurrencies, another emerging technology, will form the automated economy through which all automated vehicles and other devices will transact. Cryptocurrencies allow software to transact with other software without needing people to control the flow of that money. It’s a totally unprecedented concept.

Cryptocurrencies will allow unmanned containerships to operate as automated business entities with no humans involved. You build the ship, install the software that allows it to connect to a global cryptocurrency network, and that ship sails itself, pays a market-set rate for its own fuel at the ports it visits, automatically charges a market-set fee for containers it is asked to deliver. Apart from the initial capital to set that automated container ship system up, that ship will run its own business with no people involved.

How does this tie into solving a jobs crisis? Well, think about economic growth in the last 100 years or so. There have always been winners and losers when it comes to buying stock. But overall, the global economy continues to grow, and grow and grow, exponentially so. We had two trillion-dollar companies last year, for the first time ever.

Imagine if all this success could be split more equally among everyone in the world. With cryptocurrencies, this proposition becomes more realistic. If all the systems that let you buy stocks, and trade in markets, were automated with no people involved in their running, the costs of running those systems would be almost zero. In that environment there would be no middlemen, no brokers, and so little commission payable that you’d be able to create hugely diversified investments of fractions of a penny in millions of companies globally – effectively investing directly into the global economy as a whole.

These investment packages could be given to everyone at birth, and those who wish to try their luck could tweak their investments as they wish. Those investments would then go into funding all the automated infrastructure projects proposed.

Eventually, the world would be virtually fully automated. All the things we hire people to do today in order to run society and our economy would be run by computers. All that would be left for everyone to do, would be to be creative, to learn, to teach and to form networks around their interests to influence, rather than control, the future of the world.

Michael Samy is a techie and former medical doctor with a broad skill set which includes web development, design and communications. He has worked as a freelance web and graphic designer and head of internet marketing at a telemedicine company. His breadth of experience working and tinkering with a vast range of technology projects, as well as in meeting and treating patients from all walks of society, has given him the insight and understanding necessary to distill complex concepts into easily understandable terms with empathy and insight.