Why STOs Are a Step Above ICOs

by Dan Abbate
in HodlX 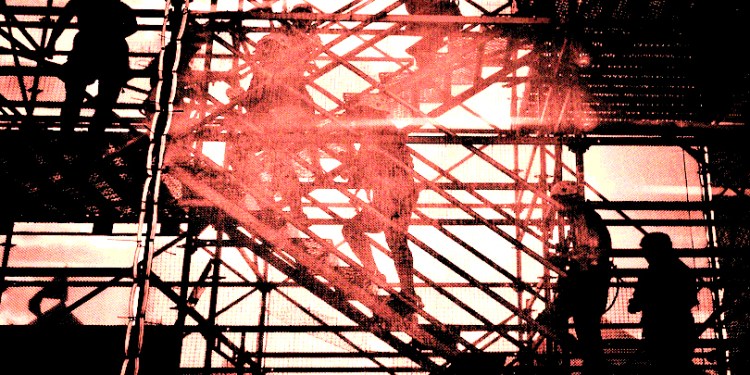 ICOs set the stage for allowing anyone to invest in new companies, but they were flawed right from the start due to a lack of regulation and accountability. This byline will show where STOs picked up the pieces and why they’re offering a better solution than their ICO counterparts.

Technology has made it easier for startups to raise money, but the technology is outpacing regulations. It has obviously created some issues.

ICOs were previously the dominant way for new projects and companies to raise capital. It was relatively easy at first: assemble a team, create a white paper, and sign up with an ICO platform to create a token. It seemed foolproof, and the barrier to entry was much lower than an IPO. If you wanted to participate in an ICO, you only needed cryptocurrency and a will to invest. By way of being far more universally accessible, ICOs were solving IPO problems.

But there weren’t any regulations in place to govern ICOs. This new investment vehicle operated in a gray area where people tossed around terms like “utility token” and “security token” without actually clarifying them. This added confusion and investors got burned by companies operating without any accountability. The landscape needed a change to protect investors and make blockchain-powered investing a normal, lawful process.

When ICOs finally got an honest look

In July 2017, the Securities and Exchange Commission (SEC) issued a report on the status of The DAO, a project aimed at creating an entirely decentralized organization, governed by its token holders’ votes. The SEC determined that The DAO was actually distributing securities, and that “offers and sales of digital assets by ‘virtual’ organizations are subject to the requirements of the federal securities laws.” This ruling kickstarted the regulation – and subsequent downfall – of ICOs.

The SEC set a precedent in the United States for many other countries to follow. Some countries, like Canada and the European Union, followed in the footsteps of the US, determining that ICOs were actually securities, and that they were beholden to the same set of regulations. Other countries, like North Korea and China, flat-out banned them.

Despite the world’s varied acceptance of blockchain-enabled investing, there was no denying it could permanently change business as usual. It represented a completely new way to raise money, but it needed some tweaks before it would be usable and compliant. That’s when STOs started showing increased promise as a viable investment vehicle.

Security token offerings (STOs) rose to meet the need for better investing. STOs implemented everything that was good about ICOs – to be legal and transparent. It’s no wonder they are commonly referred to as “the new ICO.”

Why is an STO better than an ICO?

STOs are quite like ICOs, but the biggest difference is that you have to do your SEC paperwork properly to launch them.

STOs are also fully compliant with regulations, a hurdle that ICOs never cleared. STOs are regulated as securities from the start and therefore have a reliable roadmap to pursue. This ensures that they follow the relevant securities regulations of the country where they operate.

Though the guidelines may seem rigorous, regulatory agencies provide oversight that protects companies and investors alike. They ensure that anyone who is making money is doing so in a lawful way.

Benefits to the entrepreneur and the investor

STOs aren’t skewed in favor of one type of investor or company – they benefit both parties.

Investors enjoy a low barrier to entry with security tokens. They don’t need accreditation or membership at an elite investment bank. An STO investor can also be sure they they’re not getting burned by a company misrepresenting itself. Security tokens have strict regulations, and they’ll face a penalty if they don’t stick to them. This happened rather often with ICOs, earning them their “Wild West” designation.

Entrepreneurs raising money with an STO get access to a larger pool of investors. Anyone with an internet connection and the will to invest can participate. Depending on the regulation you’re operating under, it’s completely possible to have non-accredited investors buying STOs as soon as the SEC approves one under its own rules.

STOs make it easier for entrepreneurs to get access to new capital because of fewer administrative costs. IPOs come at a huge cost of time and money to the company. A PWC report revealed that 83% of respondents spent over $1 million to go public. Then they had to pay recurring fees for compliance on top of that. This just isn’t feasible for small- or medium-sized businesses.

By building on what ICOs got right, STOs take the IPO investing concept and turn it into a crypto-friendly investment vehicle that’s regulated and compliant. They also make investing more universally accessible instead of requiring investors to jump through hoops or “know a guy” to get access to a company’s shares.

ICOs may have created the blueprint for moving investment opportunities forward, but it’s STOs that are constructing the track to bring value to anyone, anywhere.

Dan is one of the co-founders of 81-c, a company that’s pioneering entrepreneurship as an asset class, enabling anyone in the world to invest in businesses that would typically never be available to the public. Dan is an entrepreneur, thought leader, and investor with a career-long focus in business process automation through the use of advanced technology and organizational development and improvement.