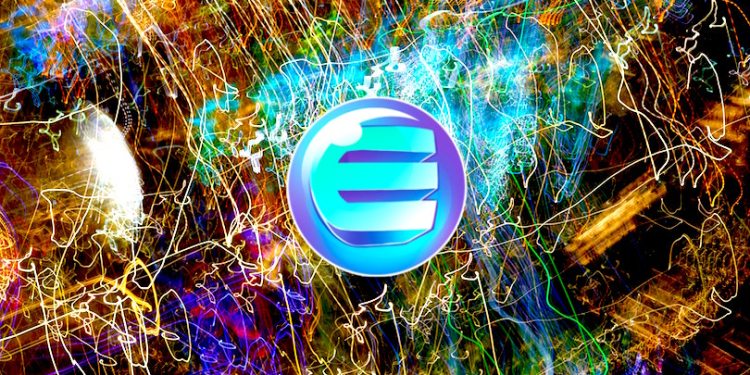 At the end of February, Enjin Coin soared 153% when rumors about the collaboration first began to surface. According to data compiled by CoinMarketCap, the price retraced from $0.094 to $0.076 after the first run-up, before soaring again to a high of $0.177.

“While I can confirm that we have an official partnership with Samsung, I’m not at liberty to disclose any other information at this point.”

Enjin is working to give gaming companies a new way to create blockchain-based in-game assets that can be exchanged on the Ethereum blockchain. On February 25, Samsung presented the S10 at Media World Conference Barcelona 2019 where the phone’s blockchain wallet was displayed with Enjin’s logo.

Price action since then has been highly influenced by speculation as investors try to take advantage of bullish sentiment. However, the recent surges have failed to catapult ENJ past its previous all-time high of $0.046 set back in January of 2018 at the peak of the last Bitcoin bull run that lifted altcoins to record prices.

After the market’s spectacular rise in December of 2017, the crypto collapse and dramatic price declines have revealed too few use cases to justify the many multi-billion dollar and multi-million dollar company valuations. Instead, cryptocurrencies continue their search for legitimacy, mainstream partnerships and real-world adoption.

In the absence of large Wall Street initiatives, such as the long-awaited approval of a Bitcoin ETF by regulators or the launch of Intercontinental Exchange’s Bakkt, which is the widely anticipated crypto trading platform for institutional investors that also promises to integrate a crypto payment option at Starbucks, Samsung is one of the biggest brands to embrace blockchain and crypto so far this year, demonstrating that the mainstream cross-over into consumer products is a matter of time.

While the Samsung partnership is a boon for Enjin Coin, it’s a dream come true for the crypto community as it combines three major target audiences: hardware tech heads, crypto enthusiasts and gamers. The partnership pairs a tech giant that has global reach and millennial appeal with a cryptocurrency that’s designed for gamers.

The partnership also marks a significant step for cryptocurrency at large because it means the technology can go mobile with major corporate support, positioning crypto as a driving force in the future of payments, e-commerce and the distribution of data and digital assets.