Could Crypto Turn Facebook and WhatsApp Into Major Remittance Players?

by Iliya Zaki
in HodlX 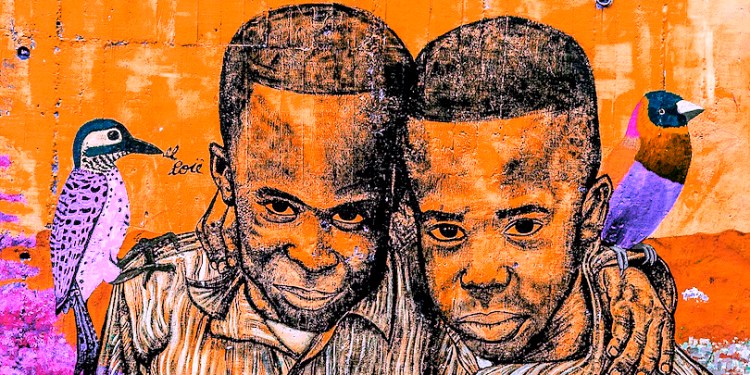 It is safe to assume that anyone with a working internet connection has heard of Facebook and its subsidiary, WhatsApp. Bloomberg reported on Dec 21, 2018, that Facebook is working on a cryptocurrency that will let users transfer money on its WhatsApp messaging app. Are cryptocurrencies at the precipice of mass adoption?

Facebook boasts the largest active users with 1.7 billion after more than a decade of existence. That number could have been higher if countries like China, Iran, North Korea, and Bangladesh had not banned Facebook. On the other hand, WhatsApp has 1.5 billion users in 109 countries. The most popular countries include India, Brazil, Mexico, Russia, and many others. Facebook is primed to become a major player in the remittance market due to the sheer number of users and its reputation in developing countries.

Remittance is the transfer of money from a migrant worker to someone back in their home country. People have always moved in search of better work prospects in high-income (or high currency value as compared to home) countries.

Based on the World Migration Report 2018, there are currently an estimated 244 million international migrants living in other countries. This number has either directly or indirectly contributed to the global remittance’s $689 billion dollar industry with India at the top of the pile, contributing $80 billion or 11.6% of the market. The global remittance industry is expected to grow by more than 3% in 2019.

The advancement of technology has provided us with a much better alternative to manual remittances. Remitting via this method is a much safer, secure, faster way of transferring cash. Companies such as TransferWise and Revolut have taken the industry by storm. They have since been declared disruptors of the remittance industry.

One fact remains, however. These platforms heavily rely on mobile phone penetration for remittance. In emerging economies, most people would own a mobile phone with access to some internet connectivity. Therefore, this provides a great opportunity for online money transfer to prosper.

Blockchain technology cuts out the traditional middlemen. As a result, it can speed up and simplify cross-border payments. Thus, making remittances more affordable. Currency fluctuations can result in a loss of cash when transactions are being made cross borders. Blockchain can provide an almost guaranteed, real-time transaction.

Typically, remittances can take anywhere from days to weeks with TransferWise boasting a quicker time since it uses the internet. Ripple is able to send $50 million at an astonishing speed of three seconds – an incredible feat.

TechCrunch founder Michael Arrington agrees and said that XRP is by far the best way to move fiat from one end of the world to another. Quoting from his interview with Blockinpress,

“Our very first closing was over $50 million, and we moved that money in 3 seconds, and it cost like 20 or 30 cents to move that $50 or something million dollars. Bitcoin and Ether can’t compare to that.”

Facebook first began experimenting with blockchain in mid 2016. According to Wired, the company had tasked a lone corporate development staffer with investigating blockchain technology.

Rumors suggest that Facecoin will be a stablecoin. The most obvious use case for stablecoins today is as a solution for payments-currency transactions on the blockchain.

This is not the first time Facebook has experimented with currencies.

Unfortunately for Facebook, these initiatives were not able to find a place in the world.

The remittance market is massive and cryptocurrencies can be the main solution to this existing market. Given that both Facebook and WhatsApp are so widely used, the team behind the crypto project just needs to make sure it works.

In my article discussing JPMorgan’s involvement with blockchain, I mentioned that the American multinational bank has an estimated 27 million accounts, a massive sample size, to run tests for their JPM Coin. The sample size from JPMorgan is small when compared to Facebook and WhatsApp. The social media platform and messaging giants have almost 20% of the world’s population as users.

One of the main concerns of Facecoin according to Alex Stamos is that “a completely private and encrypted messaging service tied to an open, Zerocoin-like, zk-SNARK backed cryptocurrency and backed by a tech giant would instantly become the go-to mechanism for global money laundering, tax evasion, and just general crime.”

However, Stamos believes on the other hand that not having a mathematically backed privacy feature and having all this data in a single place will be a massive source of privacy and security risk. And if this is the case, he believes that many countries that have leverage over Facebook will use this opportunity to get access to private information.

Nothing is priced against cryptocurrencies (yet) in the real world. Therefore, Facebook has to find a convenient way to convert Facecoin into fiat. Using Facecoin to purchase goods and services from Facebook would eventually lead them back to Facebook credits which should not be repeated. However, if there is a company with enough resources to find a solution to crypto-fiat exchange, Facebook is definitely one.

An alternative can be to establish relationships with cryptocurrency exchanges around the world. This will make the crypto-coin seamless, fast and user-friendly when it comes to international remittances. It would also allow anyone with a mobile phone and a Facebook app to maintain a personal account that has stable coins and is backed by hard currencies.

The remittance market is currently worth around $500 billion a year. According to Barclays, Facebook’s cryptocurrency could be a $19 billion revenue opportunity. Aside from advertising, the company can now develop an entirely new revenue stream.

Everything discussed here and out there on the internet is simply based on rumors. These rumors, however, came from Bloomberg and the New York Times, two credible news outlets. But as with anything related to cryptocurrencies, take everything with a pinch of salt. It is no secret that Facebook has indeed been experimenting with blockchain – be it with payments or ID authentication.

If WhatsApp does introduce cryptocurrencies as a mode of payment for its users, then it can very well be the biggest adoption news we have this year. Needless to say, Facebook and WhatsApp could end up becoming a remittance powerhouse.

Iliya Zaki is the Head of Business Development and Marketing for Moonwhale Ventures, a Singapore-based Blockchain Consultancy and STO Advisory Firm. Iliya also writes for Hackernoon on a regular basis.