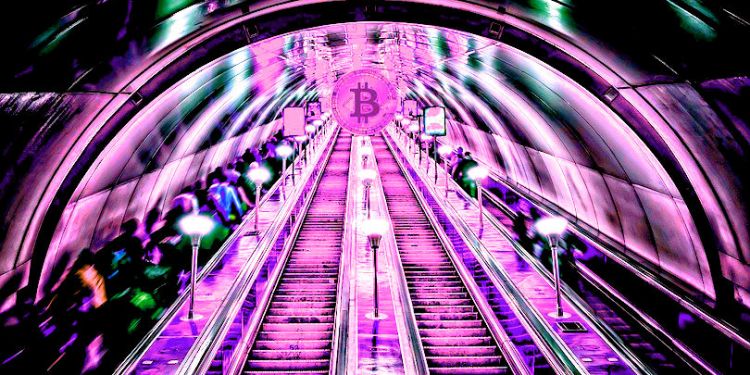 From a pair of six-figure predictions on the price of Bitcoin to a look at Litecoin’s push for privacy, here’s a look at some of the stories breaking in the world of crypto.

“My first letter profiled Bitcoin at $13, but I was told about it when it was at $1. This is what first attracted me to the industry. I went to a crypto conference in 2011, and there was probably 300 people there. Not a single one was trying to make money. They just wanted to build this unbelievably alternative to the financial markets…

It is still very early in the building phase. I would say we are internet and email 1990, 1991, 1992 – still very early for crypto. But I see Bitcoin over the next five years… because there are only 17 million outstanding, and if you look at it as a penny stock, there is so much demand for it. So I would say – although hard to make a price prediction because it is speculative – but upwards of $100,000 is possible because there are only 17 million that are trading.”

According to a report by Aslam, if history rhymes, BTC could surge above $400,000 in the long run.

“For investors who are buying at these levels, they usually have a target of previous high, and for Bitcoin, it needs to be the level of $20K.

This is because there is a high chance that the next bull run has a minimum potential of pushing the price five times higher. That is over $100K. I personally believe that each Bitcoin can go up as much as $400K, and if history repeats itself, this number is not a fool’s paradise. This is a simple math calculation: approximate percentage projection of the price which we experienced during the last bull run.”

TradingView analyst ‘Financial Survivalism’ is predicting the opposite, at least in the short term. The trader took to Twitter early this month to warn that the longer BTC trades in the $4,000 range, the more likely it will plummet down to as low as $800.

The longer we stay stuck in this range the more I feel like we will mirror the price action from September 20, 2018 – November 25, 2018. This is what that would look like. $BTC #Bitcoin pic.twitter.com/oaR7VTA4dk

This week’s edition covers a slew of developer updates and news on a number of Ethereum-based platforms, including Maker, 0x and Liquality.

Ripple CTO and XRP co-creator David Schwartz has written a new post on blockchain under his pen name Joel Katz. Schwartz analyzes the definition of a blockchain, and what the technology is good for.

It is very difficult and expensive to provide this kind of security in a non-blockchain system. If one tried to put this capability into a non-blockchain system, one would essentially be turning it into a blockchain. It is this property that gives blockchains one of their most important characteristics – the absence of any central data store that needs to be defended…

Another key advantage of a blockchain is its unstoppability. Other than those caused by safety windows around rules changes, none of the top five blockchains had any actual downtime in the past three years. Very few centralized services can say the same.”

The Singapore-based crypto exchange Coinut has released an overview of Litecoin’s efforts to implement Confidential Transactions, what the technology is and why it is crucial to the cryptocurrency’s future.

In a new video, IBM’s head of blockchain Jesse Lund explains why the technology giant chose to utilize Stellar for its new World Wire remittance platform. IBM says six banks have signed letters of intent to issue their own stablecoins on the World Wire.

Vice President of @IBMBlockchain, @jesselund, explains how World Wire will solve the problem of global payments and why #IBM chose to build it on the #Stellar network!https://t.co/ZBot8qoG50

Tron’s file-sharing platform BitTorrent is analyzing a wide range of potential new features. According to a new poll, the project is looking at social media integration, gaming, retail services and a new way to let people earn BitTorrent Token (BTT).

Which use case would you like to use $BTT most for? If you have other opinions not listed here, don't hesitate to comment below!

Cardano founder Charles Hoskinson posted an update from Africa. Hoskinson is in Ethiopia, where the creator of Cardano IOHK has been training a class of Haskell developers who will create an unannounced project on the Cardano platform.