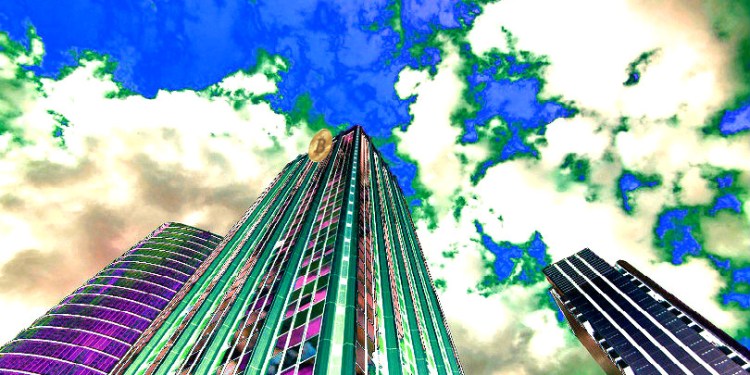 From Bitcoin’s price action to the adoption of XRP, Stellar, and Litecoin, here’s a look at some of the stories breaking in the world of crypto.

In the latest edition of DataDash, Merten compares BTC’s current price action to the market decline in 2014 and subsequent sideways trading in 2015, and says three indicators suggest Bitcoin is entering a period of sideways consolidation before a run to the upside.

Merten says the 50 and 100-week moving averages, stochastic RSI and true strength indicator all signal BTC is starting to enter a bottoming phase.

“We’re going to need to see much more substantial price action for Bitcoin to be considered in a bull market. So we’re in neither really a bear market as of the last few weeks, and we’re also not in a bull market. Again, we have to see a justification of price on either side.”

According to Merten’s analysis, current market conditions indicate it will take a few weeks or months for Bitcoin to start gaining momentum.

Days after adding XRP to its platform, the Bahrain-based crypto exchange Rain says the digital asset has officially been declared Sharia-compliant in an audit from their partner, the Shariyah Review Bureau.

Our Shari'a compliance audit was completed by our partner @ShariyahReview.

Ripple has been pushing to expand its presence in the Middle East, announcing an expansion in the region late last year.

In a farewell post, developer Alex Van de Sande outlines a number of the project’s technical problems, and names Samsung, Opera and Brave as projects that are better suited to move the tech forward.

“While I’m proud of all the accomplishments we achieved in this time advancing the usability of Ethereum and sharing a vision for web3, we feel Mist, the browser has outlived it’s usefulness: the ecosystem has matured so much that now the user has tons of great options of wallets and browsers on both mobile and desktop.”

This is a bitter post to announce, but we are discontinuing Mist. You can read the full post here but for your convenience I will try to summarize in a few tweets: https://t.co/eqw5yWacsa

There are mainly two reasons a good and a bad one: ecosystem and security

Jon Moore aka ‘Johnny Litecoin’, the vice president of Nationwide Merchant Solutions, is showing off Litecoin’s integration with the payment system Clover.

Checkout the Clover Flex device!! #Clover devices can easily display a #Litecoin Payment button with QR code printing on receipt for easy payment. Clover also integrates with @ecwid which allows for LTC/BTC Payments to come in from online and the data connects to Clover!! pic.twitter.com/WNVRG3BYKP

“By connecting to the World Wire network, Currency Matters now has access to a single unified network for foreign exchange and cross-border payments clearing and settlement built on blockchain technology and the Stellar public protocol. This will allow Currency Matters to offer clients the ability to conduct transactions across additional currency corridors and provide access to new digital assets including stable coins using Stellar Lumens (XLM).”

So far, IBM says six banks have signed letters of intent to issue their own stablecoins on the platform.

Tron currently has offices in San Francisco, Singapore and Beijing.

IOTA just released the latest edition of the Untangled podcast. The episode explores the platform’s push for smart city adoption, focusing on the energy sector and what the cities of the near future may look like.