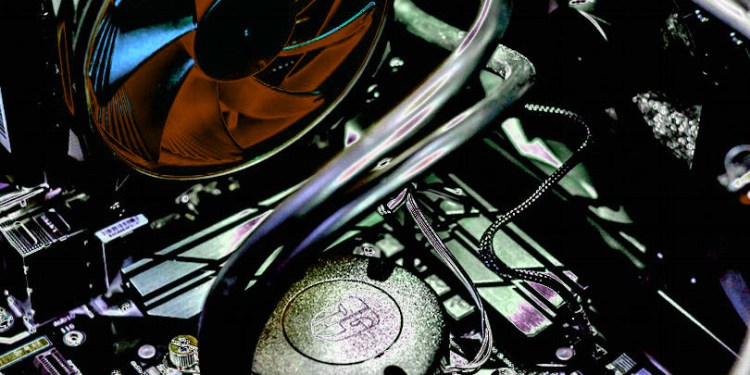 The long-debated Ethereum Improvement Proposal (EIP) 1057 about the Progressive Proof-of-Work (ProgPoW) consensus model is finally confirmed to be included in the next Ethereum hard fork named Istanbul in October 2019, as long as two third-party security audits confirm no technical issues that could cause a delay.

In the Ethereum core developers meeting on March 15, the proposed ProgPoW algorithm was brought on the table again and discussed. This time, the team agreed, with 94% favoring votes, to the implementation of ProgPoW, which is designed to allow for broader participation in the ETH network and close the mining efficiency gap between GPU and ASIC miners.

Being the world’s second largest blockchain, Ethereum poses so much influence to global traders. Since another important hard fork is approaching, we feel obliged to prepare a handy guide for our users to understand how the upgrade will affect the blockchain.

Where is it from?

The development of the Ethereum blockchain is a very well-planned task. Before Ethereum was rolled out, core developers and project managers had already foreseen some possible challenges and improvements it would take in the future and created a road map to improve the efficiency of the blockchain. After the previous Constantinople upgrade and the upcoming Istanbul upgrade, Ethereum is moving towards the next generation of Ethereum 2.0.

What is it for?

The spotlight of the Istanbul upgrade is on the implementation of the ProgPoW algorithm.

The ultimate goal of Ethereum is to become a decentralized global network supported by thousands of nodes. However, the existing Proof-of-Work (PoW) consensus model, which was made famous by Bitcoin, has been found to be heavily energy-inefficient and prone to the 51% attack. As such, there have been voices over the years urging for migration of PoW to Proof-of-Stake (PoS) model. Instead of racing on expensive ASIC miners for higher hash rate and power in a PoW model, a PoS algorithm chooses the creator (or validator) of a new block in a deterministic way, depending on his wealth (i.e. the stake).

Many recent reports indicate that hash rate and power have become concentrated in fewer hands, like the mining giant Bitmain, putting Ethereum’s decentralization and security at risk. By weighing much less on computing power, the PoS consensus is said to be fairer for general miners and more environmentally sustainable.

But the migration takes time. Therefore, the ProgPoW was introduced as a transitional measure to narrow the mining efficiency gap.

It is also noteworthy that the Istanbul upgrade is the final hard fork before Ethereum steps into the Serenity (aka Ethereum 2.0) phase.

What changes will it bring?

As described on Ethereum’s Github, ProgPoW is launched to “close the efficiency gap available to specialized ASICs.” To balance all miners’ opportunity to mine ETH, the ProgPoW algorithm is “pre-tuned for the most common hardware utilized” on the Ethereum blockchain.

After the Istanbul upgrade is rolled out, it is expected that the efficiency advantage of ASIC miners over GPU miners will decrease from 2x to 1.2x. In other words, ASIC miners will have less control of the network and GPU miners can benefit more.

In addition, Ethereum’s core devs will start working on the implementation of Serenity and PoS after Istanbul.

When will it take place?

Here is a timeline of the important events regarding the Istanbul upgrade: