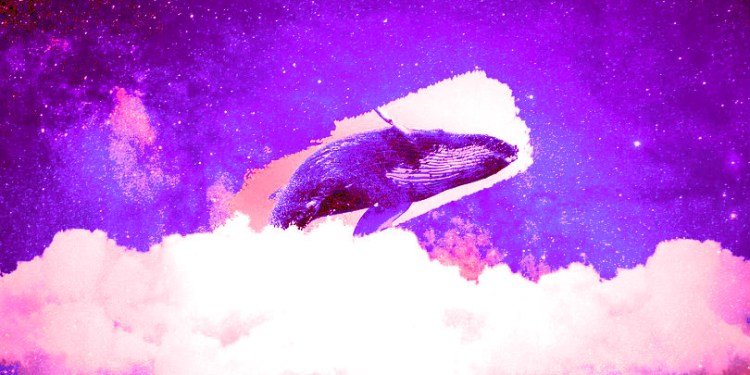 The CEO of cryptocurrency firm BCB Group says Bitcoin’s massive pump was triggered by a single Bitcoin whale, in a coordinated effort to buy nearly $100 million worth of BTC across three crypto exchanges.

Oliver von Landsberg-Sadie told Reuters a 20,000 BTC buying spree executed simultaneously on Coinbase, Kraken and Bitstamp is largely responsible for the surge, which briefly boosted the price of BTC above $5,000.

“There has been a single order that has been algorithmically-managed across these three venues, of around 20,000 BTC. If you look at the volumes on each of those three exchanges – there were in-concert, synchronized, units of volume of around 7,000 BTC in an hour.”

Crypto analyst DataDash says at some point, he believes large holders of Bitcoin who have accumulated BTC in over-the-counter (OTC) trades will have a large incentive to begin spot trading on crypto exchanges to lift the price.

“We have to understand that over the past months, we’ve had a good opportunity for OTC buyers to finally start picking up Bitcoin at these [lower] levels. And once they have enough incentive, once they have enough at stake in Bitcoin markets, once they’ve built up their long term positions, they have an incentive to trade on spot market. Meaning, to clear through the order book to start buying positions on spot market.

Why would they do that? Well, it’s because they’ve got a much more substantial position that they bought OTC where they didn’t incur slippage. And now they have an incentive for price to actually have slippage to the upside, to clear through that order book, to buy some extra Bitcoin on an exchange, really across most of the major exchanges, probably around 50,000 or 60,000 Bitcoin, and from there actually increasing the value of their much larger position. And this can happen in crypto markets, whether people think it’s moral or not. I think that’s substantially what’s happening.”

As for where the market is heading, crypto analyst Nic Trades warned her 93,000 followers on Twitter to watch for signs that the recent surge is a false breakout.

She says a 50% drop from the height of the swing across the major exchanges is the key number to watch.

“If we come back more than 50% of this swing, that’s where I would be concerned and would say that this is probably a false breakout… I would be a little bit less bullish if we close back underneath the 200-day moving average line. A daily close under $4,714 wouldn’t be quite so positive.”