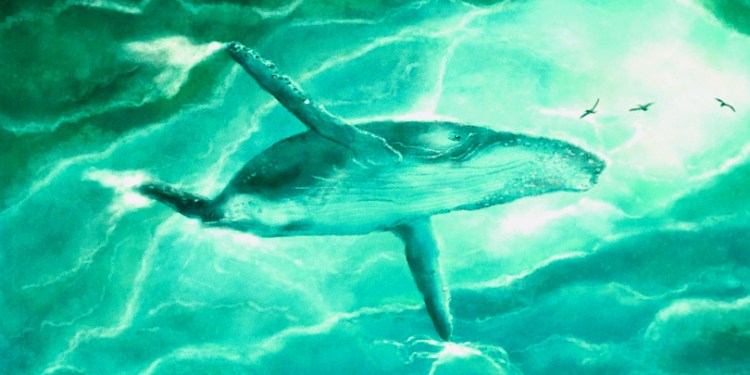 Fundstrat co-founder and head of research Tom Lee says some of the oldest and largest Bitcoin whales in existence are steadily accumulating and pushing the price of BTC higher.

On CNBC’s Squawk Box, Lee said a number of whales who sold when Bitcoin approached all-time highs in the last bear market are now getting back into the market.

“Bitcoin had a rough 2018. And for much of 2019 it’s been steadily climbing. And from what we can gather it’s because there have been positive things taking place. A lot of the old whale wallets are buying Bitcoin, so it’s been slow accumulation and steady accumulation. That means some of the original owners of Bitcoin, some of them who liquidated at $20,000 are starting to buy back.”

According to Lee, institutional infrastructure platforms like Fidelity Digital Assets and Bakkt, along with adoption in countries like Venezuala, is keeping optimism high. And Monday’s big 20% surge in the price of Bitcoin shows there’s a lot of “dry powder” on the sidelines.

“And then we saw positive developments like Bakkt is coming. And a lot of infrastucture, Fidelity custody. Activity has been picking up, especially in regions where there’s been a lot of inflation or political issues, like Venezuela or Turkey. And I think, finally we had a big move on April 1st. It wasn’t what caused it, but it was real evidence that there’s a lot of dry powder. That the crypto community kept a lot of cash, was waiting for Bitcoin to break $3,000. And when it didn’t, it made this move.”

Lee maintains that Bitcoin’s fair value is around $14,000, given factors like the number of active wallet addresses.

“If you were to take a combination of active addresses and activity per user that’s explained over 90% of Bitcoin since 2013, the fair value for Bitcoin right now is $14,000. I’m not saying it has to trade at fair value. Bitcoin is a network value. Fiat currencies are basically [valued by] how many people are willing to use it and adopt it…

A commodity during a bull period – and Bitcoin’s above it’s 200-day – generally trades 2 to 2.5 times its breakeven. So that would get you around $14,000, again. But in a bear market it could trade below its breakeven.”

Because of the volatility and huge risk involved in investing in Bitcoin, Lee says he recommends institutions and retail traders who want to get into the space put 1% or 2% of their portfolio into crypto.

“It’s basically the idea that you can afford to lose 1%, if it’s 1% of your portfolio…

For the majority of people, 1% is a small risk bet. But, Bitcoin makes all of its gains in 10 days in a year. I think this is an example that if you exclude the 10 best days, Bitcoin loses 25% a year. So, you’ve got to essentially hold it, or hodl it as they say, to really capture the gains.”