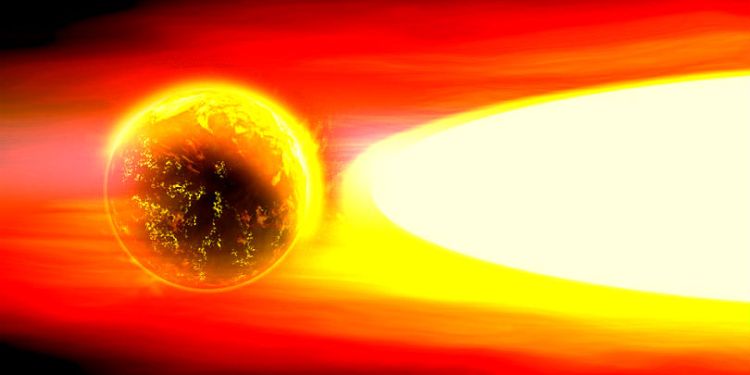 From a pair of forecasts on the price of Bitcoin to a curious tweet from Tron CEO Justin Sun, here’s a look at some of the stories breaking in the world of crypto.

The chief market strategist at ThinkMarkets is making crypto headlines once again. Naeem Aslam, who recently said Bitcoin could one day hit $400,000, now says he believes it’s only a matter of time before BTC reaches $100,000.

In a new article for Forbes, Aslam says smart money has been quietly placing their bets for months, and it won’t take much to bring retail investors back into the space.

“In summary, the move which we have seen today is mainly due to the strong momentum which has been building up for some. As I explained in my last article, the smart money is mostly interested to get involved in a bear market because the risk to reward ratio is at its peak. Bitcoin has the potential to topple the $100,000 mark and it is only a matter of time when this becomes a reality.

I am not saying that fiat money is going to vanish, but the way the central banks are managing the monetary policy, alongside the high levels of government debts, are going to bring the shine in the Bitcoin price again.”

Meanwhile, YouTube’s top crypto analyst Nicholas Merten (aka DataDash) says in the short term, he believes Bitcoin is on track to approach – but not break – $6,000.

“Unless we have some fundamental developments over the next month or two, I don’t think there’s enough substantial news to carry it past $6,000. And with [$6,000] being such a key level of support beforehand, this is going to weigh down as heavy resistance.”

Merten says Bitcoin is more likely to break $6K toward the end of this year, amid potential catalysts like improved regulation, institutional investments, better merchant tools and increasing adoption in countries like Venezuela.

Ripple has released highlights of a recent interview with Prajit Nanu, the CEO of cross-border payment startup InstaRem. According to Nanu, Ripple’s payment network is especially effective for clients who send smaller transactions overseas.

“In particular, enterprise customers can issue transactions ranging from $10 to $30,000. The smaller amounts are harder because the cost relative to the size of the transaction is high. And using batch transactions to lower the cost creates a longer delay.

Through InstaReM’s use of Ripple in the Philippines and Mexico corridors, InstaReM has been able to eliminate prefunding requirements and now offers faster remittances at lower cost. This ability allows InstaReM’s enterprise and consumer clients to send any amount of money instantly without batching, increasing transaction volume overall.”

InstaRem has been rumored to be considering Ripple’s XRP-powered xRapid, but so far the company has not confirmed whether it plans to adopt the technology.

The latest edition of the Into the Ether podcast is out, featuring the founder of the Connext Arjun Bhuptani.

Schwartz talks about the recent crypto rally, Litecoin’s push toward $100 and how he got involved with the Foundation.

A new clip of a fireside chat with Stellar co-founder Jed McCaleb and IBM’s head of blockchain Jesse Lund is now online. The discussion centers on how stablecoins can be used on the Stellar network to power cross-border transactions.

The engineering lead at Emurgo, Sebastien Guillemot, just gave an extensive update on the progress developers are making on Cardano.

Emurgo is Cardano’s commercial development branch, and is working on developing, supporting and incubating commercial ventures on the platform.

The Tron community is trying to decipher a classic pre-announcement announcement from founder and CEO Justin Sun.

The day after April Fools’ Day, Sun sent out a tweet saying Tron will release a scaling solution called the Sun Network, designed to boost the platform’s speed by 100x.

#TRON will release the detail of #Sun Network soon! #SUNNetwork is our layer 2 solution to achieve 100X scalability. #TRON’s dapp usage is poised to scale from the current millions to hundreds of millions after launch. GO #TRX and #BTT! #BitTorrent #BTT #TRX

The post is either a poke at Ethereum, which is working to dramatically increase its scalability, or a hint at how the Tron network will power the huge number of transactions anticipated to hit the network once the file-sharing platform BitTorrent integrates the Tron-based token BTT.