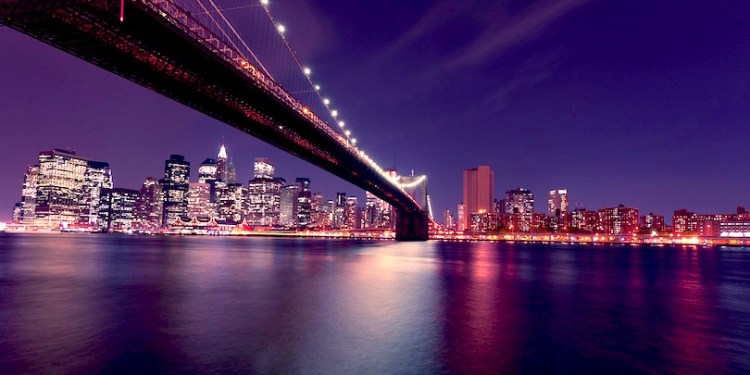 In a new interview on Bloomberg Markets, Ryan Selkis, founder and chief executive officer of crypto research firm Messari, outlines Bitcoin’s latest trajectory and addresses the fundamentals behind its recent price spike to $5,000.

“I think where we are right now is similar to where we were in 2016. There’s a lot of optimism behind the scenes in retail investment circles and especially in institutional investment circles. And there are three things that we look at in terms of long-term drivers.

One is this generational rotation out of gold and into digital gold, which is Bitcoin, which could be a $30-trillion asset rotation in general as millennials inherent their parents’ savings, and there is this wealth transfer.

If a fraction of that does end up funneling into crypto assets, you’re talking about a potential spike in valuations. This is a multi-decade play. More near term, you’re seeing a lot more institutional interest: Fidelity, the New York Stock Exchange and ICE. A number of other very deep-pocketed, well-funded companies are offering institutional-grade tools that will finally allow professional investors to exit the space and make large investments, similar to the one that we saw last night.”

The second key factor that Selkis sees is the realized-value ratio for mined rewards.

In the 2017 run-up, you saw multiples of realized value entering the Bitcoin asset in particular. And you saw that across assets. So I tracked that, and it’s finally come back to balance, and we’ve seen it start to accelerate in recent weeks.”

Selkis says that the transactional element of crypto that’s fueling the market is less about payments and more about collateralizing the asset class.

“[This] is probably the third tailwind that we see now – this emergence of a crypto lending market. Instead of this being dead assets, you can actually lend against it and use it as collateral. And we’ve started to see groups like Genesis Capital here in New York that’s originated a billion-dollars worth of loans in 2018, as well as more retail-focused applications such as Maker and BlockFi, also in New York.”

The billion dollar question is scalability. After Ethereum choked on Crypto Kitties in December 2017, a popular game with too many players and requests for the network to handle, the industry has been looking for the perfect scaling solution. As developers work to perfect and complete their concepts, a growing number of blockchains have entered the scene as competitors, such as EOS and Tron.

“Most of the long tail of assets and the platforms that are trying to compete with Bitcoin and Ethereum certainly have an uphill battle, and we haven’t historically seen much usage. I would say that Ethereum is probably next to Bitcoin in the only other protocol and digital asset that has gotten critical mass of users, and an ecosystem of developers building on top of that asset and protocol.”

A Bitcoin bull, Selkis has tweeted that he sees Bitcoin surpassing $50,000.

Without putting a timeframe on his prediction, he says the road will continue to be bumpy.

“I don’t think that we’ll ever see a lack of volatility for this asset because there is no central bank that controls Bitcoin.”

“I think that the killer app for Bitcoin and for other digital assets, as we get product market fit for some of these other applications, is going to continue to be speculative. And you’re going to see exchanges, asset managers and early stage investors reap the majority of the rewards before the masses come in in five to 10 years.”