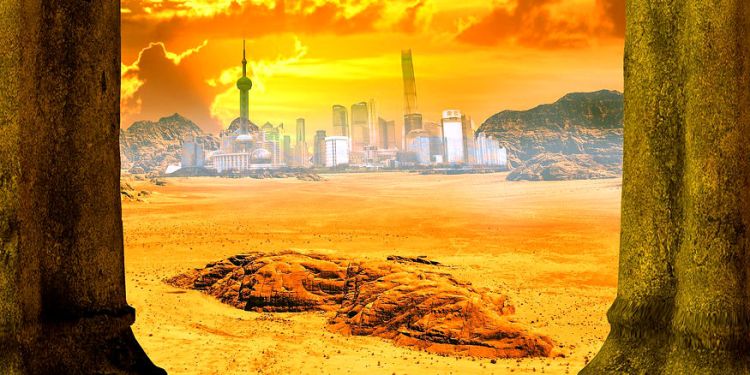 From a crypto legend’s new Bitcoin prediction to a sneak peek at the future of XRP payments, here’s a look at some of the stories breaking in the world of crypto.

Veteran technical trader Peter Brandt, who became a crypto legend for accurately calling Bitcoin’s plunge in January of 2018, is expanding on his new prediction that BTC is now gearing up for a parabolic bull run.

In a new interview with Yahoo Finance, Brandt explains why he’s now targeting BTC at $50,000.

“I believe that what’s happened from December of 2017 through December of 2018 is really an analogue to what happened in the 2013 to 2015 bear market, where we saw a sequential 10 up and down move in the bear market. And we’ve almost identically formed that same sort of pattern. After the 2015 low in Bitcoin, we saw the market then developed into a parabolic advance.

Brandt says he expects the bull run will happen over the course of the next two to three years.

“What we know is, when Bitcoin starts moving, it moves. It doesn’t hold up for everybody to catch the stage coach. And so, if we start developing some upside momentum, whether we come back down and have a break into the late summer and then start back up or whether we keep going from here, I think we’re going to see a similar parabolic advance.

This week’s edition covers the latest on Ethereum 2.0 and looks at a number of updates on Ethereum-based platforms including OmiseGo, Zilliqa and MyCrypto.

The head of Ripple-backed XRPL Labs, Wietse Wind, dropped a tweet showing new features that will debut in the XRP Tip Bot and the company’s upcoming XRP-based payments app.

To send a tip to a recipient, users will have a list of contacts at their fingertips and will be able to avoid having to enter cumbersome crypto addresses or scan QR codes, and will also be able to see when a potential recipient is nearby.

When we say $XRP for #payments, we're talking about making payments with $XRP as #easy and #fast as possible ? Soon in the @XRPTipBot App, some time from now in our payments- and signing app ? pic.twitter.com/RSQGA7bs0G

Litecoin is now four months away from its next halving.

The halving will cut the block reward given to miners in half and further slow the production of the coin’s finite supply, which is capped at 84 million LTC. You can check out a clock counting down the seconds until the next halving here.

Australian crypto exchange Independent Reserve is adding Stellar Lumens (XLM) this weekend. Trading will start on Tuesday. The exchange is now targeting institutional investors after becoming the first in the country to offer insurance coverage to its clients.

Independent Reserve is pleased to announce we will be listing Stellar Lumens this weekend!
Maintenance will begin Sunday 2pm. Trading will be enabled on Tuesday, and we will start off with 2 weeks of XLM trading at 0.1% brokerage! See here for more:https://t.co/oBJ5QanmFf pic.twitter.com/fkJL3dftG3

Tron’s latest weekly report on the platform’s decentralized apps (DApps) is out. According to the report, the Tron ecosystem now has 246 DApps up and running.

IOHK, the company behind Cardano, is creating a “symphony” designed to bring the blockchain to life. The project stems from a question posed by Cardano creator Charles Hoskinson who asked what a blockchain sounds like.

Why did we do this? Because what we do is beautiful and it's important to share that beauty with the world https://t.co/cEAr41K6y4