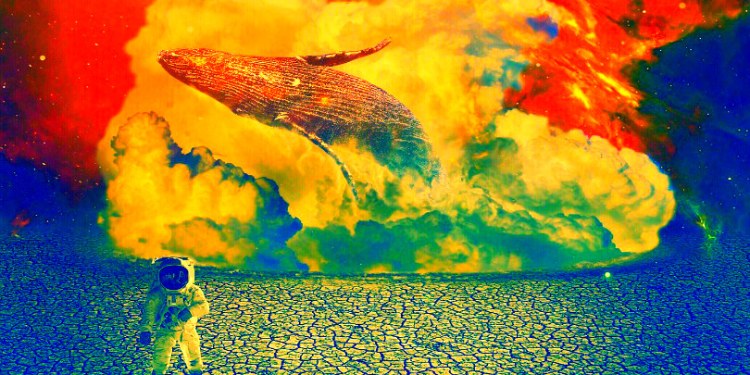 From the potential return of Bitcoin’s biggest buyers to new adoption for Ripple, here’s a look at some of the stories breaking in the world of crypto.

Fundstrat analyst and Bitcoin bull Tom Lee says he believes BTC is now decisively in a bull market. In a new interview with Bloomberg, Lee points to global macroeconomic factors and “true buying” from Bitcoin whales as two factors for the recent turnaround.

“At the start of this year, you could have made the bet that tailwinds were developing, because the dollar wasn’t strengthening. And a lot of folks now think the dollar could weaken – that’s a tailwind. And yuan has been rallying big – that’s China. That’s bullish for crypto because the correlation is so high.

We’ve had evidence that what they call OGs, or the whales, the original holders of crypto, are starting to accumulate again. A lot of them sold into early 2018.”

Lee cited new data from crypto market maker Cumberland, which reported a burst of large Bitcoin buy orders last week. According to Lee, the numbers show the death of Bitcoin has been greatly exaggerated.

“Most people who were skeptical of crypto and witnessed last year’s decline just said, ‘Look, Bitcoin’s dead. It’s on its way to zero because it’s down 90%’. But an instrument that can go back to its 200-day and hold it is now in a bull trend. So I think sentiment has to change because Bitcoin is now in a bull market.”

Despite Lee’s optimism, not all of the current analysis on Bitcoin is bullish. According to Bloomberg, a technical gauge that looks at intraday volatility flipped bearish last week, suggesting Bitcoin is in heavily overbought territory.

According to local news outlet News1, Buterin recently met with members of the South Korean parliament and gave a speech on the emerging industry. Specifically, Buterin is asking lawmakers to abandon the “blockchain, not Bitcoin” stance, saying cryptocurrencies are a vital part  of the blockchain ecosystem.

Xendpay is the sister company of RationalFX, which recently announced it’s also using Ripple’s cross-border payments technology to boost remittances between Europe and Malaysia. So far, both platforms are utilizing Ripple’s xCurrent and have not revealed whether they are exploring Ripple’s XRP-powered xRapid.

The next halving for Bitcoin Cash is now one year away. The halving is part of the coin’s deflationary monetary policy, and will cut the rewards miners get for powering the network by half, which will slow the creation of new BCH.

You can check out a countdown clock here.

The layer-two scaling solution is designed to dramatically increase the speed and lower the cost of crypto transactions.

Since Lightning Network was proposed in 2016, a few years have passed, and people have been talking about it all the time. What is the real situation of Litecoin's Lightning Network now?https://t.co/12zjHcCr3c@LTCFoundation @SatoshiLite @TheRealXinxi #LTC #Litecoin $LTC

The new #crypto on our exchange is @StellarOrg! ?#Stellar [XLM] is the eighth largest crypto in terms of capitalization. This coin gained great popularity in our voting, and now you can enjoy it while trading on the #XLM/BTC market!

Tron’s new partnership with Tether kicks off tomorrow. Tether is set to launch its new USDT coin on Tron’s network on Tuesday.

The stablecoin will support Tron’s growing network of decentralized applications including its popular gaming and gambling DApps.

Cardano creator Charles Hoskinson is set for an interview with YouTube’s Ivan on Tech. The interview starts at 8:00 a.m. PST and will cover Cardano’s 2019 roadmap, progress, price action and more.