The Next Step for Bitcoin, Ethereum and Blockchains: Designing DLT for Mass Adoption

by Max Demyan
in HodlX 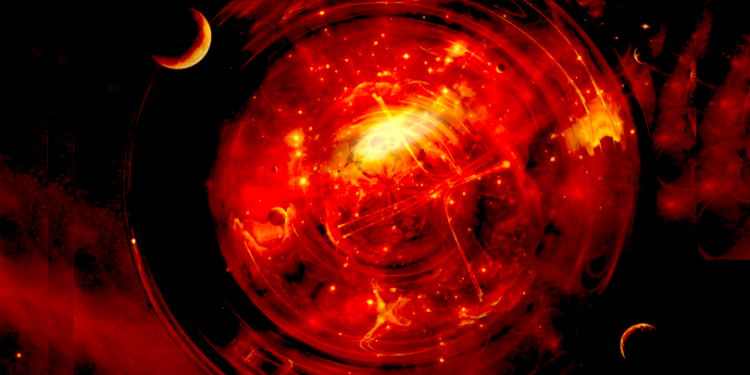 Layer-3 development is the next step for blockchain

Blockchain incompatibility has prompted the idea of “Layer 3.” Blockchain technology is one of the most over-hyped technologies in recent years. It suffers from serious teething problems, to say the least. After showing promise as being able to overhaul the top-down model of relationships, implementable decentralized solutions in the real world are still a long way off. They are either not fully decentralized or poorly scalable due to low throughput and/or lack of compatibility with other blockchains. Hence, there really is no ecosystem that has adopted it en masse. In this piece, we will take a glance at the main pain-points of existing blockchains and the solutions which aspire to alleviate them.

Decentralization vs. Scalability: A Story of One or the Other

The major disappointment is that you cannot achieve all the advantages of blockchain at once. You have to choose one or the other. The necessity of this choice is known as the DCS Theorem, which states you are allowed to implement only two options from the triangle of ‘decentralization?, ?consensus and scalability.’

Since one of the key features of blockchain is decentralization, every node keeps a full copy of the network status. As a consequence, the blockchain can process only a limited number of transactions. Therefore, a number of nodes capable of dealing with the load can be reduced to a bare minimum, and everything returns to the same old centralization.

Without the two first qualities of the DCS Theorem? – ?decentralization and consensus? – ?the system loses its original advantage and stops serving the purpose of true decentralization and equality. The more you focus on these two goals, the more complicated it is to apply the system to global markets that require speed and scalability.

Although the scalability issue has already been addressed by layer-2 solutions, which became all the rage in 2018, this is not the main focus of this post.

But first, let’s touch upon what they are all about. Layer-2 solutions are an off-chain superstructure on top of a base blockchain represented by state channels or side chains, which allow us to vary the mechanisms for achieving consensus between counterparties. The base layer is reserved for the most sensitive and security-demanding transactions and for anchoring data from sidechains.

The idea of a state channel reimagines the mechanisms for achieving a consensus between counterparties? – ?it happens locally on the network, not globally. To take advantage of state channels, you have to create a payment channel with a node that is connected to a larger network. The payment lines established between counterparties allow them to transact as many times as they want. The state of the performed transaction is transmitted to the underlying blockchain, hence the name ‘state channels.’

Counterparties do not have to trust each other because their interaction is guided and executed in the form of a smart contract. You can open multiple state channels so that the blockchain is not limited in its scaling.

The best-known second layer implementations are Liquid and RSK sidechains for Bitcoin, Plasma for Ethereum, and also for projects like the Lightning Network, Raiden Network, and Celer Network. Their main point is increasing throughput, assuring flexibility supported by high security of storage, and transferring value at the base level of the network.

If we turn to a particular implementation of layer 2 by the Lightning Network, the idea comes down to the capability of opening the payment channel between two users by including a special funding transaction in the underlying blockchain. None of the participants can willfully withdraw money, as both parties sign each other’s transactions.

Another standalone, yet related problem, caused by separately developing technologies is the lack of interoperability, which, in practice, means the impossibility of combining patchy blockchain ecosystems to freely exchange values.

There are a hefty number of incompatibilities in the world that weren’t eliminated at the origin. There are different types of sockets, right- and left-hand traffic, or various railway gauge standards. Many of us have traveled by train at least once in our life, crossing the boundaries of different road standards. The difference in just a few millimeters in width between the rails causes a need to replace the wheels under each car or transfer passengers to another train. At the production level, incompatible standards lead to a situation in which the same train cannot be used on the lines of, for example, Spain and the rest of the EU. This requires a huge investment in the development and testing of individually customized technical nodes by manufacturers.

The same goes for blockchains, which are all written in different languages and configured for different tasks. If they were interoperable, we would be enabled to transfer values quickly and not rely on centralized exchanges. But there is no law or agreement in place that would force developers to create a one-size-fits-all network.

None of the projects related to layer 2 address this problem, except Lighting Network’s plans to kick it further down the road. But is it even possible to solve the problem of interoperability at this level?

The project embarked on advancing the concept of a trustline, which resembles the Lightning Network and Raiden’s bidirectional channels. The idea is based on the local consensus of only those users that are involved in a particular transaction but are implemented in the form of mutual trust between them instead of multisig liquidity.

The system is fueled by a network of users on different blockchains and digital payment platforms who trust one another to issue and settle IOUs (I owe you). This means that one user can borrow from another who trusts him and then issue a token acknowledging the debt. Participants can create a large network of users who trust one another in the form of chains. This means that two users who do not trust each other can transact through a common intermediary with which they both have a trusting relationship.

Another concept is the idea composite channels, which are a combination of trustlines with user-issued assets and classic state channels with cryptocurrency locked up in an on-chain multisig wallet. This combines scalability with a trustlessness of the base layer blockchain or multiple blockchains.

The features of layer-3 technologies allow finding a common language not only for blockchains but also for decentralized cross-chain exchanges, payment systems, dApps, and IoT-fueled solutions. The whole point of layer-3 technologies is that they are not obsessed with blockchains, but instead, they help them find connections with traditional financial systems, thereby speeding up the adoption of decentralized technologies. This allows us to combine different values holding these systems into a unified Internet of Value, with no boundaries for exchanging various types of assets: cryptocurrency, fiat money, or digital equivalents of virtually any goods and services.

The exchange of values is likely to happen through decentralized solutions. However, the obsession with blockchain and the growing commitment to decentralization is hardly going to be the right way to bring about its adoption en masse. Existing blockchains and auxiliary tools that increase throughput are no longer enough to make it to the end user, who would need to be ready to make purchases and money transfers through DLT.

It’s safe to say that the interoperability of private blockchains and their compatibility with exchanges and payment systems, both blockchain and server-based, will require new solutions from the developers of layers 2, 3, and beyond.

CEO at the GEO Protocol
Max has an intensive experience in the field of real business (he is an owner of one of the retail chains) and trading on traditional and crypto stocks. His financial education allows him to analyze and predict the situation, and develop new disrupting products for the future. Max is an ideologist, visionary and CEO of the GEO Protocol – the technology for decentralized P2P exchange of value that is not based on a common ledger.