Bitcoin Moguls Say Crypto Will Rearchitect the Future – As BTC Bulls Push Gold 2.0 Back Above $5,100 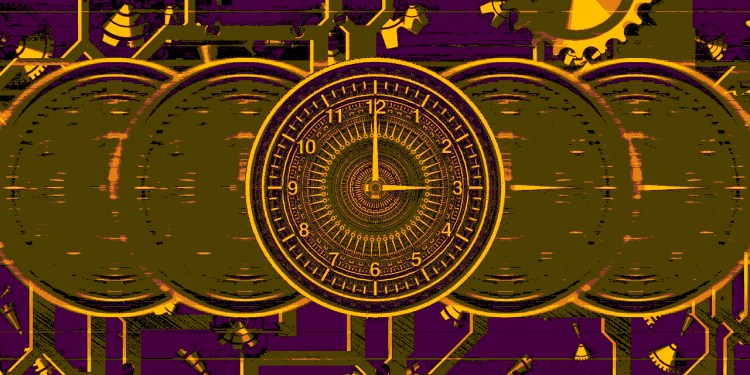 Early Bitcoin investors Cameron and Ty Winklevoss, who founded New York-based cryptocurrency exchange Gemini, say they’ve been through numerous boom and bust cycles with Bitcoin and have weathered all the ‘Bitcoin is dead’ proclamations.

In a new interview with Bloomberg columnist Barry Ritholtz, the crypto pioneers and blockchain venture capitalists say they’re gearing up for the next big crypto wave which they believe will eclipse the wild ride of December 2017 through January 2018, when Bitcoin hit an all-time high of nearly $20,000.

“Instead of looking at the 52-week highs, look at the 52-week lows. And each of them are stepping up into the right direction. Now, the way we get there is kind of a wild ride in between, but we’ve lived through this before – and now people call it a crypto winter. This is the third or fourth winter we’ve been in. We’ve seen this before, and it’s pretty typical of early-stage technology. People get over excited. It re-corrects. Then entrepreneurs come and continue to build great stuff, and then it’ll go ahead. So we fully think that there will be another wave, and it should be probably more exciting than the last one.”

Back in December of 2017 their Bitcoin holdings soared to over $1 billion. That valuation has since drifted back down into the stratosphere, as BTC is now worth a quarter of the price. But as the value of the world’s leading cryptocurrency sank, the Gemini twins say productivity at their exchange skyrocketed.

Their team has been producing a slate of products and infrastructure that they say is positioning the company for the long haul.

“We say internally that we’re building a centurion, a hundred-year-plus company…”

“As the price was rushing up to $20,000, I was getting tons of texts and questions from people: ‘Should I buy? Should I buy?’ And I was like, I don’t know. It feels like there’s a lot of froth here. Now I’m getting the questions again because people are seeing it at $4,000, and it’s sitting there, and it’s been there, and I think we’re going into month 13 of the bear market. People are starting to say, ‘Hmmm, it’s starting to look pretty interesting.’ Like it’s starting to look cheap. But if you zoom out enough, our view, at least with Bitcoin, is that it is a digital gold.”

“The qualities that make gold valuable, if you break them down — scarcity, for instance, Bitcoin is actually fixed. Divisibility, portability. Bitcoin is like sending email. Fungibility. So all of the characteristics that make gold valuable, Bitcoin has those characteristics. It either equals gold or is better than gold. So we call it gold 2.0. And Bitcoin’s market cap, I haven’t checked today, but let’s say it’s $100 million – gold’s at $7 trillion. So if it’s a better gold, it’s gotta get that high as a market cap. So we think Bitcoin is better at being gold than gold. So therefore, it has a lot of room to appreciate.”

Despite reports about crypto hacks, they affirm that the Bitcoin protocol has never been hacked. And cryptocurrencies are primed to replace outdated systems and methods of moving value.

“Most of the payment mechanisms that we grew up with are decades old. The Fedwire system is ancient. Credit cards, I think, came from the 50s and 60s. And I remember the first days of eBay when I ordered some stuff. I did a money order through the post office. You go to the post office, you give them a hundred bucks, they give you a slip that’s basically a credit that you put in an envelope. You mail it off, you get your goods. And then PayPal came out, and you’re like, ‘Wow, that’s amazing. That just made my life so much easier.’ But then you realize that it’s still sending value to the existing system and protocols. It’s really not a global payment system. And then you discover Bitcoin, and you’re like ‘Oh my god, this is truly amazing.’ You can send any amount of money for very cheap, anywhere in the world, pretty much instantaneously.”

The innovations that have sprung from these revolutionary concepts include stablecoins and blockchain networks that are allowing people all around the world to send and receive money, transferring value across borders without a conventional bank account.

“This space is here to stay. Cryptocurrency is not going away. It’s going to power and rearchitect the future internet. People talk about Web 1.0, 2.0. We’re on the beginning of Web. 3.0. So it’s something you should learn more about and take seriously.”

BTC reached this year’s high of $5,417 on Wednesday, according to data compiled by CoinMarketCap.

Messari’s Real 10 Volumes index, which tracks crypto trading volumes from a select group of exchanges, including Gemini, shows BTC 24-hour trading volume at $203.8 million, down 35.9% since March 27 when trading volume topped $318.3 million for the same period – in the run-up to BTC’s double-digit gains in early April.