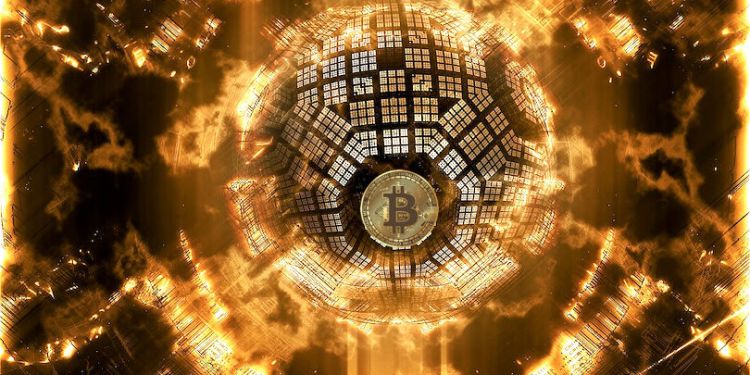 Binance is delisting Bitcoin SV (BSV), a fork of Bitcoin Cash, effective April 22. Announced in a tweet on Monday, BSV is currently trading at $65.58, down 6.9% at time of writing.

Australia-born Craig Wright launched Bitcoin SV last year and has been competing with Bitcoin ABC for dominance over the Bitcoin Cash network ever since. But his bid has been contentious, boiling over into a full-blown civil war within the crypto and Bitcoin community.

CZ threatened to delist Bitcoin SV if Wright continued to proclaim that he’s the creator of Bitcoin, aka Satoshi Nakamoto, and if he continued to go on offense against those who disagree with him.

CZ claims that Wright’s rhetoric has been divisive and has poisoned the cryptocurrency industry.

“To be clear, I don’t choose sides on technology. We let market do that. I am against fraud, such as lying to be someone. As such, it is my strong opinion that: Craig Wright is fraud. The real Satoshi can digitally sign any message to prove it. This is as simple as breathing for him/her. And we have the pub key. Until then, everyone is Satoshi, except Craig Wright!

Lastly, anyone who supports BSV from a tech perspective should be attacking the fraudulent Craig Wright, who is poisoning YOUR community, and not attack the rest of the world. Anyone thinking CW is Satoshi should read about how a private key works, ie, learn about crypto.”

CZ’s allegations against Wright follow several others. Crypto blogger Peter McCormack received a lawsuit letter from Wright who claims that McCormack caused “serious harm” to his reputation. Meanwhile, crypto enthusiast and anonymous Twitter user Hodlnaut, who launched the Bitcoin Lightning Torch as an experiment, has called Wright a “fraudster.” His attack prompted Wright to threaten him with legal action.

The legal letters assert that Wright is the real Satoshi, creator of Bitcoin. McCormack posted the letter on Twitter. His response,

“I believe that claiming to be Satoshi and promoting a fake version of Bitcoin is fraudulent. I believe this is in the public interest.

Bitcoin SV supporter Calvin Ayre took to Twitter to respond to the actions of CZ Binance.

“Wow…Binance is not an honest broker. They are playing god. Maltese regulators have to investigate and likely other jurisdictions also. All this because they are upset that Craig is now willing to prove he is Satoshi…what are they afraid of?

Wonder how much Ether these guys own? There has to be a massive conflict of interest.

Yup….this is a good time to open a Bitcoin SV exchange…just when one of the largest in Asia has kicked all the BSV customers to the curb over petulance. Business in a box :-)”

Meanwhile, Jack  C. Liu, head of international at OKCoin, is partnering with OKEx to launch a Bitcoin SV-based exchange.

“Jack is smart..he entire exchange will be manage on real #Bitcoin #BSV.

Here is more details on the new exchange that will mop up all the business Binance is throwing away in its unlawful temper tantrum.”