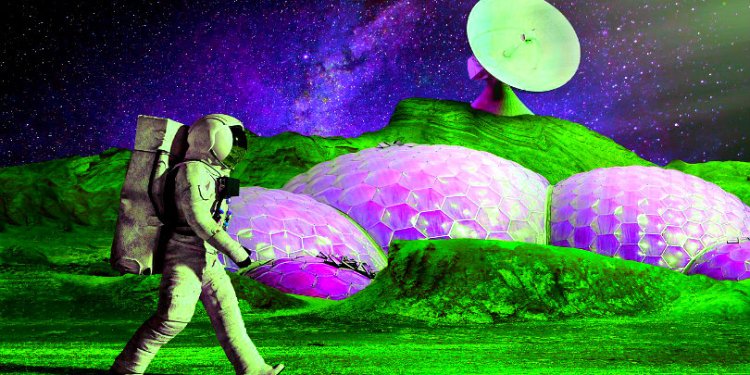 From a huge Bitcoin bounty to a new milestone for Litecoin, here’s a look at some of the stories breaking in the world of crypto.

A treasure hunt for $1 million worth of Bitcoin is underway, thanks to a mysterious message from space.

According to an anonymous message broadcast on a satellite operated by Blockstream, the keys to a million-dollar Bitcoin wallet have been split into a thousand pieces. The first person to collect 400 of those pieces can unlock the treasure using “the magic of the wizard Shamir” – a reference to a cryptographic algorithm called Shamir’s Secret Sharing, which was developed by Adi Shamir back in 1979.

Some clues are located in physical locations around the world, and others are contained in puzzles that will be revealed on a site called Satoshi’s Treasure.

Received a new message over @Blockstream Satellite. It appears to be a treasure hunt for $1,000,000 in #bitcoin, with included GPS coordinates for the first part of the hunt! ?????? https://t.co/M4mKMbQ8KU pic.twitter.com/HzkEJ8RFXc

According to CoinDesk, a company located on a “tropical island” is behind the treasure hunt, and an app will be released that will “help players keep track of clues and updates” and also “be a conduit for sponsorship and partnerships with external brands.”

This week’s edition covers the latest on Ethereum 2.0 and looks at a number of updates on Ethereum-based platforms including Enjin, Maker and Augur.

“We invested in Ripple. We commercialized their technologies. They became our co-partners in solving these pain points I just mentioned.

We actually solved pain points for Thai migrant workers that live in Japan. We helped them send money home through 30,000 ATM machines. Beyond that, people ask, ‘Ok, besides Thailand, what can we do?’ We looked at our presence in the regions. Cambodia, we have Vietnam, we have other countries. So we said, ‘Ok, let’s do that.'”

“One bank that I’ll highlight that has certainly been aggressive and progressive in their approach is Siam Commercial Bank in Thailand. And the work they’ve done is really setting them up to be a next generation hub. As some in the correspondent banking community retract from some parts of the Southeast Asian market, Siam Commercial is actually solving that and using blockchain and even using digital assets to help solve that problem.”

Litecoin’s hashrate has reached a new all-time high – an important sign that indicates the network is thriving and the number of Litecoin miners is growing. The latest data from BitInfoCharts shows the platform’s hashrate has essentially doubled since the start of the year.

Tron’s latest weekly report is out. The new edition covers the platform’s work on implementing anonymous transactions, the launch of BitTorrent Live’s beta and a number of ecosystem milestones, including the creation of more than 2.4 million accounts on the Tron network.

Cardano creator Charles Hoskinson is highlighting the performance of the latest release of the Yoroi wallet.

Yoroi is a Google Chrome browser extension. It’s a lightweight wallet designed to require little bandwidth because it doesn’t need to download a full copy of the blockchain onto users’ computers. Private keys are encrypted and stored on computers instead of centralized servers, providing an extra level of security.

Yoroi can be synced with Cardano’s full-node wallet, Daedalus, which connects with servers to download a full copy of the blockchain. Native cryptocurrency ADA can then be sent between both wallets.

This nearly brought a tear to my eyes. Damm kids, you're killing it! https://t.co/0oE3BE1ym0

IOTA has also revealed an update on its mobile wallet called Trinity. A new version, which will be released to the public “very soon”, is now live for private alpha testing that abandons two-factor authentication.

“With this new version, we have decided to remove 2FA from all Trinity platforms. This is something we have been considering for a while, and with additional confirmation from the security auditors we decided that 2FA (in its current form) simply doesn’t provide enough additional security for it to be useful.”