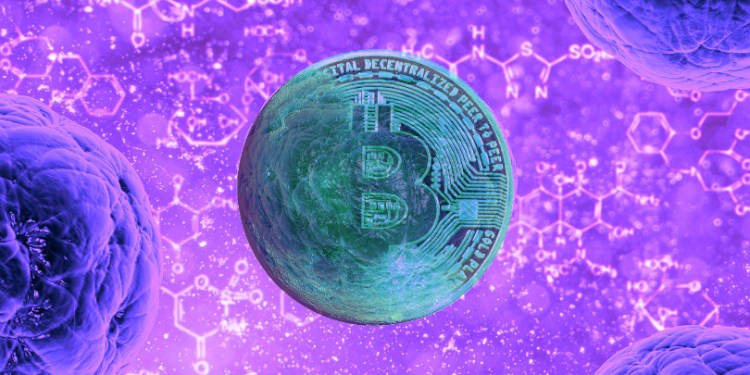 From a Bitcoin prediction gone viral to a brush with fate for Ripple and Ethereum, here’s a look at some of the stories breaking in the world of crypto.

A theory on how Bitcoin will plot a course back to its all-time high is going viral on Twitter.

The prediction, posted by a crypto trader who goes by the name B.Biddles, uses a popular stock trading indicator called a bump-and-run reversal (BARR), which highlights an accumulation phase followed by a bump to the downside and then a surge toward previous highs.

According to an analysis of the theory from CCN, the BARR points to a potential Bitcoin breakout to $6,800.

Meanwhile, Murad Mahmudov of Adaptive Capital predicts the bear market is not over yet. On Trading View, Mahmudov plotted an incoming BTC rally to about $5,700, where Bitcoin traded for months in mid-2018. After that, Mahmudov believes Bitcoin could then crash to $4,800.

Mahmudov became well-known in the crypto community for outlining his “ultimate Bitcoin argument” on Anthony Pompliano’s Off the Chain podcast. In January, he said Bitcoin may not have found its bottom yet and could still fall as low as $1,700.

On Twitter, Buterin revealed that he applied for an internship at Ripple back in 2013, but was denied a visa because Ripple had only been around for nine months instead of a year, which is the minimum requirement.

The Litecoin Foundation’s partnership coordinator Andrew Yang has crafted a series of resources for anyone hoping to become familiar with LTC.

Yang has released a series of guides on The Lite School, including an introduction to Litecoin, understanding wallets and an overview of the technology powering LTC.

The Stellar Development Foundation has announced a number of new hires.

Tron’s latest overview on the network’s decentralized app (DApp) ecosystem is out. According to the report, more than 300 DApps are now running on Tron.

IOHK, the company behind Cardano, has released more than 17 hours of footage from its recent summit in Miami. You can check out the overall agenda and speakers at the summit here.