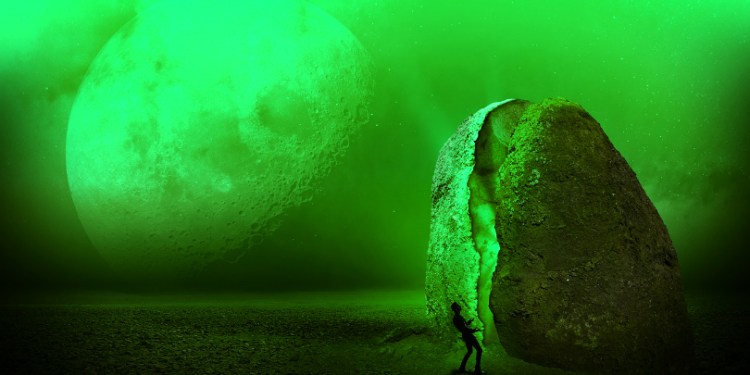 CoinMetrics says the move likely started on HitBTC’s Bitcoin-Tether market, with a matched trade of about 500,000 Tether for 122 Bitcoin.

That trade was immediately followed by two more big buys on Coinbase and Bitfinex, which triggered a domino effect that dramatically raised the price of BTC from $4,200 to more than $5,000 in the span of about an hour, boosting BTC’s market cap by more than $12 billion.

CoinMetrics says the timing of the trades indicates they were designed to have maximum impact during a period of relatively low liquidity, forcing stop losses and a short squeeze through liquidations of margin positions and short futures positions.

“Our theory is that a single committed actor went long and traded in a manner that maximized price impact. The movement in price started at 04:30 UTC time, the point in the day where global liquidity is at a minimum.”

Here’s a closer look at the big trades on HitBTC, Coinbase and Bitfinex.

A number of theories on what caused the Bitcoin pump have circulated since the rally.

One largely dismissed theory is that crypto trading bots began buying BTC after tracking a fake April Fools’ Day article pretending a Bitcoin ETF had been approved by the US Securities and Exchange Commission.

Crypto market maker Cumberland reported a surge of 13 Bitcoin bids on BitMEX worth more than $4.9 million each, all traded in less than an hour, starting after midnight on April 2nd.

Desk Update: The post-trade analysis of Monday evening’s price action revealed a series of large bids (>1,000 BTC per order) within a 1 hour span, which appear to be actual buyers vs. forced liquidations. pic.twitter.com/UiuHLoCbPr

The CEO of cryptocurrency firm BCB Group, Oliver von Landsberg-Sadie, says he also believes the pump was initiated by a single Bitcoin whale, in a coordinated effort to buy nearly $100 million worth of BTC on three crypto exchanges.