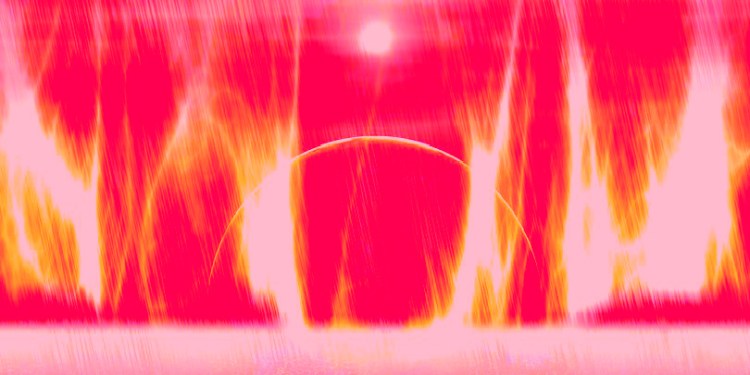 A trio of crypto analysts are warning that the early 2019 altcoin rally may already be coming to an end.

According to analyst Luke Martin, altcoins were growing at a healthy rate along with Bitcoin until BTC’s sudden jump above $5,000 on April 2nd.

Generally speaking most alts had positive corr with Bitcoin's moves for the past 5-6 months.

*cc of $ETH, $LOOM, and $VET used as an example* pic.twitter.com/vCYu7bw4jF

From that point on, Bitcoin’s dominance over altcoins began to rise, jumping from 50.08% on April 1st to 54.52% at time of publishing, according to CoinMarketCap.

The move suggests traders sold some of their crypto altcoin assets to ride the Bitcoin wave, a trend that crypto trader Benjamin Blunts says does not bode well for alternate cryptocurrencies in the short term.

closed off all altcoin positions, was fun while it lasted.

BTC dominance now breaking up does not bode well for alts pic.twitter.com/GR4LI6xhDG

Fellow analyst DonAlt says he’s receiving a lot of messages from his followers asking if it’s time to sell, a sign of current capitulation in the altcoin market.

It's heartbreaking to get all these "Should I sell my alts now" messages.
The beginning of capitulation is usually a bad place to sell anything.
The end of it is even worse.

If you sell now you probably won't rebuy the bottom.
If you don't you'll probably capitulate the bottom.

Altcoins have experienced a wild ride for much of 2019.

On Sunday, a crypto investor called The Rhythm Trader compiled a list of coins that have so far outperformed BTC in 2019, including Ravencoin, Binance Coin, Litecoin, Enjin Coin, Basic Attention Token and more.

Altcoins have historically had a strong correlation with Bitcoin, and in the long run, the rising tide of BTC tends to lift all crypto assets.

To that point, Fundstrat analyst and crypto bull Tom Lee says the recent drop in correlation between Bitcoin and alts may be an indication that a wider, long term crypto asset rally has only just begun. Lee says an average of the last two major altcoin rallies indicates crypto alts may be poised to rise 1,100%.

“Since 2015, one of the ‘pre-conditions’ for the start of alt-season is a drop in the correlation between Alts and $BTC This drop in correlation has started recently (lower part of chart and scale is inverted) This is a data point to suggest alt-season could be underway.” 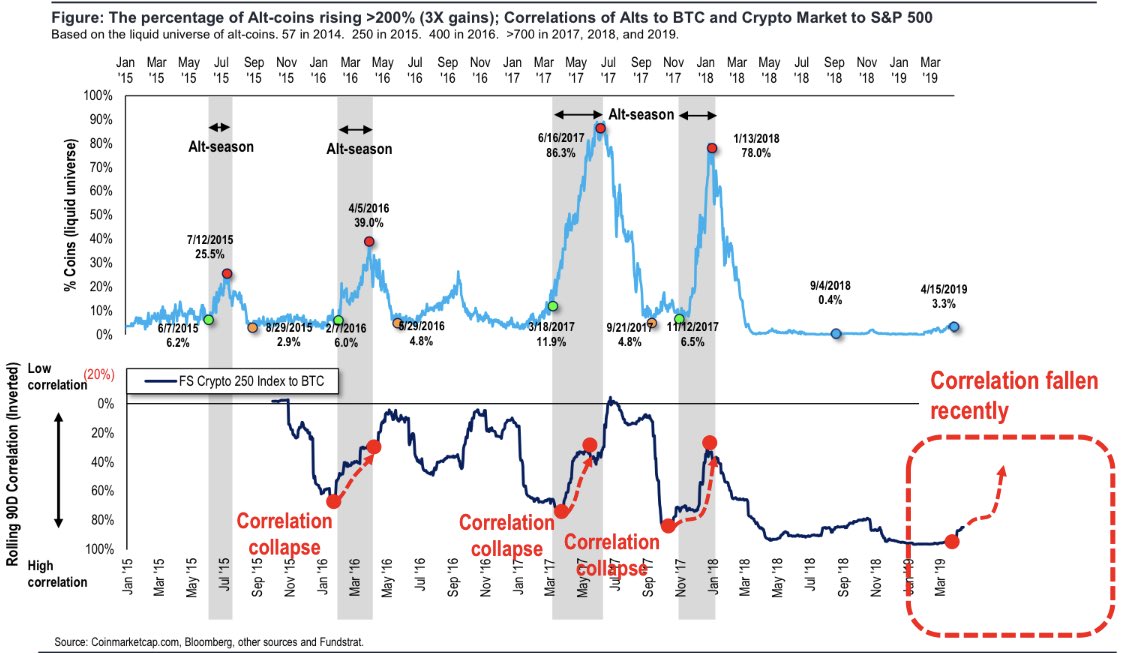