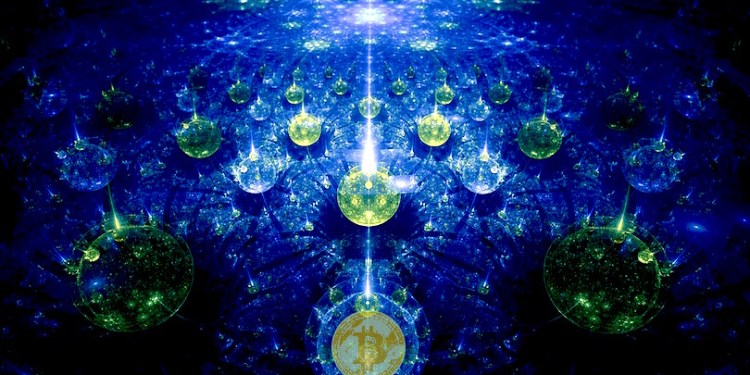 As the cryptocurrency market reacts to a 23-page report released by the New York Attorney General’s Office, alleging that digital asset trading platform Bitfinex has committed egregious fraud, crypto insiders are weighing in on whether or not the manner in which these allegations came to light is good, bad or terrible for the cryptosphere.

The lawsuit accuses crypto exchange Bitfinex of intentionally misleading the public. According to the report, it continued to do business with New York companies and used third-party payment processors to fulfill client requests to cash out into fiat since it had “no reliable bank that could or would work with it.”

“Because Bitfinex and Tether allow clients to deposit and withdraw U.S. dollars in exchange for virtual currency, the companies hold large sums of U.S. dollars. and must maintain relationships with banks that can reliably hold the funds and process client deposits and withdrawals, including banks that can operate in the United States and will service U.S. individuals.”

The AG alleges that Bitfinex knew that its third-party partner Crypto Capital, which controlled $850 million in funds, was refusing or unable to process withdrawals or return funds.

The fraud included tweets, blog posts and other communications with investors to cover up serious problems.

“Similarly, on October 15. 2018. Bitfinex published a notice to the market stating that ‘it is important for us to clarify that: All cryptocurrency and fiat withdrawals are. and have been. processing as usual without the slightest interference . . . All fiat (USD. GBP. JPY, EUR) withdrawals are processing, and have been, as usual.”

The same day of the notice, a senior Bitfinex executive made an urgent plea to Crypto Capital to release the funds. He wrote “please help” to no avail.

The exchange, owned and operated by iFinex Inc., headquartered in Hong Kong and registered in the British Virgin Islands, denies any wrongdoing.

Morgan Creek Digital co-founder Anthony Pompliano puts a pin in the entire scandal and any concerns that the actions by the New York Attorney General will have a widespread or lasting impact on Bitcoin or crypto, tweeting that the news doesn’t matter.

UNPOPULAR OPINION: The Tether news doesn't matter. Nobody outside a very small group of cryptocurrency enthusiasts even understands it or cares.

Caitlin Long, a Wall Street veteran, crypto enthusiast, and gubernatorial appointee to the Wyoming Blockchain Task Force, emphasizes that she is “stunned” by the allegations and what she calls a double standard.

“STUNNED but not surprised by #Bitfinex #Tether news out of #NewYork. I’ll let other cryptolawyers analyze it but here are two macro thoughts: (1) There’s a big double standard here. (2) Exchanges, clean up your act–cryptographically prove your solvency.

First, the double-standard. Why didn’t the NY AG throw the Martin Act at Merrill Lynch for doing something actually quite similar from 2009-12? Seriously, why the double standard??? Quoting the SEC’s press release here: https://www.sec.gov/news/pressrelease/2016-128.html…

“The maneuver freed up billions of dollars per week from 2009-12 that Merrill Lynch used to finance its own trading activities. Had Merrill Lynch failed in the midst of these trades, the firm’s customers would have been exposed to a massive shortfall in the reserve account.”

. It’s really important. So…Merrill Lynch commingled customer funds, used them to cover its own obligations, & had it failed its customers would have been exposed to a “massive shortfall in the reserve account.” Where was the NY AG??

But there’s MORE! Merrill held $58bn/day (!!!) of customer securities in an account subject to its creditor lien. Per the SEC, “Had Merrill Lynch collapsed at any point, customers would have been exposed to significant risk & uncertainty of getting back their own securities.”

Yeah, that Merrill stuff was pretty bad, and it paid a $415mm fine to the SEC in 2016. But the SEC handled it in a manner that didn’t spark sudden panic & customer withdrawals from Merrill. But today, #NewYork went w/ the “gotcha” approach & pockets of panic seem to be ensuing.

So…#NewYork did good investigative work here but needs to be called to task on why the double standard, and why the “gotcha” approach? Why not do the same to #WallSt firms when they play similar shell games???

Founder and CEO of crypto investment firm Onchain Capital and host of the Crypto Trader show on CNBC Africa, Ran NeuNer says the news is positive because it will wash away bad actors. He asks how Bitfinex approved its relationship with a partner that could withhold its $850 million.

“Pardon my ignorance but how do you give a company $850m to process payments on your behalf without some real due diligence/guarantees in place?”

Net net I think the move by the NYC attorney general against Bitfinex is a good thing for the ecosystem. We need bad players and frauds to be taken on by legislators and we may even need strong regulation to get real money into the ecosystem. This is part of the clean up.

Ironically, this latest Bitfinex drama may be the one thing that disproves the “Bitfinex’ed” conspiracy theory. If USD in that amount was seized/stolen/held by Crypto Capital, then the USD backing Tether DID actually exist after all. @Bitfinexed claim was that USD never existed.

In the wake of the Attorney General’s allegations, trading on Bitfinex shot up by 284%, according to CoinMarketCap. leading to the 7th single largest day of Bitcoin transactions.

Only 7 days in Bitcoin history have seen more transactions in a single day.

At time of writing, the flurry of trading on Bitfinex has subsided, down -71.2%.

Trading volume tracker Bitcoinity shows that the exchange now accounts for just over 16% of Bitcoin trading volume, down from 20% immediately after the AG’s announcement.

In an official response to the allegations, Bitfinex says it is cooperative and compliant, and urges the AG to assist in its recovery of the $850 million in question.

According to the AG’s Office,

“Neither Bitfinex nor Tether are registered for service of process in New York.”