How Linking Blockchains Can Decrease Congestion on Networks 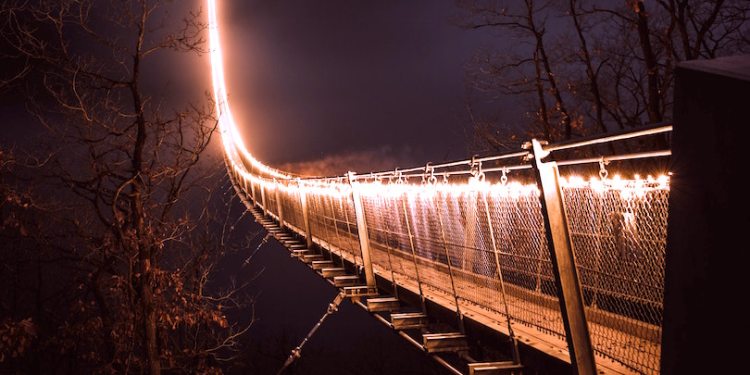 Despite the tumultuous trading period since early 2018, blockchain technology remains a growing and necessary component of future advances in technology and business. Many articles have been written about an “altcoin apocalypse.” And it certainly appears that the apocalypse is upon us.

Although Bitcoin has shown some very recent signs of life, cryptocurrency remains in a prolonged bear market. During this period, it is likely that only the best of the best projects will survive. The projects that do survive will have inevitably used blockchain technology to solve a critical problem. And a major problem that needs to be solved is decreasing congestion on networks and therefore increasing transaction speeds.

The technology adoption life cycle is a sociological model that describes the acceptance of a new product or innovation, according to the demographic and psychological characteristics of defined adopter groups. The model indicates that the first group of people to use a new product is called “innovators,” followed by “early adopters.” Those groups are then followed by the early majority, late majority, and finally laggards.

There is no doubt that blockchain is still in the innovators phase. Blockchain technology will lead to incredible changes in the business landscape, but everyone involved must still remember that it is early, very early. And because it’s so early, there are bound to be kinks that need to be worked out. A big issue is transaction speed.

One of the big factors affecting speed is inevitably network congestion. This became apparent in late 2017 when Bitcoin and the entire crypto market soared to unimaginable valuations. As new money continued pouring into the market, the number of transactions soared. This led to significant congestion which resulted in a lot of delayed transactions and many frustrated cryptocurrency users.

So, going forward, one of the advancements that’s needed to take blockchain to the next group of the technology adoption life cycle is reducing congestion on payment networks. One way to do that is by linking blockchains.

One of the primary goals of blockchain technology is to help consumers reach a trustless agreement with ease in most (or ideally all) aspects of life. However, one of the difficulties currently is that many chains are developed with the purpose of making other chains obsolete. Many chains want to be the one chain that fits all situations and circumstances. But, that likely isn’t the best solution.

Instead, a much more desirable solution is to find a way to connect all the blockchains. Each chain can serve its own unique purpose, but they need to be combined in order to maximize the potential of all. A good analogy to think of is a symphony.

While each musician is incredibly talented and sounds lovely on their own, when taken as a whole, the sounds become perfection with each musician lifting up each other. In order for the universe of blockchains to function at maximum potential, they need to be connected. Fortunately, there are a few projects currently working on solutions.

One such project is KardiaChain (KAI), which uses an integration without assimilation approach that focuses on simplicity and ease-of-use. The solution is called dual master node and will facilitate inter-chain operations among both existing and upcoming blockchain platforms. If successful, the solution could eventually become the blockchain of blockchains.

Another promising project is ICON (ICX), which is a decentralized network of blockchain communities. The project focuses on usability, scalability, and reliability. The technology can be applied to public blockchains such as Bitcoin and Ethereum but also to private/permissioned blockchain networks.

Lastly, Wanchain (WAN) is a distributed financial infrastructure that seamlessly connects blockchain networks together. Wanchain essentially serves two purposes. The first is being a universal cross-chain protocol. And the second is being a distributed ledger that records cross-chain and intra-chain transactions.

There is no doubt that blockchain technology is and has already demonstrated significant potential in advancing society. The question is whether new projects can develop solutions to work out a few of the current issues that prevent blockchain from becoming mainstream. Fortunately, KardiaChain, ICON, and Wanchain are each working diligently on various projects that show incredible promise.