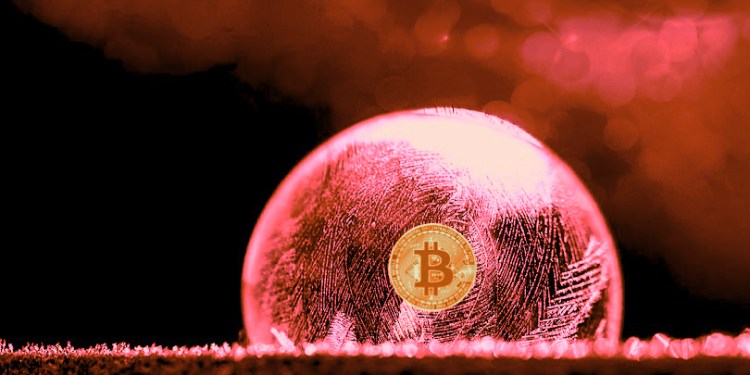 Tether remains the dominate stablecoin and is the eighth largest cryptocurrency with a total market cap of $2.79 billion, despite recent allegations made by the New York Attorney General’s office that the operator of Tether and crypto exchange Bitfinex, iFinex Inc., has engaged in fraud.

An affidavit filed by Tether’s lawyer reveals that USDT, the most widely used stablecoin by Bitcoin and crypto traders, is not fully backed the US dollar. Its cash and cash equivalents of $2.1 billion represent around 74% of Tether. The admission is contrary to Tether’s earlier assertions that the stablecoin, which allows crypto traders to escape price volatility in Bitcoin and various altcoins, was 100% backed by US dollars.

“As of the date [April 30] I am signing this affidavit, Tether has cash and cash equivalents (short term securities) on hand totalling approximately $2.1 billion, representing approximately 74 percent of the current outstanding tethers.”

Tether’s legal representative Zoe Phillips asserts that Tether does not need to hold $1 for every USDT that is issued.

Phillips also refutes the accusations made last week by the New York Attorney General that Tether has harmed traders and that Tether and Bitfinex established a conflict with respect to a $900 million revolving line of credit.

The NYAG says Bitfinex is missing $850 million because it engaged a third party in Panama where it held commingled customer and corporate funds, and that the Panamanian company, Crypto Capital, is refusing to return the funds.

“The Attorney General’s allegations in this matter center on a supposedly ‘conflicted’ $900 million revolving line of credit that Tether recently entered into with Bitfinex. The preliminary injunction prohibits Bitfinex from accessing this line of credit indefinitely.

According to the Attorney General, the line of credit needed to be frozen because it improperly impairs the reserves Tether would use for redemptions. The Attorney General appears to believe that Tether must hold $1 in cash fiat currency for every dollar of tether. These allegations are wrong on multiple levels.

For starters, contrary to the portrayal in the Attorney General’s motion papers of a “conflicted” transaction, the terms were negotiated on an arm’s length basis on commercially reasonable terms, with each company represented by sophisticated, independent counsel. The line of credit earns interest, and is backed by the ownership shares in the parent company of Bitfinex, one of the largest virtual currency exchanges in the world.

More fundamentally, the Attorney General has no authority to dictate how Bitfinex and Tether do business with one another, or the amount of reserves that Tether must hold. The Martin Act is an antifraud statute enacted to ensure that there is proper disclosure about the risks associated with the sale of securities and commodities. So long as there is disclosure, the members of the public can decide for themselves whether to buy or sell. Here, there was disclosure of the relevant information. Tether states plainly on its website that tethers are backed by reserves in various forms, specifically including ‘loans’ to ‘affiliated entities.’ This fact was widely covered in industry press. Any tether holder dissatisfied with this arrangement could have freely redeemed his or her tethers for cash, or exchanged their tether for another virtual currency on various virtual currency platforms, and can still do so today.

While the Attorney General claims it needed to take ‘immediate action to protect New York investors,’ it has not named a single one harmed in any way. Nor could it. There are no ‘investors’ in tether. Further, the value of Tether’s reserves is more than sufficient to cover the outstanding tether in the market. In fact, Tether’s reserves of cash and cash equivalents alone (without the line of credit) would cover approximately 74 percent of the outstanding amount of tether. This sort of ‘fractional’ reserving arrangement is similar to how commercial banks work. No bank holds in liquid cash more than a small percentage of depositors’ money. The funds are invested. The markets clearly remain confident in tether, as it currently trades just shy of $1 dollar per U.S. Dollar tether — even after the Attorney General’s highly inflammatory and misleading public application. Any suggestion that tether holders face liquidity risk is unsupported speculation.

Hoegner characterizes crypto traders as being astute about the risks of Tether.

“Market participants appear to understand that tether is not at risk. The Attorney General’s ex parte, highly inflammatory, and misleading application was widely covered in the press, including an article in the Wall Street Journal.”

Bitcoin is currently trading at $5,473, at time of publishing, according to data compiled by CoinMarketCap

You can read the full affidavit here.