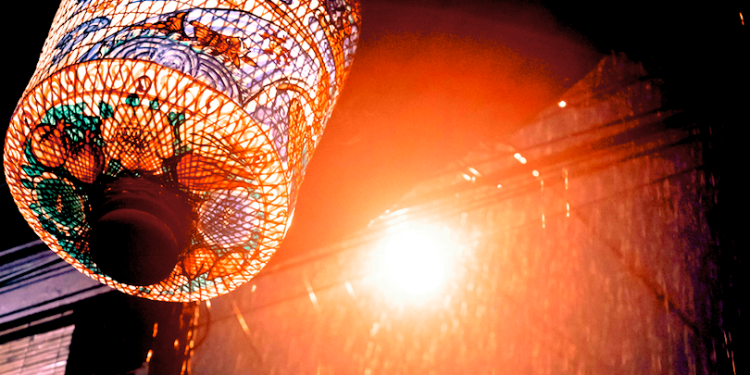 From an anticipated breakout for Bitcoin to Cardano’s promise in Ethiopia, here are some of the stories breaking in the world of crypto.

Crypto analyst Murad Mahmudov lists 20 reasons why he sees an incoming Bitcoin ‘megamonsoon’ if BTC can hold its price range in the mid $5000s. He explains that a level of $5,450 to $5,550 affirms a bullish trend, citing the sharp jump from $4,100 to $5,000 without much slide and a typically violent break upwards that can follow a long-term period of consolidation.

You can check out his full list of reasons here.

As crypto bulls wait for a Bitcoin breakout, US President Donald Trump’s latest threat to increase tariffs on China.

For 10 months, China has been paying Tariffs to the USA of 25% on 50 Billion Dollars of High Tech, and 10% on 200 Billion Dollars of other goods. These payments are partially responsible for our great economic results. The 10% will go up to 25% on Friday. 325 Billions Dollars….

Trump says that on Friday he’ll more than double tariffs on Chinese goods, from 10% to 25%, and introduce new tariffs, jeopardizing a trade deal, in an effort to protect American workers who compete against Chinese goods.

After Trump’s threat, fresh fears of a sharp sell-off sent Dow futures plunging 500 points. As Wall Street braces for a domino effect, crypto analysts are assessing how Trump’s trade war could affect Bitcoin and the entire cryptosphere. Bitcoin is currently down 1.33% at $5,726, after reaching $5,825 over the weekend.

“The narrative that crypto follows excess liquidity and thus stock prices has been gathering steam among traders in the last few months. Narratives can be self-fulfilling. It will be interesting to see how crypto reacts to the ongoing stocks crash, triggered by this Trump tweet.”

When asked if crypto will respond better than gold, Krüger says it’s the other way around.

“The narrative in question is that Bitcoin follows stocks. Gold generally goes up when markets panic. Generally, not always.”

The Ethereum-based development studio ConsenSys just launched a new web portal dedicated to the growth of more applications on the Ethereum blockchain.

The portal features smart contract libraries, security tools, storage systems and testnets. Developers who are new to the Ethereum network will also be able to find a variety of courses.

Ripple’s investment arm Xpring has launched a redesign of its website.

Litecoin founder Charlie Lee says he’s still a big believer that Bitcoin will remain the number one cryptocurrency in the future.

Appearing on Off the Chain with host Anthony Pompliano, founder of Morgan Creek Digital, Lee says no one, however, has a crystal ball about where the market is going.

“If anyone tells you they know, they’re lying. No one knows if the price will go up or down. I’ve seen a few bull and bear markets. Sometimes it recovers. Who knows?”

But Lee, a former high school wrestler who has forged a UFC partnership with Litecoin, was more firm when asked him how he plans to leverage his affiliation with mixed martial artist and former Olympic wrestler Ben Askren.

You voted for it in our recent poll so we've added it! @Tronfoundation is now available to trade on Bitpanda #bitpanda #tron $TRX pic.twitter.com/qCwkNMZLBG

Earlier this month, BitPanda launched a poll on Twitter asking users which asset should be listed next: Basic Attention Token, Dogecoin, Golem or Tron. Tron took the top spot with 44% of the votes.

Users are now able to trade Tron via BitPanda.

Cardano founder and IOHK CEO Charles Hoskinson has launched a new initiative in Ethiopia to bring developed financial services to millions of Africans.

The new blockchain-based framework, known as Atala, will also be used for voting, property registration, and supply chain management, among other real-world use cases.

With interoperability among blockchains, Hoskinson envisions the road to mass adoption.