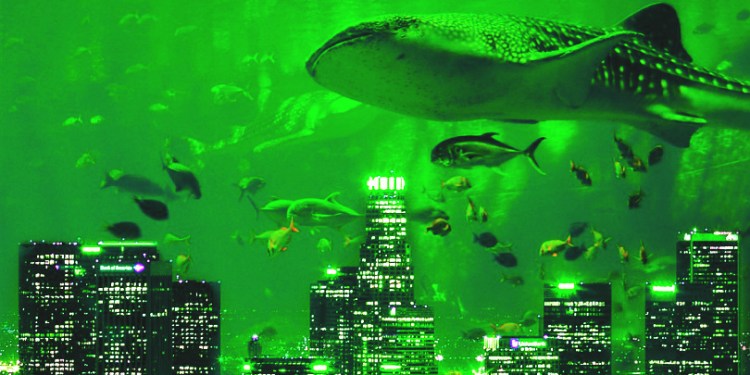 From a huge Bitcoin transfer to new adoption at Ripple, here’s a look at some of the stories breaking in the world of crypto.

Whale watchers are highlighting a massive Bitcoin transfer as a primary example of crypto’s advantages over traditional ways of moving capital.

A mysterious Bitcoin hodler long thought to be an anonymous whale who goes by the name “Loaded” moved 40,000 BTC worth $229 million for a fee of just 57 cents.

The transfer required no permission from a middleman or big fees from a third party. It settled in a matter of minutes.

The transaction utilized Bitcoin’s scaling solution Segwit, a protocol designed to enable more Bitcoin transactions per block while reducing fees. According to the Segwit adoption tracker Woobull, about 40% of transactions on the Bitcoin network are now utilizing the technology, which launched in August of 2017.

The latest edition of EthHub Weekly is out, covering all things Ethereum.

The new post looks at developments on Ethereum 2.0 and a number of Ethereum-based platforms, including Gnosis, Maker and Loopring.

Banesco Panamá says it’s the first bank in the region to test Ripple’s technology for cross-border payments, and plans to bring the tech to its customers in the near future.

The company has not confirmed whether they plan to use xCurrent or Ripple’s XRP-based xRapid.

The crypto data aggregator CoinGecko has set up a countdown clock for the next Litecoin halving, which is now less than 100 days away.

The halving is part of the coin’s deflationary monetary policy and will cut the rewards miners get for powering the network by half, which will slow the creation of new LTC. You can check out the countdown clock here.

The Stellar-based crowdfunding platform Smartlands has launched what it calls the first wallet for security tokens on Stellar.

“Smartlands wallet will work exclusively within the regulated segment of the Stellar Network operated by the Smartlands Platform. Every investor will be required to pass KYC and comply with the current laws and regulations to be able to transact his or her security tokens on the Platform. An AI-based compliance engine will check each transaction and score AML risks preventing illicit activities.”

Tron’s most recent weekly report is out. The new edition covers the latest happenings on the Tron ecosystem, including updates on airdrops and incentives, and also breaks down the difference between Tron’s native cryptocurrency TRX and the Tron-based BitTorrent Token (BTT).

Cardano creator Charles Hoskinson is expanding why the launch of Shelley, which promises to bring smart contracts and a new level of decentralization to the platform, has been delayed.

“We are building a product that is based on new science and new ideas. And we are building this in an open, transparent way. Generally speaking, when this happens in an industry, what happens is that the R&D phase concludes before it is consumerized – it’s productized and it’s given to the consumer.

So you guys see the end result of Project Natal, which turns into Xbox Connect. You see the end result of years of effort that go into the face scanner for the iPhone, or for the fingerprint reader in the Samsung S10. Had you seen those in earlier iterations, you would have seen nothing but delays and misschedules and deadlines, because that’s the nature of building things based upon research. You make a best effort, you make every attempt to try to get things to where they need to go, but you never quite hit that deadline.”