by Gov van Ek
in HodlX 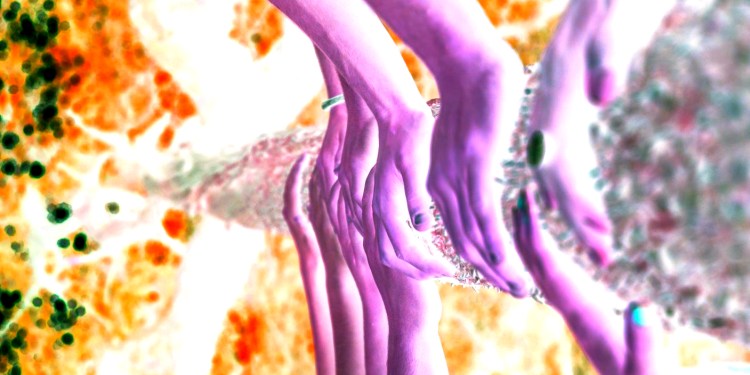 Socially speaking, one could form a view that the idea of financial freedom is skewed in favor of the “upper class,” while middle and lower income groups are unable to indulge in privileges attached to wealth. Over the course of the last five decades, many developed world countries have witnessed lower-income and upper-income households growing at similar rates, leading to a shrinking middle class.

As working-class citizens continue to experience financial hardship, there is little room for exposure to expensive, high-performing assets such as classic cars, fine art, and jewelry. Because expensive assets have historically been owned by the 1%, high-net-wealth individuals have been the only ones to benefit from the high performance of these investments. Developments in blockchain-shared-ownership technology are changing that for the first time in history.

There is now a transition into a new era of wealth due to innovations in various technologies. Uber and Airbnb spearheaded the sharing economy movement by offering transportation and hospitality services at a fraction of the price. These opportunities, however, depend on centralized intermediaries to connect the customer to the service provider.

This sharing economy 1.0, propelled by intermediary tech giants, is projected to become a $335 billion industry by 2025. But while Uber, Lyft, and Airbnb line their pockets, the drivers and hosts aren’t much better off. Gig-based work such as driving for Uber or hosting an Airbnb doesn’t come with the benefits that employment in legacy transportation and hospitality industries engendered.

In previous generations, there was an emphasis on working towards creating value through ownership with many individuals and families aspiring to own their own homes and cars, but this first iteration of the sharing economy (1.0) saw a shift towards platforms that increased opportunities for access over ownership. This is in part due to more wealth funneling into the pockets of CEOs and hedge fund managers than workers, making it more difficult for the average Joe or Jane to afford assets like a home.

According to April Rinne writer for World Economic Forum, “many people held their wealth in what they owned – their homes and possessions. These assets also served as cushions in time of hardship.” Rinne continues “as we enter an era of ‘asset lite’ lifestyles and fewer physical possessions, this doesn’t negate the need for other forms of wealth in times of strife.”

Under this framework, the sharing economy could create higher savings or investments leading to societal wealth, but if we are unable to realistically invest, save, and retain assets, then the gap between the 1% and everyone else will continue to grow.

Taking a closer look at the 1% and their asset ownership, real estate consultancy firm’s Knight Frank and Douglas Elliman released their annual Wealth Report highlighting the spending patterns of those with investable assets over $30 million. Although art remains an unstable market, the industry experienced a 21% growth in investment in 2017 due to a higher demand for Chinese and African pieces of work, with a record-setting sale of $1.67 million for a painting by a Nigerian artist.

Additionally, wine and classic cars continue to be the highest performing assets, with cars holding the number one spot over a consecutive 10-year period. (Consider the recent new record: $22.5 million for an Aston Martin DBR1).

Quartz writer Sangeeta Singh-Kurtz, explains that the incentives for rich people buying expensive things begin with the “ ‘Joy of Ownership’ [as] the number one motivation, followed by more practical motivations like capital appreciation, a safe haven for capital, and investment portfolio diversification. (Oh, and number five, status among peers).”

Perhaps the real reason is actually preservation or growth of wealth. It is obvious that their reality is not only misaligned with the rest of society but these acquisitions continue to keep wealth circulating among a small pool of elites – very much the case for top-end classic cars.

The next wave of luxury

New technological innovations have the potential to disrupt this reality and increase opportunities for wealth generation to everyone (not just the 1%). Blockchain technology enables the potential for fractional ownership of expensive, high-performing assets previously only affordable to the wealthy, giving rise to a new sort of sharing economy based on ownership rather than access.

Nicolas Berggruen, chairman of the Berggruen Institute, writes that “the revolutionary potential of blockchain lies in its ability to securely inventory, track, subdivide and transfer wealth over the Internet. In a nutshell, what the Internet was to social media – the core enabling technology – blockchain is to the possibility of a true, transparent and real-time sharing economy.”

The centralized platforms that rose from the app revolution are making millions on the backs of contract laborers who, in many cases, work harder for less, as gig-based work lacks benefits, including healthcare, pension, and overtime. Fractional ownership enabled by blockchain technology allows for individuals to actually own a piece of this ever-expanding pie.