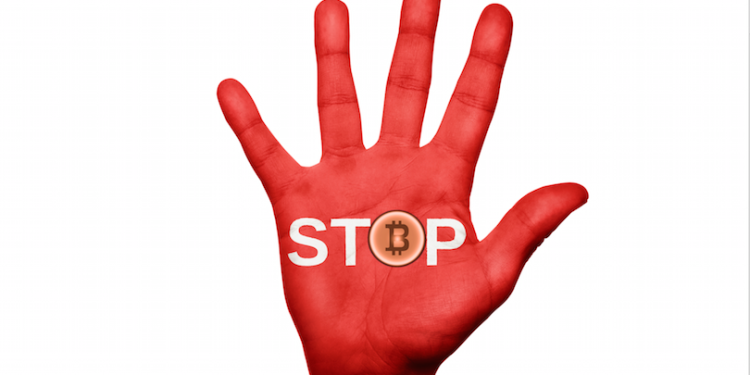 Congressman Brad Sherman, an outspoken critic of Bitcoin, is calling for a bill to ban all cryptocurrencies.

The House Democrat from California says he’s looking to introduce legislation that will make it illegal for Americans to buy and sell crypto assets, an effort he believes will protect the country’s standing as a political and economic powerhouse.

“I look for colleagues to join with me in introducing a bill to outlaw cryptocurrency – the purchases by Americans – so that we nip this in the bud in part because an awful lot of our international power comes from the fact that the dollar is the standard unit of international finance and transactions.

Clearing through the New York Fed is critical for major oil and other transactions, and it is the announced purpose of the supporters of cryptocurrency to take that power away from us, to put us in a position where the most significant sanctions we have on Iran, for example, would become irrelevant.

So whether it is to disempower our foreign policy, our tax collection enforcement or our traditional law enforcement, the purposes of cryptocurrency, the advantage it has over sovereign currency, is solely to aid in the disempowerment of the United States and the rule of law.”

Today in Congress Rep. Sherman called for a bill to ban all cryptocurrencies.

This is why Coin Center is needed in DC now more than ever. pic.twitter.com/jgikm7z8bI

Whether Sherman will gain support from his colleagues is unclear.

Blockchain, the technology that powers Bitcoin and most cryptocurrencies, has support from 21 House representatives who formed the Blockchain Caucus in late 2016. The caucus was created to support an innovation-friendly regulatory approach to blockchain and cryptocurrency.

Congressman Bill Foster became co-chair of the Blockchain Caucus in September of 2018, saying blockchain has the power to dramatically improve the US economy.

“Blockchain is a disruptive technology that will change the way we do business in almost every sector.

As the incoming Democratic co-chair of the Blockchain Caucus, I am proud to join my colleagues to lead Congress so that policymakers and industry can work together to realize this promise and unleash its economic potential in the United States and around the world.”

Former Congressman Jared Polis, who created the Blockchain Causus and is now the governor of Colorado, says the body is focused on educating and boosting support for cryptocurrencies.

“It has the potential to reshape everything from cryptocurrencies to supply chains to banking to property titling – decentralizing cybersecurity and revolutionizing many industries. What an exciting time to move forward.”

The caucus has introduced a number of bills designed to support the growth of blockchain and promote increased transparency and smart oversight in the public and private sector.

Members of both the House of Representatives and the Senate have held hearings on blockchain and cryptocurrency. A joint Congressional report from March of last year said the buzz around the technology echoes the early days of the internet.

“The buzz surrounding digital currencies resembles the internet excitement in the late 1990s when people recognized technology companies could change the world. Many internet companies launched and their valuations took off in short order. Many failed, but a few succeeded spectacularly and challenged the conventional ways of doing business.”

Crypto proponents and critics abound outside the halls of Congress. Earlier this week Nobel Prize-winning economist Joseph Stiglitz said he believes that cryptocurrencies pose a threat to society and should be shut down.

Meanwhile, major US companies are joining the cryptocurrency space. Financial giant Fidelity is gearing up to launch Bitcoin trading for its clients, while Facebook is reportedly developing its own cryptocurrency that would be pegged to the US dollar.