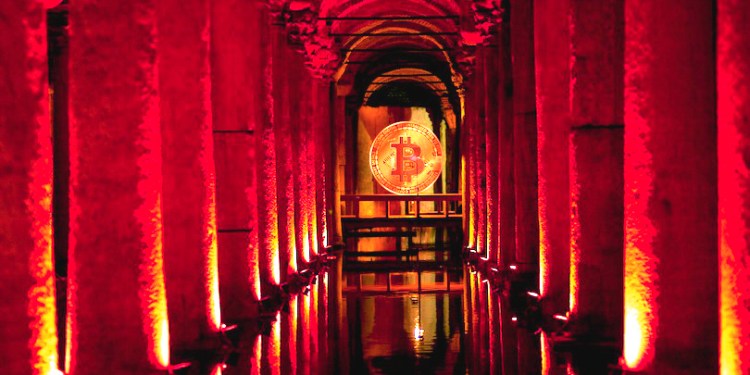 The biggest crypto analyst on YouTube says Bitcoin’s epic rally may be reaching its peak.

After BTC pushed past $7,500, Nicholas Merten (aka DataDash) warned BTC’s volume may not be substantial enough to keep the rally going much longer.

“It looks like the rally’s finally getting a little bit exhausted. I know that probably seems counterproductive with how well Bitcoin’s been performing. But again, we have more than doubled off of the lows at $3,100. And we’ve gone to a point where we’re really just pretty much going parabolic on Bitcoin’s price. With a good amount of volume, I’ll give it that. But it’s not something substantial enough to where this is a new bull run.

And there’s really three different price ranges that I’m watching for a correction here at the moment… It’s really three different levels: $6,000, back to the $5,000 range – this would be a very neutral view in this case. But as I still hold, I think there’s a very good chance that over a longer-term decline, we could still come back down to this line of support [at $4,200]. It’s not something that would happen overnight, so I wouldn’t be too eager to go short Bitcoin or be bearish on it. But there is a very good chance as well that we could possibly hold here at $6,000.”

Merten says he believes the price of Bitcoin will dip in the coming months and possibly test lower levels by August.

Meanwhile, fellow crypto analysts Galaxy and The Crypto Dog told their collective audience of 180,000 followers on Twitter that they expect altcoins to catch up to Bitcoin once the crypto king starts to slow down.

I know I know, we all want BTC to chill tf down so we can have the long awaited alt party.

But first we gotta let the King do its job.

There are a million and one reasons for $ALTS to pump this week.

I will be incredibly surprised if they don't.

Technical analysts at large are looking at Bitcoin’s potential to break $8,000 as altcoins rise with the tide.

FXStreet – Bitcoin extending to the upside as it looks to solidify the $8,000 price return

CoinCodex – ETH bulls Target $210, but important $180 level might be re-tested

FXStreet – XRP/USD is staying bullish and consolidating its technical levels