by Syaza Sophie Pinz
in HodlX 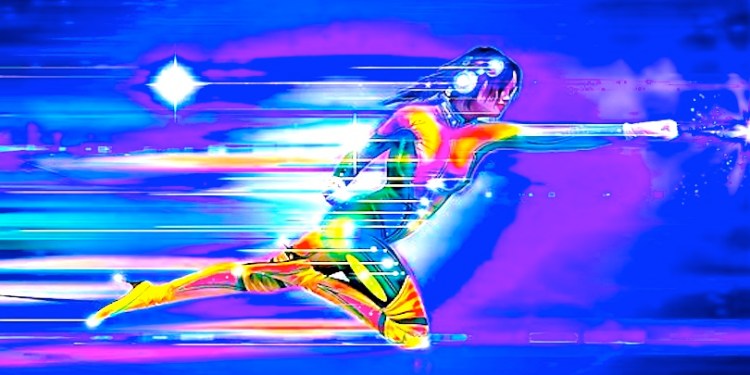 While an old Korean proverb warns that ‘If you don’t walk today, you must run tomorrow,’ the motto for modern South Korea’s approach to novelty is hereby summed up thusly – ‘Walk briskly today, so you’re set to outrun the rest tomorrow.’ As an early adopter, and eventually a global trendsetter, South Korea has immense potential in the blockchain space.

When a series of headlines from September 2017 to March 2018 discussed on the subject of the new Korean bans on initial coin offerings, one might have assumed this was a tough sell.

On the other hand, for those more knowledgeable and accustomed to the long saga of blockchain’s arrival to ?Asia’s fourth-largest economy?, expectations are otherwise.

If you’re well aware of South Korea’s history as a government, its populace of tech pioneers, and the huge blockchain investments already in motion, you can expect that these obstacles to widespread adoption will soon be just water under the bridge.

A Culture of Innovation

Five years before Facebook happened, ?South Korea had Cyworld, which developed into a well-known social network.? It had the capability to eventually capture the demand of almost every single one of South Korea’s young users. The data point is just one of innumerable tributes to the country’s keen interest and aptitude for cutting-edge technology, both as a tool and an investment.

One major reason to anticipate South Korea’s yearning for blockchain is its culture of adoption and innovation, and its ability to achieve rapid economic growth.

Since the mid-20th century, South Korea’s exceptionally ?well-educated population reverse engineered foreign tech imports to learn and understand their design. But rather than simply imitating these products,? South Koreans are tackling to innovate them.? In 2015, the nation topped Bloomberg’s list as one of the most innovative countries.

South Korea has had a record of both harnessing new technologies and investing in them. This tradition continues with blockchain. Thirty percent of paid workers own and exchange cryptos, making this the country with the most crypto investors as a percentage of the total population.

If the society’s enthusiasm for blockchain and cryptos signal promise, the government’s initiatives and investments bode doubly well. As with the former, the latter is rooted in a tradition of forward-thinking openness to newer technologies.

In 1982, the South Korean government launched a zealous national R&D program that set in place a commitment to investment in innovation. The nation tops lists of R&D investment as a percentage of GDP, and in 2018 allotted $880 million for blockchain development in 2019.

Meanwhile, ?Seoul announced a $108 million blockchain industry plan? to be implemented from 2019 to 2023. Therefore, despite qualms about cryptos, the government is proactively supporting blockchain. Aiming to nurture ideas and early-stage businesses in the field, the initiative will include the construction of a blockchain complex providing space to 200 blockchain companies.

South Korea’s embrace of the emerging technology, as well as both public and private investments, have evidently fueled adoption in the nation. Across industries, in firms big and small, and also in the public sector, experimentation and implementation have already gained momentum.

Last year, a number of big blockchain announcements from some of South Korea’s largest conglomerates such as SK Telecom, which is South Korea’s largest wireless telecommunications network, revealed it will be implementing blockchain to manage subscriptions, payments, and real-name authentication. South Korean chat app giant Kakao introduced a blockchain platform, while Line Corporation, a subsidiary of the Korean internet giant Naver, launched its own cryptocurrency.

The government is also introducing blockchain tech. In late November of 2017, ?Samsung SDS announced that they had won a contract to help the Seoul Metropolitan Government? in planning and integrating blockchain technology in the city.

From trading to logistics, to medicine and finance, 2018 and the first quarter of this year have seen this adoption trend take hold in a wide range of industries.

In light of the numerous promises for blockchain in South Korea, the government’s seemingly “irreconcilable” stances on blockchain and crypto could seem perplexing. Months after the passage of restrictive legislation, which led a number of South Korean companies to launch ICOs through subsidiaries abroad?, the federal government appeared to backtrack, issuing last July’s announcement of a plan to legitimize crypto exchanges.

However blockchain’s endorsement is moving along, thanks to and in spite of government efforts, and owing to a tech-curious population. In fact, most experts see the anti-crypto laws as merely a self-imposed speed bump purging the ecosystem of fraudulent elements and temporarily checking blockchain’s acceleration.

Syaza Sophie Pinz is based in Singapore. She handles marketing and public relations for Moonwhale Ventures. She is currently pursuing her bachelors in professional communications and does photography and digital designing on the side.