The Entrepreneur Who Aims to Put Bitcoin (BTC), Blockchain and Crypto in the White House 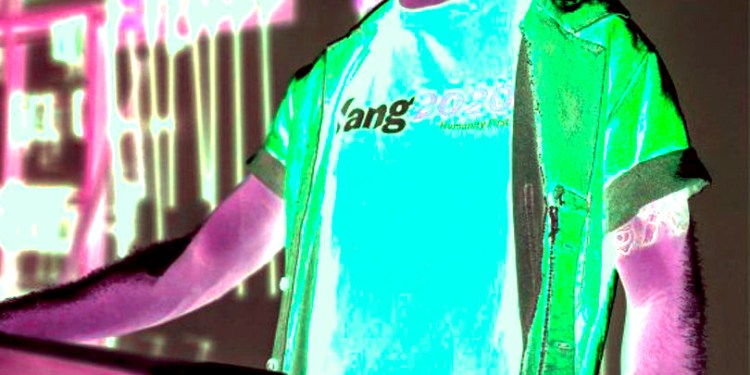 Democrat Andrew Yang, the US presidential candidate who champions universal basic income, cryptocurrencies and the need to focus on how automation and artificial intelligence will impact jobs, says that blockchain, the backbone of Bitcoin, is a key emerging technology.

The “Humanity First” candidate and son of immigrant parents from Taiwan is running for president on the strength of his support for innovation and entrepreneurship. Although he lacks political and military experience, the tech-savvy venture capitalist and founder of Venture for America, says he has his eye on transformative technologies and solutions to address the “dark side” of automation that will plunge millions of Americans into joblessness.

Yang, who has accepted Bitcoin and crypto donations for his campaign, sees crypto as one of these transformative technologies that will help pave the path towards a prosperous future.

“If I’m in the White House, oh boy, are we going to have some fun in terms of the cryptocurrency community.”

Visited with my friends at Consensus today. The blockchain has vast potential. Thanks @NeerajKA. pic.twitter.com/aGnMttDN7J

Yang intends to move the country forward by adapting to current trends, Millennial habits and the global economy.

“Some call me a futurist, but I say I’m a ‘present-ist’ … other politicians are just stuck in the past.”

The candidate calls himself a “champion of change”. In a new interview with New Hampshire Public Radio, Yang says,

“I’ve spent the last seven years helping create several thousand jobs around the United States in places like Detroit, Cleveland, Baltimore, St. Louis, Birmingham. I was actually recognized by the Obama White House as both an ambassador of entrepreneurship and a champion of change for my work with Venture for America, the organization I had started.”