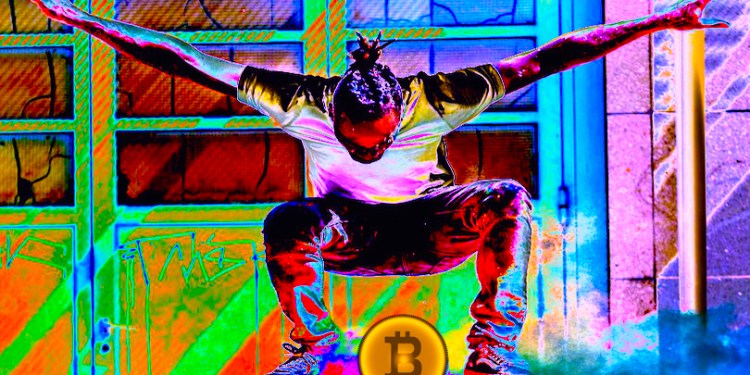 A prominent natural resources investor is pushing back against the notion that Bitcoin can challenge gold as a store of value.

In an interview with Kitco News, Frank Holmes, CEO of US Global Investors, says the idea is primarily held by a generation that needs to do their homework.

“I recommend to people at all times that Bitcoin is not an alternative to gold.”

“I think there’s a whole audience of ignorant millennials. I really think from having work habit problems that I find out from people trying to hire them, their whole world is sort of a rebellion against anything and everything. It’s just foolish.

They should do their homework, they should open up a history book of why gold is so significant, on the great ‘love trade’ – that if you love your country you should have gold in reserve. If you have a crisis, your paper money goes down in tremendous value. Gold is what bailed out Britain, getting it over to Canada, and then trading to get weapons from America. It was gold that did it.”

Holmes believes Bitcoin and gold are “alternative asset classes,” and that the precious metal will continue to remain a fundamental part of the global economy. As for the future price of BTC, Holmes is actually bullish and sees the emergence of digital assets as a matter of time.

“What’s important during this whole year is that even though the price fell 80% to 90% depending on the coins, you had an increase of wallets out of people buying Bitcoin, and that’s a sign that we’re ready for the next bull cycle.”

He says cryptocurrencies are on track to trade higher and that the space will evolve with the entrance of a Facebook coin and other digital assets from major companies.

Crypto proponents argue that Bitcoin holds many of the same features as gold, with the added value that it can invisibly cross borders in an instant, weighs nothing and can’t be seized by border patrol.

Former Wall Street hedge fund manager and Galaxy Digital CEO Mike Novogratz is one such non-millennial who says Bitcoin can “easily” pass gold’s $7.4 trillion market cap. Novogratz recently told Bloomberg that Bitcoin and gold both derive their value based on a social construct – a simple shared belief that the asset is worth money.

“The Incas and the Aztecs thought gold came from God. That’s why it was a store of value. There’s something magic that happened.

It’s not the code. Me and you could take the code of Bitcoin – it’s transparent – and we could launch it tomorrow and call it Schatzker coin. And it would be worth bupkus. But Bitcoin’s worth $100 billion. It’s the social construct that makes it worth $100 billion. And it’s hard to repeat that. And so, it’s pretty frickin’ cool.”

Meanwhile, the New York-based crypto firm Grayscale Investments has started an advertising campaign aimed at convincing people to drop their gold in favor of BTC. According to the company’s first commercial ad,

“Digital currencies like Bitcoin are the future. They’re secure, borderless. And unlike gold, they actually have utility. Leave the pack behind. It’s time to drop gold.”

A 2017 poll from LendEDU shows younger people are more open to investing in Bitcoin, and millennials are the most likely to view it as a store of value.

“A general theme that developed from our poll was that younger Americans were way more likely to own Bitcoin, to invest in Bitcoin, and to be open to using Bitcoin for transactions. There was nearly a perfect correlation between age and a respondent’s likelihood to be involved in the virtual currency. However, one age cohort broke the mold slightly; those between the ages of 25 and 34 were the most likely to invest in Bitcoin as an asset for the future, or to be open to using Bitcoin for purchases.”