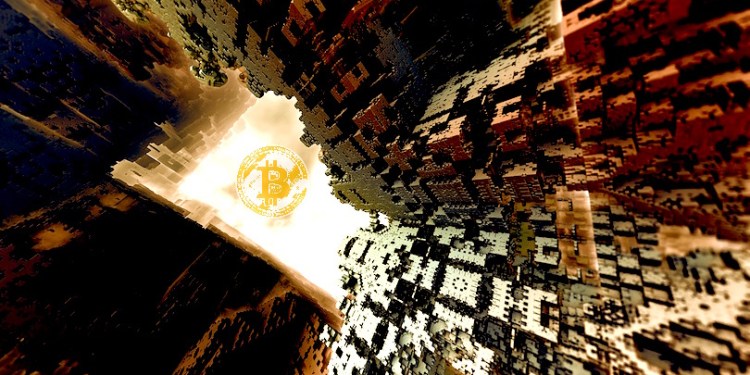 Digital Currency Group (DCG) has invested in 145 blockchain and cryptocurrency companies to date, placing its CEO Barry Silbert at the eye of the industry. He’s optimistic about the space and continues to push the boundaries to help grow awareness, despite Bitcoin’s ongoing wild ride and price swings.

To build his conglomerate and to live up to the moniker of the ‘Berkshire Hathaway of Crypto’, Silbert is focusing on three primary areas: investing in early-stage crypto and blockchain companies, making large concentrated, long-term investments in digital assets and operating three companies – Grayscale Investments, the largest digital asset manager in crypto with roughly $2 billion in assets under management; Genesis, which has a trading and lending business; and Coindesk, the crypto news media and events company.

In a new interview with Jen Wieczner and Robert Hackett of Fortune, he talks about Bitcoin’s trajectory, Grayscale’s bold and polarizing #DropGold campaign, and how the crypto space can slay its detractors as it matures into the second half of 2019, with BTC charging above $8,000, more than double its price since the start of the year.

“We saw a really large pick up in hedge fund money coming in. What was also interesting is that most of it went into Bitcoin. Over 90% of the money raised by Grayscale in the first quarter went into Bitcoin. Not much interest on the altcoin side, at least from the institutions. A lot of interest in Bitcoin.”

Silbert says he grew up hearing about gold on commercials and how it should perform well whenever times get tough.

“As Bitcoin has matured, as it’s become more resilient, as the on-ramps have been built, I really wanted to start a conversation around the possibility that maybe for our generation, for a younger generation of investors, gold is not going to play the role that it did for our parents or grandparents, and perhaps it’s digital currency, and Bitcoin in particular, that would play that role.

Bitcoin is certainly much more accessible. So anybody who has a phone now in the world can access Bitcoin. But really, more importantly, Bitcoin has real value utility. Whereas gold – it’s used in jewelry, which is fine. It’s used in a very, very small amount in electronics, and that number is going down very, very quickly.

And so the biggest buyers of gold have been central banks recently. Whereas with Bitcoin, Bitcoin is creating a new financial system. It’s eliminating middlemen and friction and costs. It’s removing barriers. And if you think about the value it can bring from a remittance perspective, banking the underbanked and the unbanked, that is real true utility. It’s like saying, ‘What is the value of the internet? What’s the value of email?’

Bitcoin has the potential to not just save society hundreds of billions of dollars but also create real economic opportunity around the world.”

“Gold – the more expensive it gets, the less useful it becomes.”

“The digital gold use case – I don’t see Bitcoin having much competition for that one use case. And again, if that is all Bitcoin ever is, if all it ever does is displace the $8 trillion gold market, I think that’s very good success from an investor perspective. But also think that that’s very good for society, having a digital store of value that anybody can access with their mobile phone. I think it’s incredibly enabling for people around the world.