These Billion-Dollar Companies Are Betting Big on Blockchain

by Tony Sagami
in HodlX 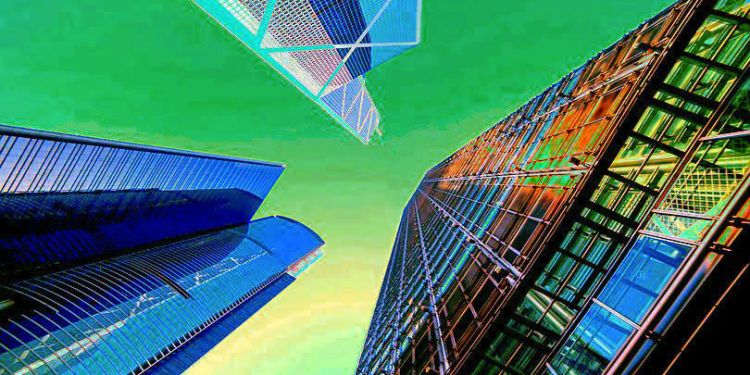 Johnny Carson was the undisputed king of late-night TV, and “The Tonight Show” was one of my all-time favorites. I seldom missed his monologue, punctuated by Ed McMahon’s belly laughs. But I also loved the electric lineup of guests, such as The Great Kreskin, Marlin Perkins, George Burns and astrophysicist Carl Sagan.

Carson infamously said “billions and billions,” parodying Sagan’s emphasis on billions, not millions, in an interview. Sagan has since received credit for that line. But either way, even today I have a hard time getting my head around the concept of a billion.

A billion is 1,000 million. If you stacked one billion $1 bills on top of each other, the pile would reach 68 miles into the sky.

A billion of anything, let alone dollars, is a lot. When it comes to investing, whenever you hear of a billion dollars being spent, you just know that there is some serious money to be made.

One burgeoning industry where billions are being spent is blockchain. And this number is growing by leaps and bounds every year.

According to International Data Corp., worldwide spending on blockchain development is forecast to grow by 88% from $1.5 billion in 2018 to $2.9 billion by the end of this year.

That’s just the start. Blockchain spending is expected to increase by an average of 76% a year until it reaches $14.4 billion by 2022.

And I think those numbers are too low. Way, way too low.

How can you jump on the blockchain gravy train? A good place to start is with the first-ever Forbes “Blockchain 50” list, which is a list of the companies with more than $1 billion in annual revenues that are actively incorporating blockchain into their business model. 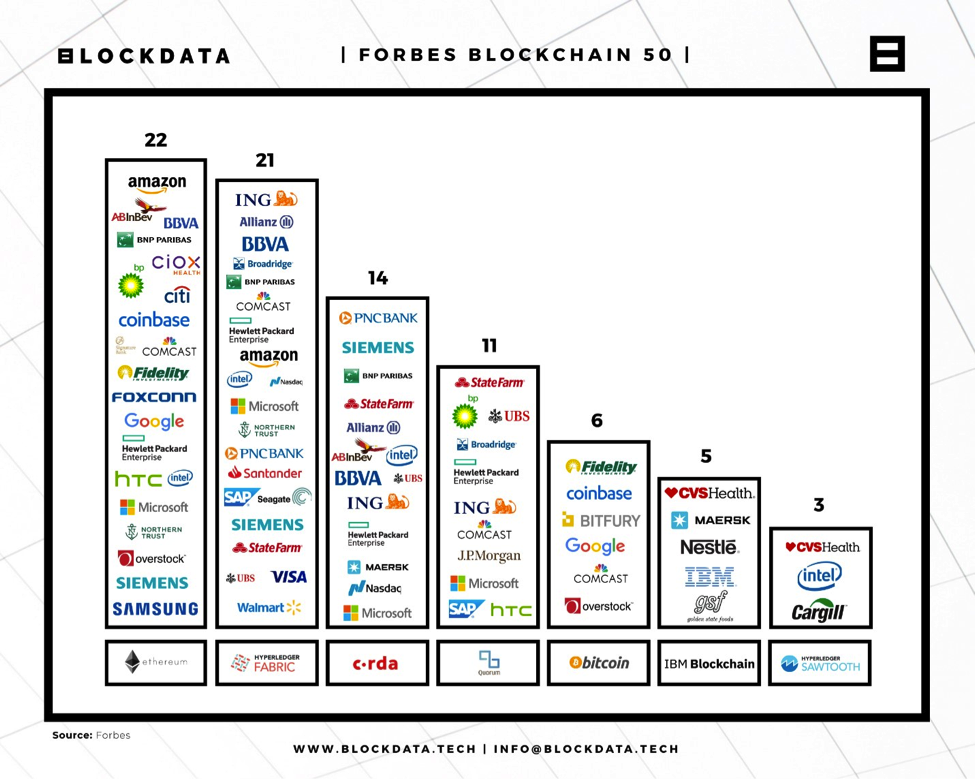 This Blockchain 50 list is full of technology companies that you’ll recognize – Amazon, Google, Microsoft, Intel, Samsung, SAP and IBM. But it also includes a large number of financial services giants, such as Visa, JPMorgan, Fidelity, ING, Allianz and State Farm.

It is also interesting to see what cryptocurrencies these companies are choosing as the backbone of their blockchain system. The most popular platform is Ethereum used by 22 out of the 50 companies – followed by Hyperledger (21 companies), and Fabric and Corda, which tied with 14 companies.

One of the most interesting trends across these 50 companies is that nearly all of them are building more than one cryptocurrency.

Also keep in mind that a company needs at least $1 billion in annual revenues to make this list, which may exclude what I think will be the biggest winners of the blockchain lottery.

I’m in my 60s, and I expect blockchain to be the biggest investment opportunity I will see in my lifetime. You really need to jump on board.