On Lightning Network – A Demonstration in Solidity 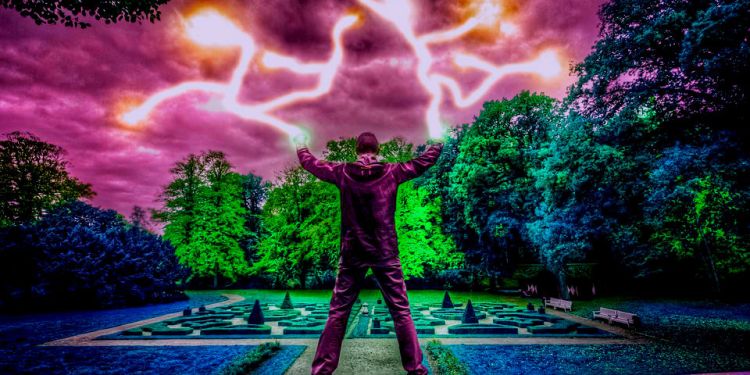 Lightning Network first appeared in the whitepaper proposed by Joseph Poon and Thaddeus Dryja in 2015. It generated huge responses and discussions among the Bitcoin community and has been widely regarded as the second most important whitepaper on Bitcoin behind Satoshi Nakamoto’s groundbreaking work.

As the Lightning Network relies on the protocol in Segregated Witness (SegWit), it has largely remained a concept and has been developing internally only. Ever since the Bitcoin SegWit fork in 2017, the development of Lightning Network has been steadily moving forward on the right track.

In March 2018, Lightning Labs developed and launched the initial test version. Later, ACINQ and Blockstream followed suit and launched a number of implementations on the Network. According to the data from 1ml, there are currently a total of 8,204 nodes and 37,901 payment channels on Lightning Network, with 1,021.37 BTC (approximately $5.34 million) on the payment channels, proving that Lightning Network has achieved significant growth in the past year.

Lightning Network aimed to address Bitcoin’s scalability. As we all know, Bitcoin was initially created as a peer-to-peer electronic cash system to provide a decentralized and 24/7 electronic payment network, yet Bitcoin’s scaling problem is far from satisfactory.

If we calculate based on an average of 300 nodes per trade, Bitcoin is only capable of handling 5.6 transactions per second, while Visa can handle 47,000 tps at its peak capacity. To reach this capacity, Bitcoin would need to expand its block size to around 8GB, with 400 TB new block data added each year, which is obviously unrealistic.

It seems that Lightning Network is the ultimate solution.

Smart contract operates like a bank. Take Alice and Bob as an example, a virtual bank is –

A commitment transaction is when both parties reach an agreement on the distribution of funds and sign. The update is not immediately broadcasted to the blockchain, but is stored on the local network.

A commitment transaction expresses the true will of both parties. It is an agreement for the distribution of funds between them. The transaction –

A payment channel is when both payment parties use the virtual bank to escrow their assets and redistribute the balance of their deposits through mutual agreement, so that value can be transferred.

Commitment transaction is divided into direct and indirect connection.

The settlement process of RSMC can be divided into three parts.

Although RSMC can fulfill the basic needs of the settlement process, it has obvious limitations. A channel must be open between both parties in RSMC for payment. To solve this limitation, the Hash Timelock Contract (HTLC) is proposed. HTLC makes payment routable across two or more payment channels.

Two conditions are involved in the HTLC: Timelock and Hashlock.

In most cases, HTLC includes the properties of RSMC. It acts as a bridge between two always effective RSMCs. A new RSMC will be established if the timelock and hashlock conditions are met. Otherwise, the previous RSMC will be adopted instead.

From left to right, establishing a commitment forward; from right to left, sending a hashed number backward to complete the payment.

Among the three parties, Alice and Carol are the endpoints of the transaction, Bob is only a merchant to connect the other two parties. In fact, Bob can establish a payment relationship with either party. For example, the commitments established between Bob and Alice, and Bob and Carol can be different. Bob can pay Carol $9.9 and charge Alice $10. The $0.1 will be the transfer fee for Bob.

3. The risks that the two types of contracts are trying to solve – cheating and atomicity

Bitcoin is a peer-to-peer electronic cash system. It is groundbreaking because it created a digital payment system with the unique feature of the cash payment system – ?settling payment instantly. The exchange of value is done immediately with the exchange of “symbols of value”, along with the asset information and the transfer of creditor’s claims and liabilities. Digital payment has been struggling to achieve this because a digital file can be duplicated or falsified, which are the two most discussed issues in digital payments? – validation and double spending.

Validation – this problem was solved by Bitcoin using a digital signature. Whoever owns the private key, owns the Bitcoin.

Double Spending – as illustrated in the diagram below, when Bob accepts Alice’s transaction, he will have to confirm that the transaction is not duplicated by checking the whole ledger. Preventing double spending created a scalability problem.

As written by Satoshi Makamoto in Bitcoin – A Peer-to-Peer Electronic Cash System:

“We need a way for the payee to know that the previous owners did not sign any earlier transactions. For our purposes, the earliest transaction is the one that counts, so we don’t care about later attempts to double-spend. The only way to confirm the absence of a transaction is to be aware of all transactions.”

The only way to solve double spending is to acquire all the transaction records, on which Satoshi’s distributed ledger is based. But the cost is prohibitive.

For every transaction, the required storage, computation, and communication will be positively proportional to the number of validation nodes. To achieve consensus between scattered nodes requires more time. This is the Blockchain Trilemma we always hear about, the difficulty in achieving decentralization, security, and scalability at the same time.

Solutions are emerging to solve the scalability problem in recent years, such as larger block size, DAG network, new mechanisms (DPOS, PBFT), sharding, and sidechain. The consensus mechanisms like DPOS and PBFT are sacrificing a degree of decentralization for scalability, reducing the number of nodes for validation.

The trending sharding and sidechain proposals are more advanced. Although they are also reducing the validation nodes range to increase consensus efficiency, they integrated the idea of “grouping”, which avoided validation frequently being done on specific nodes, lowering the manipulation risks.

Nevertheless, sharding technology is still in its infancy. More exploration and experiments are yet to be performed on problems such as randomness, balance, and dependency. Simply put, there is no absolute resolution for the Blockchain Trilemma yet. But Lightning Network stands out amongst off-chain scalability solutions.

The logic behind Lightning Network is simple. It is not limited by the “peer-to-peer cash system”. Instead, it introduced a debt transfer mechanism which is very similar to wire transfer. The transfer between Alice and Bob is no longer the ownership of the asset, but the debt to a virtual bank. The double spending solution is simplified – Bob now only has to confirm with the virtual bank on the account balance, instead of confirming with the whole network on Alice’s transfer record. However, Lightning Network’s virtual bank does not involve the idea of a centralized middleman, a smart contract is used instead to guarantee the debt settlement by the virtual bank.

Anyway, Lightning Network achieved reducing a significant number of transactions which require full consensus. By building an off-chain payment channel, it fulfills validation and double-spending prevention with infinite groups. As there is no dependency between the off-chain groups, it minimizes the risk that a part of the network imposes to the entire network.

In the next chapters, we will dive deeper and explore why debt settlement model would be more efficient, and also the cons of Lightning Network and emerging solutions.