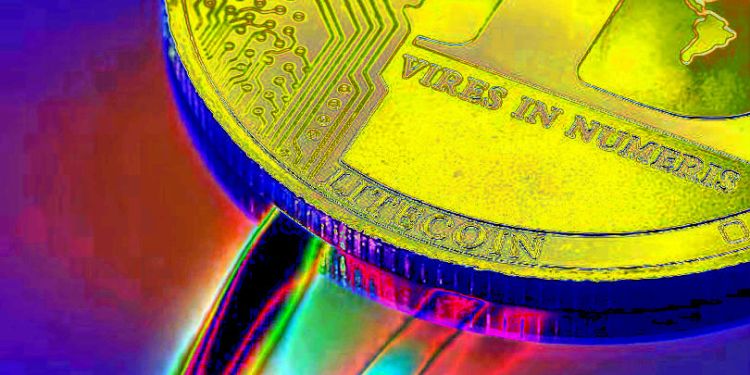 I. Introduction to Litecoin (LTC)

Litecoin (LTC or ?), was created by Charlie Lee, a former Google employee, who devoted himself to creating a lighter version of Bitcoin (BTC). Technically, Litecoin nearly resembles Bitcoin.

Akin to Bitcoin, the creation and transfer of Litecoin is based on an open source cryptographic protocol and is not managed by any central authority. The Litecoin network is scheduled to produce 84 million Litecoins (LTC), which is four times as many currency units as Bitcoin, with the current circulating supply at 61,276,211 LTC.

Dubbed “the silver to Bitcoin’s gold”, Litecoin is the first peer-to-peer internet currency based on the Scrypt algorithm. Although the functions of Litecoin are almost identical to Bitcoin, there are salient differences between them.

Litecoin undergoes a reward halving roughly every four years, with the latest happening on August 26, 2015 when the Litecoin reward was reduced from 50 LTC to 25 LTC. Theoretically, the block generation halving may lead to imbalanced supply and demand and trigger a price rally.

Since Litecoin’s price is largely influenced by supply and demand, some had speculated that a cut in supply would lead to a subsequent increase in the price of Litecoin. In reality, however, a reverse trend happened as more factors and variables came into play. Historical data in 2015 have shown that Litecoin has seen its price dropping to some extent after the halving event.

Based on the analysis, the following factors might have contributed to its downward trend.

The cryptocurrency market has witnessed numerous bulls and bears since 2015, as did Litecoin.

Litecoin has been progressing faster than many other major coins in terms of technology, ecosystem building, and other aspects. 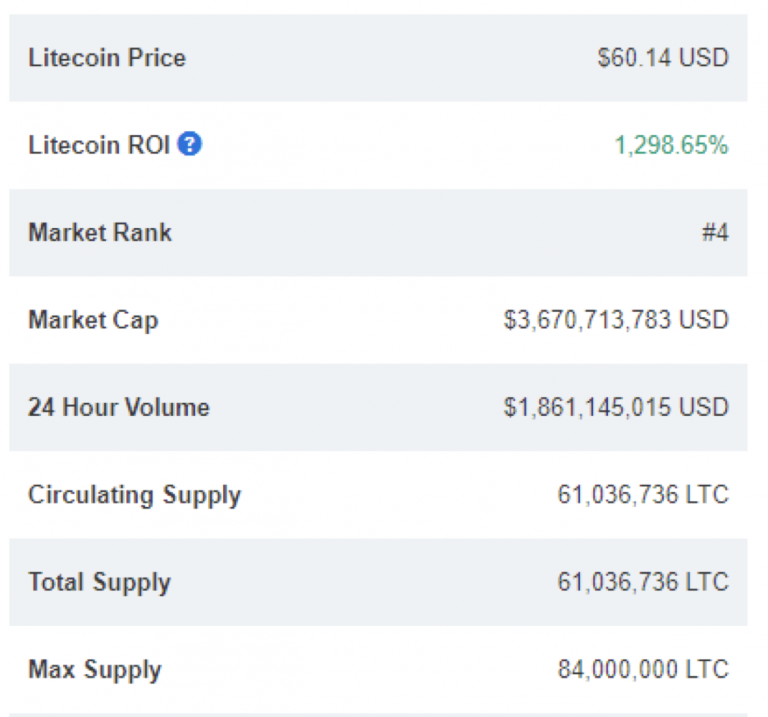 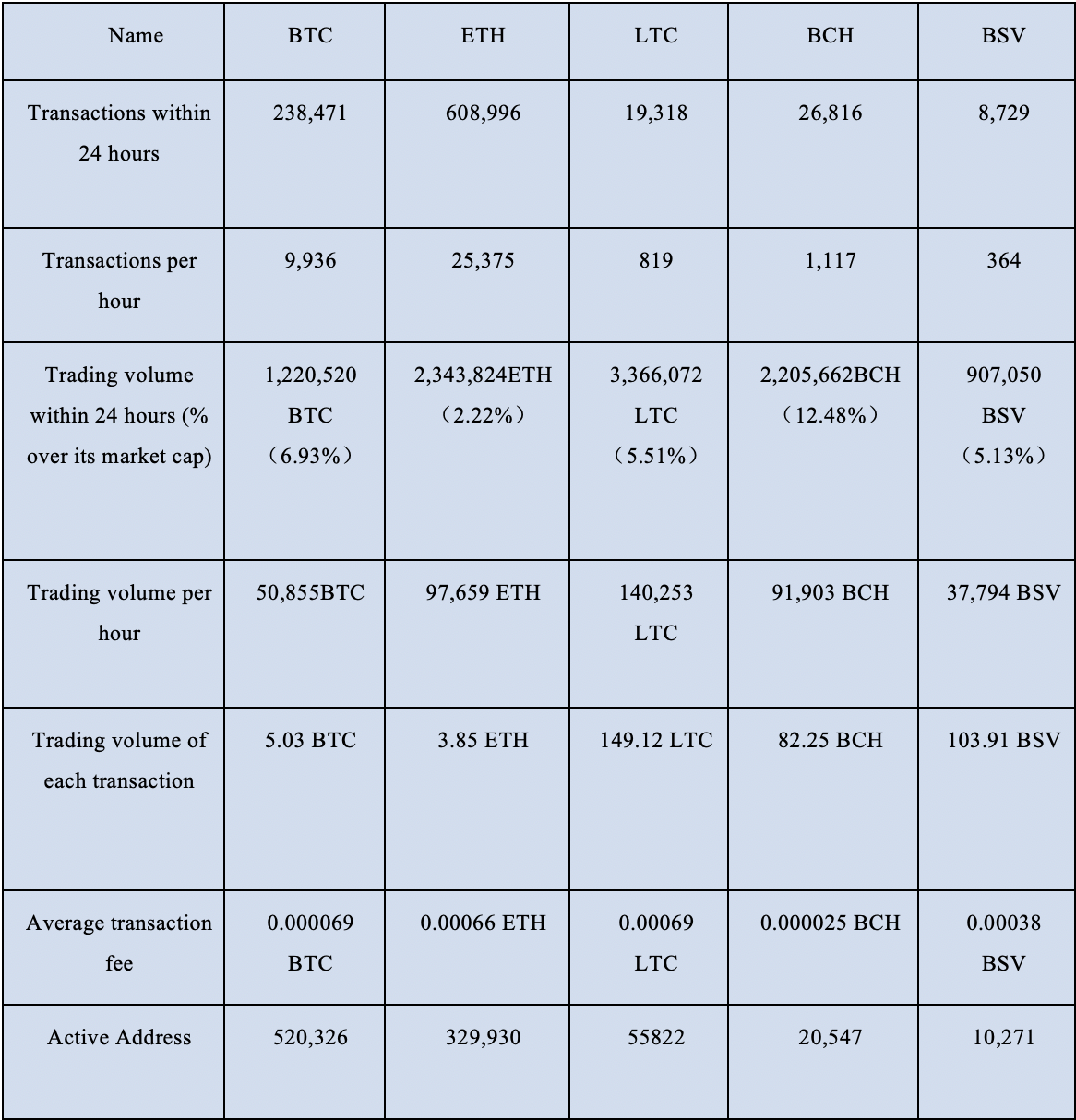 Trading volume on Litecoin chain still has a gap to be narrowed in order to catch up with that of BTC and ETH. However, Litecoin is still resilient, thanks to its large market cap, large user base and a coverage of 5.51% of the total market cap by 24-hour trading volume. Plus, Litecoin currently has 55,822 active addresses. Judging from its rising trend of transaction fees, Litecoin is showing stable and continuous growth in terms of transaction volume. 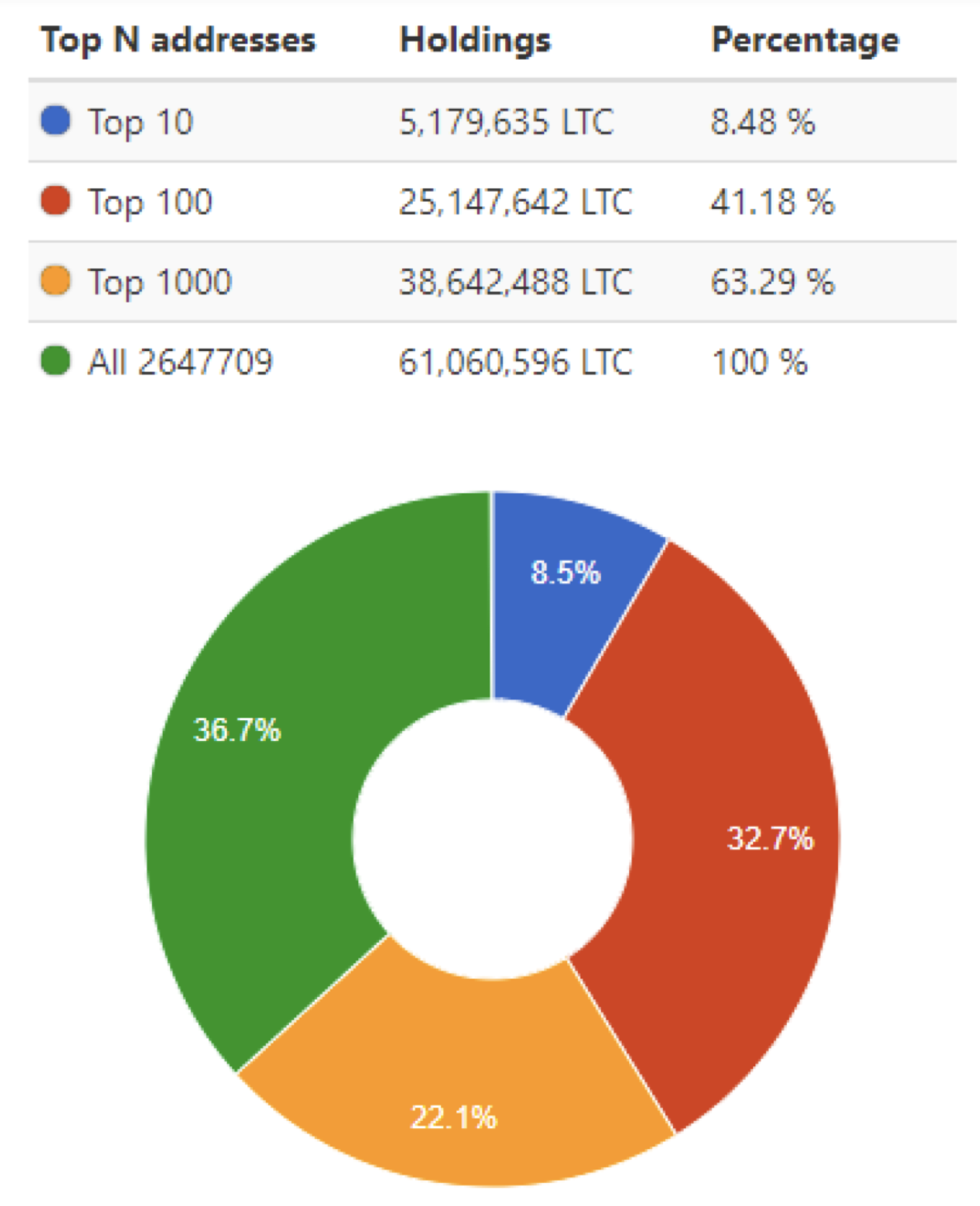 Similar to other mainstream coins, LTC is also concentrated in a few top addresses. In fact, asset value of the top 500 addresses alone has covered over 60% of total LTC supply, including the addresses of some centralized exchanges, which is also the case for other top coins.

LTC mining pool distribution is relative even among big players, with the top mining pool. F2Pool, covering 20.45% of all mining output, followed closely by other major pools such as Poolin, LTC Top, and ViaBTC. The relatively even distribution of mining pools delivers better stability and safety to its miners. However, Litecoin still has a long way to go when it comes to improving its computing power compared with Bitcoin’s 47.31 EH/s and BCH’s 1.6EH/s.

Hashrate Distribution for the Last 100 Blocks

LTC code commits on Github have been continuously active. However, there has been a slight dip in the past three months.

Litecoin is ranking high on Google Trends as data shows interest in Litecoin is strong among the major coins, concentrated in North and South America, especially in the countries of Venezuela, America, and Canada.

As the world’s fourth largest cryptocurrency on CoinMarketCap, Litecoin’s parameters as we mentioned above generally show its outstanding and resilient performance. The Litecoin blockchain has been fully functional which is mostly credited to its solid underlying technology advantages. However, Litecoin is also grappling with certain sore points compared to other top coins, such as the concentration of assets in the top addresses.

In the next article, we shall dive deep into its block reward halving event and its broad impacts on the Litecoin ecosystem.