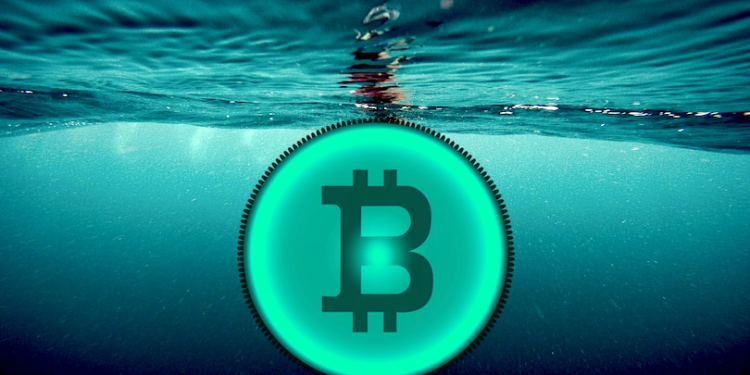 From a new debate on the future of Bitcoin to Captain America’s allegiance to Litecoin, here’s a look at some of the stories breaking in the world of crypto.

Veteran stockbroker and CEO of Euro Pacific Capital, Peter Schiff, says he expects Bitcoin’s 132% rally in 2019 to reverse. In a new debate with Barry Silbert, the founder and CEO of Digital Currency Group, Schiff called Bitcoin an elaborate pump-and-dump scheme for suckers.

“The air is already coming out of this bubble, right? The peak of market was at $20,000. And so that was a blow-off speculative mania when they launched the Bitcoin futures and everything rose. So now, we’re in a bear market. And in a bear market, you always have rallies. That’s what bear markets do. They try to sucker in the bulls. You have these false rallies. We’re having one now.

But initially, a lot of people got suckered into this pump-and-dump scheme because they heard all the stories about the young kids who took their bar mitzvah money and now they bought a Lambo. And everybody thinks they’re going to get rich because they think these kids were geniuses when all they did is get lucky because they bought Bitcoin and then the price went up.

In response, Silbert points to financial giants like Fidelity that are now joining the industry to sell Bitcoin to institutional investors. Silbert says he believes Bitcoin – and the growth of the cryptocurrency industry at large – is very real, and will push the price of BTC higher in the long run.

“I think investors are hearing the gold argument and they’re hearing about the scenario where it performs well when things are going not so well in the world. And I would argue, given that Bitcoin has all the same characteristics as gold – scarce, finite, portable, highly divisible – I think it has a lot more utility. Arguably Bitcoin would perform well in that environment that Peter’s describing.

But Bitcoin, and more importantly, the community and the industry that is being built, the thousands of companies that have been launched over the past five years, the tens of thousands of jobs that have been created – the real innovation that’s happening – I assure you, is going to propel the Bitcoin price higher. Because it will generate real innovation in a world of economic growth, where gold will only perform well if the shit hits the fan…

What I think gold bugs don’t appreciate, is there is a generational shift in investor mindset that’s happening. Over the next 25 years, $68 trillion of wealth is going to be handed down from Boomers, Gen X, Gen Ys and Millennials. And I can assure you that the younger generation of investors, many of you here apparently agree with this, don’t view gold the same way that our parents and grandparents did.

We did not grow up under the gold standard. We did not grow up during a time of war, so as that $68 trillion gets handed down, it is not going to stay in gold. Now, is whatever is in gold right now all going to go to Bitcoin? No, of course not. But gold is an $8 trillion market cap asset class. Bitcoin’s $100 billion. So a lot has to go right or frankly, in Peter’s view, a lot has to go wrong for an $8 trillion asset class to jump in price. And $100 billion for Bitcoin, it really does not take a lot for Bitcoin to outperform gold over the next 10 years.”

Decentralized apps (DApps) on the EOS network continue to outpace those on Ethereum and Tron. According to DappReview, $25.2 million worth of EOS flowed through DApps on the network in the last 24 hours, with 125,600 active users.

Ripple continues to hire new employees around the globe. The company is now looking for an operations associate for Xpring, Ripple’s XRP development and fundraising arm. The position is in San Francisco. At time of writing, the start-up has a total of 62 open positions, including eight with Xpring.

In an interview with Vanity Fair, actor Anthony Mackie, who will assume the role of Captain America in future Marvel movies, says he checks his Litecoin app every day.

Augur, a prediction market platform, released an update on its ongoing development.

Using its token REP, Augur offers a decentralized marketplace where anyone can create a bet on the outcome of a future event. According to the report,

“A release with a new algorithm for a liquidity sort will be coming in the next few days.”