by Alex Riabukha
in HodlX 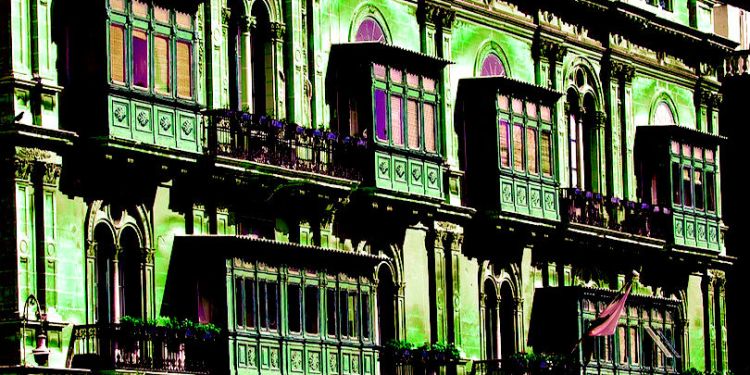 Authorities around the world are divided on cryptocurrency and blockchain. Some, like China, oppress the industry and ban coins. At the same time, there are countries that see potential in distributed ledgers and are paving the way for blockchain business. Malta is one country that has taken the latter stance.

Last year, the Maltese government took a historic step towards legalizing blockchain and cryptocurrency. Malta was the first in the world to develop regulations that put blockchain business on a par with traditional companies. Through their regulatory stance, Malta hopes to create a favorable environment in which more companies pursue growth via blockchain technology. For these efforts, the country has earned the honorary title of “blockchain island”.

The crypto trade responded almost immediately to government efforts, prompting some of the world’s largest companies to move to the island. One of them is Binance, the second largest exchange, with an adjusted daily trading volume of $2.5 billion.

Cryptohound reviewed new regulations and spoke with Maltese officials and crypto lawyers about the country’s stance on crypto, blockchain, and the outcomes they expect to see in the near future.

In July of last year, the Parliament of Malta approved three key laws that regulate the activities of crypto businesses and coins.

The authorities did not equate coins with fiat currencies, contrary to the expectations of some in the crypto community. Detractors of the bills say that they fail to create for blockchain business the same favorable conditions that traditional companies have. The government is trying to do this instead by introducing several laws that determine the fundamental properties of coins.

According to new legislation, all tokens can be classified as either electronic money, financial instruments, virtual tokens, and virtual financial assets. Malta Financial Service Authorities (MFSA) has developed a test to understand how best to categorize a particular crypto asset. Some cryptocurrencies, according to officials, may also be treated as securities.

Alongside this legislation, the government established the Virtual Financial Asset Agents Institute (VFAA). The VFAA will help projects on an individual basis to determine the category of their crypto assets.

According to crypto legislation, blockchain businesses must conduct activities in accordance with existing legal practices to combat money laundering and financing of terrorism.

IVFAOs are obliged to register white papers with the MFSA if they want to hold a crypto crowdfunding on the island. Crypto exchanges, for their part, will have to present the regulator with plans for how they intend to combat money laundering before they can register. Crypto companies are also responsible for acquiring a license from the financial regulator and paying the associated legal fees.

Through these regulations, Malta has prepared an environment in which crypto businesses have nearly the same rights and duties as their peers in traditional business.

“Malta is one of the clearest yet toughest places to get a license,” says Philipp Sauerborn, international tax and crypto advisor at Maltese law firm Dr. Werner & Partner. “The regulation is very, very closely related to the ‘normal’ regulation for investment and /or financial licenses (MIFID2 standard). That means, basically, ‘you are playing with the big boys and my rules and regulations will apply.’ In Malta you will become, once licensed, a proper financial services company.”

This means the crypto business must follow almost the same rules as other firms without concessions or exceptions.

According to Sauerborn, crypto companies will have to wait about 12 months to get a license and pay legal fees. The total cost comes out to around €24,000 ($27,000). In addition, if a company wants to open a crypto exchange in Malta, it will have to comply with strict rules for initial capital and keep at least €730,000 ($822,374) on its accounts.

As for taxes, the crypto business, like ordinary citizens, must pay 5% effectively.

In general, Malta’s crypto laws are having an overall positive effect on the country’s blockchain environment, despite the tediousness of the process.

In Sauerborn’s view, “It became clearer but a lot more difficult. I think it is fundamental for people to understand, especially the ‘crypto purists’, that it might be a nice idea that at one point this ‘revolution’ will make other ‘real money’ economical participants obsolete. But currently, to achieve that, you need every willing person’s help for mass adoption. Mass adoption will surely not happen without big companies and/or big players.”

That’s the rub of mass crypto adoption. In most of the world, big companies are subject to a high level of regulations. The idea that they would help crypto business, which is riskier, to get lighter regulations for its activities seems far-fetched. But for now, Malta’s approach seems to be working.

“It is nonsense to aim for ‘low’ or ‘easy’ or ‘cheap’ regulation; you will never be able to use properly,” says Sauerborn. “The government of Malta was smart enough to see that. Therefore, they took a robust approach straight away, which surely is the only way forward. We have tons of inquiries for businesses who want to ‘upgrade’ from countries like Estonia or Dubai or elsewhere, as they now want to ‘get real’.”

Regulating is not the only thing Malta is doing to encourage innovative technology.

“Malta is always striving to improve its business climate through various events that are done constantly in various sectors in both public and private domains,” Malta Digital Innovation Authority (MDIA) told CryptoHound.

“Delta Summit, e-mobility Summit to name a few, amongst other strategic conferences have been used as a networking point between businesses. This promotes synergy and harmony between blockchain companies nationally and internationally and therefore creating unprecedented opportunities.”

Beyond business, the government sees benefits from blockchain and DLTs for health care, environment, transport, and education. As a sound environment is created for it to develop in these areas, the benefits of the technology will naturally expand to still more spheres.

Tough but worth it

The impact of blockchain and cryptocurrencies is real. Facebook is set to launch a coin in 2020, and JPMorgan is already testing one of their own. Meanwhile, hundreds of other large and small companies are also putting the technology to use in other ways.

Malta’s endorsement of crypto is, no doubt, prompted by these developments in business.

The MDIA says that Malta’s stance is that emerging technology, “creates a good business climate and it gives a stronger foundation to the economy along with credibility. Different technologies, in turn, create different opportunities within various sectors. Cryptocurrency, blockchain, and DLTs are among the few that are currently being mentioned; however, Malta has always opened the doors and welcomed new technologies.”

At the end of the day, there’s no getting around the fact that getting started in Malta takes quite a bit of time and money. Companies looking for crypto-friendly countries might balk at these requirements. But if a business wants to get to the top league, it shouldn’t be looking for the easy way.