10 Innovative Projects on the EOS Blockchain

by Diana Furman
in HodlX 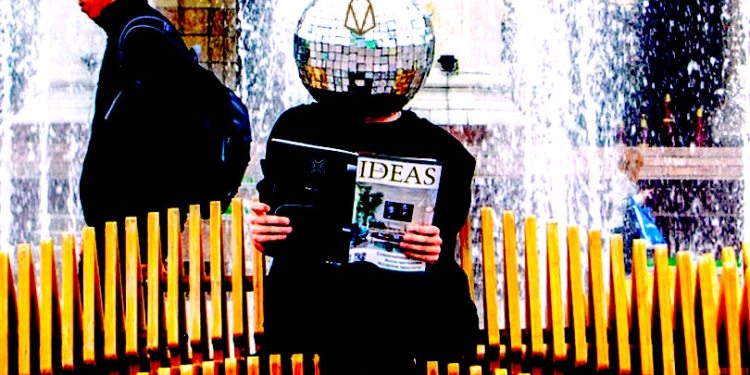 EOS is a rapidly developing blockchain that is providing high transaction speeds compared to its competitors and has an embedded voting system. This makes it a tempting platform for existing decentralized products and for building new ones from scratch. We picked the 10 most promising and original projects with the goal of showing the current potential of this blockchain.

Some of the projects are already functioning. Others are in alpha or have just been announced.

The authors of the EOSIO platform, Block.one’s CEO Brandon Blumer and CTO Dan Larimer, introduced their new product on June 1. In an Apple-like presentation, Blumer told the crowd, “Social media has not been a good friend for us.” And it’s hard to disagree: pardon less data harvesting, censorship, and the overall treatment of the user as a product are the birthmarks of existing social media platforms.

According to Dan Larimer, who already co-founded the blockchain-based Steemit in 2017, the new platform would give privacy and data back to users. The name of this upcoming social media is Voice, and it will provide an opportunity for users to control their information via native tokens, which are earned through posting and commenting. It is now available for sign up as a beta user.

Created by Sam Kazemian, Theodor Forselius, Mahbod Moghadam, the co-founder of lyrics annotation and media site Genius, and Larry Sanger, the former co-founder of Wikipedia, Everipedia is the first-ever blockchain-based encyclopedia. It has three incentives:

Participants in the network self-govern the platform and earn IQ tokens, Everipedia’s cryptocurrency, by engaging in content creation. You can post content on any topic as long as it is properly cited and written in a neutral tone.

As Larry Sanger said himself,

“Wikipedia deletes far too many articles…and after I left, the ‘deletionists’ won; I’ve always been an ‘inclusionist’.”

That being said, Everipedia includes everything Wikipedia has and has much friendlier posting rules. The project is up and running. You can learn how to start using it here.

Emanate claims to be bringing the music industry to the age of decentralization using the EOS blockchain.

Basically, it wants to make the $50-billion industry more transparent for all players, from listeners to artists to producers, offering them a platform for instant payments across borders and implementing DAO governance of the ecosystem, which will help simplify the complicated regulations of the modern music industry.

They have a thorough FAQ explaining their plans and a roadmap which intimates that the alpha phase of the project is just around the corner.

Eva is a ride-sharing application based on the blockchain. It aims to remove traditional ridesharing companies that are aggregating the mobility economy. It is a cooperative whose general mission is to develop new technologies for urban mobility. The platform they are offering is a liaison between drivers and passengers.

“For the passenger, it’s the same price, but for the driver, it’s advantageous because we charge 15% of the fare, compared to 25% at Uber,” explains Dardan Isufi, co-founder and operations manager.

It offers drivers a more flexible and profitable model, while passengers don’t lose any of the benefits they are used to with Uber and similar taxi services. And the bonus is, all their data and control over interactions are on the blockchain, which means ? back in their hands.

The start of Eva operations was announced in May 2019, and they are preparing to launch their activities in Quebec City in early July.

InSpace would finally bring to life our sci-fi fantasies from the 80s: spatial, 3D from 2D web, and desktop navigation, like on a futuristic spaceship.

This bold interface design solution brings options for the truly spatial storage of files and folders. With it, the term “workspace” becomes more literal than ever.

There is not much information on the project, which is in early alpha. The full release is planned for Q4 2020.

The WordPress plugin enables users to timestamp content onto the EOS blockchain. Content, timestamped in the blockchain, can’t be stolen or faked because you can accurately track it to the original publication.

The project’s mission is to help content creators be more transparent and increase the trust of their audiences. A timestamp that makes it virtually impossible for others to claim they posted your stolen article first is a step in the right direction.

As the CEO of Block.one said himself,

“In five years from now, if you don’t timestamp your articles on the blockchain, you’re going to be considered a fraud.”

And it is easier to start using than most of the other EOS-based projects. You just have to install the plugin and open WordPress.

Another innovative blockchain solution – Bitez.io – claims to satisfy more mundane needs. They are introducing food delivery to the EOS blockchain. “For all your food needs,” they state and offer their solution to overcoming the dependence of food services on intermediaries and restaurant owners, reducing the commission fees in the whole supply chain and making direct interactions among all stakeholders much easier.

If the product itself stays physical and centralized after delivery to the customer’s table – kudos to them.

You can check out short explanatory videos on how it would actually work for businesses and customers. The beta release is scheduled for September 2019.

KARMA is social media meant for good. Users are incentivized to do good, share positive and cool content, and receive KARMA when their content is up-voted.

The core of the KARMA belief system is that if basic human needs are met, it is in our DNA to interact positively with one another. The KARMA App built on EOSIO wants to incentivize users to do good actions in the world, rewarding them with KARMA from other users who have up-voted their posts. KARMA creates a positive feedback loop among beneficial human interactions with a tokenized incentive. So, good deeds can be finally rewarded.

Karma has come a long way, has its own token, is listed on exchanges and has been fully operational since the end of 2018. The current version of KARMA is available for download on the Apple App Store and the Google Play Store.

HireVibes is meant to connect job seekers, employers, referrers, and recruiters on a new job search platform that utilizes the EOS blockchain. The basic idea is to disrupt recruitment agencies as middlemen, create a fair incentive model with reasonable hiring fees, and reward members on HireVibes for successful hires.

As they state about themselves,

“HireVibes is empowering a world that values people over profits. We are the antithesis of the current, pervasive model of wealth accumulating at the top. We believe that all people are equal and have a right to the pursuit of happiness.

That is why the HireVibes platform is built to help you find the right job or hire the right person, but also to help each other.

Help friends and colleagues in their job search with a peer referral and give back to the global community ? a donation is made to a great cause every time someone is hired through the HireVibes platform.”

It is free to post open positions on HireVibes, and employers can set their own reward level (minimum 6% ? max 12%).

When a candidate is hired through the HireVibes DApp:

This model looks fruitful and might be a better solution than the resume-spamming rat race currently in existence when it comes to job or employee seeking.

According to the HireVibes roadmap, its full release is scheduled for Q4 2019. Currently, the project is in alpha.

The Free Republic of Liberland, a sovereign nation founded on April 13, 2015, seeks to build an open-source government and has decided to use EOSIO software as the foundation. Well, for a nation that is located on a small floodplain of the Danube river, on disputed territory between Croatia and Serbia, a good foundation is something of essence.

But, all jokes aside, the very idea of a decentralized autonomous government, which is laid out in the article, is one of the most important fundamental notions around blockchain-based technologies. There is a voting system inside EOS, as there is on a few other blockchains, and it is constantly challenged and upgraded. The option of testing it in political governance, even of a micronation, is a perfect opportunity to broaden the horizons for future governing principles based on decentralization.

Recently The Free Republic of Liberland published their roadmap for the next 12 months. The Liberland economy will be based on virtual currency, Liberland Merit (LLM). It will also be used as a means to vote. Another interesting thing about Liberland ? taxation is voluntary. Citizens who decide to pay taxes become shareholders of the country.

As you can see, EOS gives plenty of tools for creative developers, and while most of the crypto-crowd runs around “bulling” and “bearing”, true creative minds are working in silence on big passion projects that might one day make the world a better place, or small ones, that are doing it right now. Either way, as long as there are competing ideas challenging the status quo, the future is bright.

Diana has a traditional corporate finance background and in 2017 got deeply involved with the crypto industry. She is CEO of Lumi Wallet and Lumi Collect from the end of 2017. Also, Diana has broad expertise on topics of EOS, dapps, and UX/UI for fintech products.