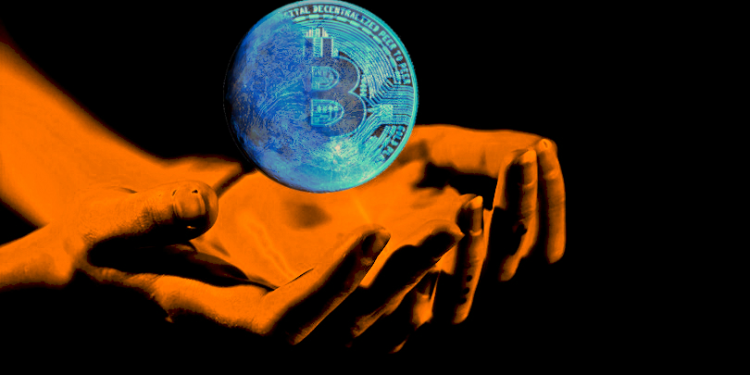 From new analysis on Bitcoin’s big rally to a new potential launch date for Ethereum 2.0’s genesis block, here’s a look at some of the stories breaking in the world of crypto.

Anticipation of a supply shock in 2020 is likely driving Bitcoin’s 138% rally in 2019, according to Alyse Killeen, a partner at the investment group StillMark.

Killeen, a fellow at the Singapore University of Social Sciences, told Bloomberg Technology that she believes Bitcoin’s upcoming halvening is the number one reason for the surge.

“What I think might be happening is an anticipation of a coming supply shock in 2020. So what we’re looking ahead to is a halvening event. The way that new Bitcoin is introduced to the market is through a process called mining and the mining reward decreases by half every few years. And so in 2020 we’ll have much less of a daily supply of Bitcoin that we do now…

“While we’re looking ahead to the halvening and the supply shock, we’re also seeing a greater demand for Bitcoin and new on-ramps for familiar and conventional sources, so there’s an anticipation that there will be a broader group of consumers that have access and appetite for Bitcoin.”

Killeen says there have recently been “exciting progressions” in terms of scaling the currency up to a level where it can be used for more purchases.

“In 2019 we’re actually seeing higher layer infrastructure development rapidly progressing and so by that, what I mean is, the development of Lightning Network and the quick adoption from an early-user set of Lightning Network, as well as entrepreneurs building on top of Lighting Network, and so that will provide scale and has already. We’re looking at the introduction of sidechain technology including Blockstream’s Liquid network which gives us a new breadth and depth of use cases of the blockchain.”

The StillMark partner also believes Bitcoin stands alone among cryptocurrencies in terms of “stability, security and dependability,” and that it will serve as the main store of value in the crypto ecosystem going forward.

Justin Drake, a researcher at the Ethereum Foundation, says ETH 2.0 genesis block could launch at the beginning of next year.

“Looking at a target Genesis date toward the end of 2019 could be realistic. One thing that could work well is the third of January 2020, so… that comes after the December holidays, which are generally quieter, and it would be the 11th anniversary of the Bitcoin genesis.”

Alderoty told Law.com that Ripple is constantly engaging with representatives around the world to teach them about blockchain and cryptocurrency.

“We have government affairs, full-time representatives in the U.S., in Europe, in Asia Pacific. We regularly meet with regulators to educate them, to get them more comfortable with what we’re doing and trying to do, which is to solve for the very real-world problem of being able to move money cross-border without a lot of friction and expense.

We’ve also sat on the Federal Reserve Faster Payments Task Force. We’ve hosted a summit for central banks to learn more about blockchain. We regularly speak on panels. We’re often invited by regulatory organizations to come speak or serve on panels. I would say we’ve engaged with more than 50 regulators and policymakers worldwide on this issue.”

Litecoin’s halving is now 50 days away, according to a countdown clock from CoinGecko.

The Litecoin block reward for miners will decrease from 25 to 12.5 coins, a difference in value from about $3,542 to $1,726, according to current market prices.

Tron founder Justin Sun is moving the location of his much-publicized $4.6 million lunch with famed investor Warren Buffett to the “heartland of tech.”

Sun says the meeting will happen in San Francisco for the first time in its history.

“We decided to move this year’s lunch to a restaurant in the Bay Area to further shine the spotlight on GLIDE’s amazing charitable efforts. I’ve also said we want to bridge the gap between the world of blockchain and institutional investors. Nowhere is that goal more apt than in the heartland of tech.”

Augur is working to explain how and why prediction markets work.

The company has released a thought experiment explaining the mechanics. It also plans to publish a future post on how decentralized prediction markets operate.

OceanEx has released an alpha version of its crypto exchange and asset management platform on iOS, built on the VeChainThor blockchain.

Features include trading pair recommendation for new users and fast tracks for deposits and withdrawals.

Finally! Our iOS Alpha version is online! Android version is under development and will be released soon! Enjoy your voyage and feel free to share your opinions and suggestions to us!???#OceanEx #cryptocurrency #blockchain https://t.co/VJO7JPOi1i