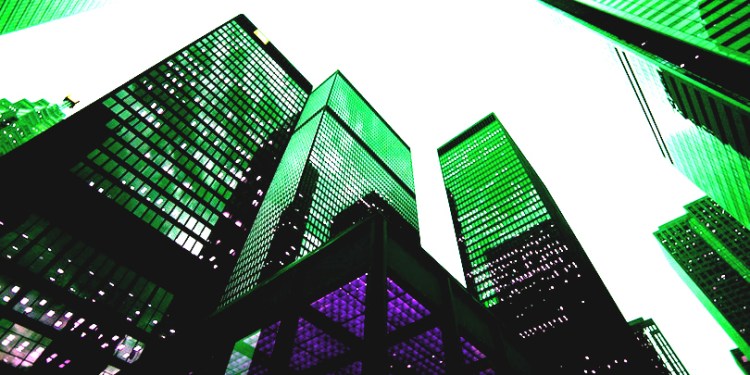 Morgan Creek Digital founder Anthony Pompliano is opening up about his personal portfolio and the strategy his asset management firm has adopted for its institutional clients.

In a new interview with CNBC’s Ran NeuNer, Pompliano says he likely holds more than half of his assets in Bitcoin, and won’t sell even if BTC goes to $150,000 next year.

“Well, I think it’s important to decipher between two things. There’s the fund, and then there’s what I do personally. What I do personally is, I’m not interested in selling. I store my wealth in Bitcoin. I look at that as a very different scenario than as a professional money manager. My job is to make money for our investors. And so obviously in order to make money, we need to sell the position at some point.

As for his clients, Pompliano says that selling BTC is very much in play, at some point.

“I don’t think we’re going to hit one single price target and we’re going to sell the whole thing. I think it’s more of doing a risk-mitigates-liquidation of the position. So what you’ll likely see is, at some point, we’ll start to sell pieces of the position kind of into a bull market. Where that is, I don’t think we yet know. But obviously, we’re sitting at around $11,000 today and [since] we think it’s going close to $100,000, then it won’t be anytime soon.”

Pompliano says he equates his investment in the notoriously volatile cryptocurrency to holding bonds or cash and says he’s taken extra steps to ensure his BTC is secure.

“The thought process really is as a store of value. For people who sit their assets in cash or something else, it’s just a very different asset. [Bitcoin] has different functions or criteria and so if you believe this is a good store of value, I think that storing a piece of your wealth there is a good idea. My guess is there are more people than you would imagine that do that.

The skin in the game is real, man. I tend to look at it in the sense of I’m really intentional about how I store that wealth or that value and I’m also very intentional about the security of it. So in terms of, I think internally we’ve had to go through a lot of due diligence when it comes to the public pensions and investing the capital on behalf of them. And so from a personal perspective, it’s not like I’m walking around with treasures in my pocket. I’ve been very intentional about putting that with third-party custodians who have very high security and so if it’s something where it’s a part of my wealth that I don’t need to necessarily go and tap into. It’s a long-term investment that I think is the same as buying bonds or sitting it in cash.”

Pompliano also discussed his past and present predictions for BTC.

Around $3,800, in March of this year, we put an investment on Bitcoin for public pensions and obviously that investment is doing very well. We have a price target as to when we think that the longer term horizon is and what I came out and said was $100,000 by December of 2021, and I think we’re generally headed to much higher highs and I thought it was important to put that on the public record.”

When asked about Facebook’s Libra currency and Calibra wallet for digital assets, Pompliano says he believes the initiative will likely succeed and boost Bitcoin at the same time.

“Facebook’s going to give a digital wallet to billions of people around the world, and that digital wallet isn’t just for Libra the currency. I see a world in the future where they’re going to add Libra support, they’re going to support Bitcoin, Ethereum, all these other cryptocurrencies. They’ll also add support for tokenized securities, so stocks, bonds, currencies and commodities.”

“I don’t see a world where they don’t add Bitcoin support at some point in the future – that could be five years, 10 years from now. I think, again, if Calibra is going to be successful, it’s going to have to add support for Bitcoin and other cryptocurrencies, and Libra will just be one of the many tokens that are supported in that Calibra wallet.”

Although Pompliano doesn’t doubt Facebook’s ability to build a successful digital wallet, he does say it’s uncertain whether US and international lawmakers will allow it.