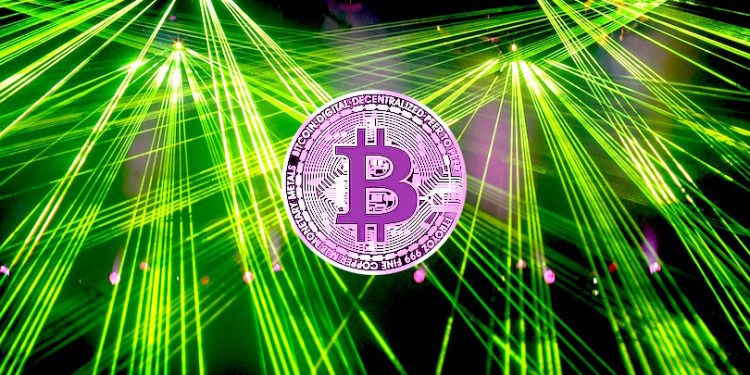 SFOX research has discovered a trend that holidays within the bounds of pronounced Bitcoin bull runs may correlate with temporary upswings in price, potentially due to FOMO.

“Have you heard of Bitcoin?”

Between November 12th, 2017, and December 17th, 2017, the price to buy Bitcoin increased by 218%, from $6,030.53 to $19,205.93. Part of the narrative surrounding this unprecedented bull run was that many people were hearing about Bitcoin for the first time. Over Thanksgiving dinner, the story goes, Luddites in the family would ask the more tech-savvy among them about this “Bitcoin” they’d seen in mainstream news – and how could they purchase some “Bitcoin coins” for themselves?

In reality, there are a number of different factors that contribute to the characteristic volatility of Bitcoin and other cryptocurrencies, but many analysts and traders pay attention to widespread retail interest as something that has the potential to impact the price of Bitcoin.

I will only call the top when my mom’s friends ask me to buy bitcoin for them for the first time.

As it turns out, holidays are especially convenient times for families to get together? – and when holidays fall during significant uptrends in the price of Bitcoin, it’s possible that they may introduce a new wave of fear of missing out, or FOMO, to the marketplace. Thanksgiving of 2017 marked the beginning of Bitcoin’s run-up from the low $8,000’s to its peak of almost $20,000 on December 17th; Christmas and New Year’s Eve coinciding with smaller jumps in price on Bitcoin’s gradual descent into 2018.

A similar phenomenon took place in February of 2019 during the two-week Spring Festival celebrated throughout China. Between the Lunar New Year (February 5th) marking the beginning of the holiday and the Lantern Festival (February 19th) marking its conclusion, the price to buy Bitcoin climbed 14%, from $3,419.17 to $3,908.97, peaking at $4,027.83 a few days later before deflating back to the $3,750 level.

These holiday-based price fluctuations in the price of Bitcoin appear to be corroborated by search volume data publicly available from Google. During the winter 2017 Bitcoin rally, US search volume for the term ‘Bitcoin’ spiked in the days following Thanksgiving, in the days immediately before Christmas, and immediately after New Year’s. While these data are far from definitive, one possible explanation for these spikes could be (1) first-time interest in Bitcoin spiked after Thanksgiving conversations, (2) interest in Bitcoin spiked when people were looking to gift it at Christmas, and (3) a second, smaller wave of first-time interest in Bitcoin followed New Year’s celebrations.

We saw a similar trend in China search volume for ‘Bitcoin’ during the 2019 Spring Festival: search volume spiked as the festival began (Lunar New Year’s Eve), experiencing four more spikes of decreasing magnitude over the course of the entire festival.

Since Bitcoin only became sufficiently popular to penetrate the holiday-dinner-table discussion in late 2017 and we’re only now in the second major bull run since then, there isn’t a tremendous wealth of data on how holidays impact the performance of Bitcoin and other cryptocurrencies. However, the data we’ve seen seem to reinforce general perception – at times when the market is already doing well or improving, holidays have the potential to drive renewed retail interest in buying Bitcoin and other cryptocurrencies. That behavior, almost by definition, is FOMO: buying into an asset because one sees it trending upward and wants to benefit from it.

So, as the current bull run continues and major holidays take place, traders may do well to consider how much of market movements is from changed fundamentals and how much is from mass psychology. While improved fundamentals pave the way for sustained growth, the whims of psychology, historically, have proven to be relatively short-lived.

You can check out the original post on Medium here.