by Leonid Foiu-Khatskevych
in HodlX 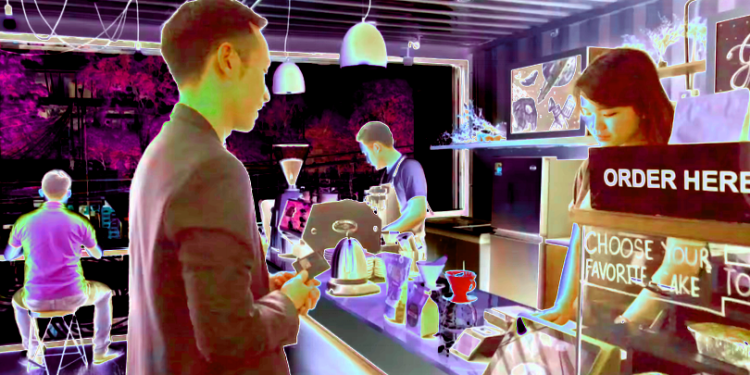 At the SXSW conference, Ethereum co-founder Joseph Lubin compared blockchain with e-mail and predicted a tenfold growth of the global economy, thanks to this technology.

Why does Lubin associate blockchain technology with emails which are already familiar to us? The key word is “already”. The fact is that after the appearance of e-mail, no one particularly used it. Accepting the possibility of quickly sending each other messages occurred gradually over several years. The Ethereum co-founder is sure that blockchain technology is in the same situation since its use is difficult to imagine in everyday processes. I doubt that anyone you know uses blockchain in some domestic matter. I am not talking about miners or exchanges, but about blockchain’s real integration into our lives.

Of course, headlines are full of incredible opportunities for the IoT market, devices of which will become safer and smarter upon utilizing blockchain technology. However, to understand practical use cases is quite difficult. In this article, there will be no descriptions of concepts and patents – only real blockchain gadgets and solutions from 2019, which have already been developed and are on sale (or will become publicly available in the near future).

An innovative gift to your granny (and not only for her)

The well-known manufacturer of home appliances, Bosch, provided us with another great option for a gift to our beloved granny/mother/sister, and to yourself, in the end.

The novelty is the same white box that stores the most important things in your house. Is food not the main thing in your house? We are not here to form a club of anonymous fans of fridges. The fact is that Bosch has created a device based on the blockchain.

No, it doesn’t mine Bitcoin – everything is much more interesting. In partnership with Wien Energie, Bosch turned an ordinary household gadget into a participant of the energy market. Device users will be able to control the power consumption of the fridge in a safe and transparent mode. Control of modes and temperatures occurs through a special application, but most importantly, a smart device can tell its owner how much energy is consumed and how much carbon dioxide was emitted during its operation.

An additional nice bonus is that now you will never forget to close the door since your blockchain fridge will report this omission.

There may be a logical question: why blockchain? The fact is that such a solution has been implemented to create a global energy system, where active participants become the owners of smart gadgets. Within the energy market, the devices’ users, with the help of smart contracts, will be able to choose electricity suppliers, switch between them and see the whole process of energy consumption from producer to consumer.

Based on the latest data, the blockchain fridge has already been developed, but it will go on sale only after tests. By the way, testing will begin in the coming months, and it’s not Bosch employees who will test it for strength, but potential customers.

Integrating blockchain technology into home appliances can open up many new business models in the energy market. For example, an electric vehicle charging station, operating on a blockchain platform, is able to independently choose the cheapest energy supplier, whether it’s a solar power station or a wind farm.

The smartphone of the future, which has already arrived

Most likely, you have already heard about blockchain smartphones, but I would like to tell you about the latest version from HTC. Inspired by the success of Exodus 1, the developers decided to release the second-generation blockchain phone. The Taiwanese company promises that the new product will be available by the end of this year.

Blockchain smartphone users will use messaging, social networking, and network search through peer-to-peer connections, although previously these actions were carried out on the basis of cloud or centralized servers.

The new model will be released under the name Exodus 1s and company representatives assure that the blockchain-smartphone will enable full use of the Bitcoin wallet, which will make the device a full-fledged network node, on a par with stationary PCs.

Since it will require a lot of space to store a full Bitcoin wallet (a full Bitcoin node takes up over 200 GB), HTC representatives advise users to buy a microSD memory card.

What about blockchain cities?

It’s more than a gadget, but I have to tell you about this innovative solution. The authorities of Seoul decided that it would be a great idea to give out a citizen blockchain card to their residents.

This initiative was announced last year as part of a large-scale project of Seoul digitalization. All financial expenses will be covered by the city mayor’s office, which is primarily interested in creating the most comfortable and transparent environment for its residents.

The blockchain solution will be an ID card with which a citizen can get simple and direct access to the necessary types of state and municipal services.

This approach will make life easier not only for cardholders but also for city administrations since blockchain solutions eliminate global paperwork and minimize the risks of lost documents and human errors.

Moreover, the identification data entered on the blockchain is not subject to change and third parties will not be able to forge the documents.

By the way, South Korea claims to be the world blockchain center, as the authorities comprehensively support the implementation of the distributed registry technology both at the level of everyday life and on the large-scale political arena.

A device that expands the audience of customers

This item will appeal to store owners, since the device, which we will talk about now, will simplify the payment of goods and services to those who don’t want to think about the constant conversion of their cryptocurrency funds into fiat.

Pundi X has developed the world’s first XPOS smart terminals operating on the blockchain. The uniqueness of the gadget is that the terminal accepts both fiat money and digital assets.

It is worth noting that the latest version of XPOS smart terminals works on the NEM blockchain, which, according to the developers, allows retailers and buyers to perform cryptocurrency operations faster and easier.

XPOS is also notable for being the first gadget in the world for retail outlets based on digital ledger technology (DLT), which contributes to compliance with FCC, CE, TRA and KC certificates. Such a variety of certificates will help XPOS terminals to gain a foothold in the payment markets of the United States, the EU, South Korea, and the United Arab Emirates. It is known that the above-mentioned countries are rather strict about the adoption of new and not fully studied technologies, but these certificates will help confirm their legitimate presence. The presence of FCC and CE certificates ensures that this product is safe to use. With these qualifications, XPOS can be sold all over the world, ensuring consumer confidence.

XPOS is the first of its kind solution for outlets that allow secure digital transactions on blockchain platforms and in real stores.

Now that the blockchain terminals work with Ethereum and NEM blockchains, users can buy and sell BTC, ETH, XEM, LTC, as well as Pundi X tokens for dollars, rupees, bahts, and other fiat currencies. At the same time, it can be done in any convenient way: using a bank card, mobile wallet or smart card Pundi XPass. The terminals accepting both cryptocurrency and fiat funds are already massively working with a large number of retail stores that help the mass distribution of technology and make the handling of digital assets easier.

Swiss innovation on the blockchain

Expensive, stylish and innovative. This is how we can describe blockchain-based luxury watches from Swiss manufacturer A. Favre & Fils. It is worth noting the price, from $100,000 to $150,000, which is justified by the manual assembly and a built-in cryptocurrency wallet. At the same time, the cost directly depends on the aesthetic preferences of the customers. The watch can be made of gold, silver or another precious metal.

A. Favre & Fils reports that in addition to having a cold wallet, the new model will have a patented security system on the blockchain, which guarantees the protection of user funds and confidential information.

It should also be noted that this device is the first watch with integrated technology, although a “crypto” watch was previously released from their Swiss rival Hublot. The commemorative watch from Hublot can only be called a fashion solution since the logo of the Bitcoin cryptocurrency was placed on the dial without the integration of any functional use of the blockchain.

As you can see, the use of the blockchain has long gone beyond the scope of complex technological solutions. Now the technology becomes clearer and is gradually being introduced to the masses, which makes even familiar household processes more optimized, and also simplifies many points.

And where do you see the use of technology in a few years?