by Sean Ryan
in HodlX 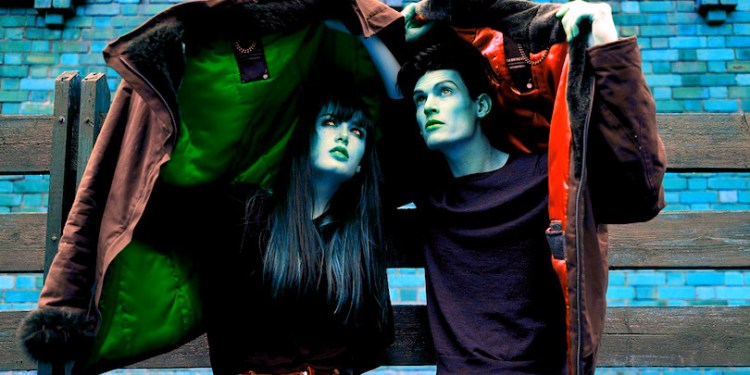 The laws surrounding cryptocurrencies leave much to be desired. Investors are expected to report accurately on tax returns, but there’s little in the way of guidance to help them do so. Though the cryptocurrency space as a whole is evolving at breakneck speeds, regulation has lagged behind and has so far failed to adequately encapsulate the nuances of the technology. To date, attempts focus on shoehorning the emerging asset class into archaic frameworks.

H.R.7356, or the Token Taxonomy Act, introduced by US Representative Warren Davidson (R) along with co-sponsor Darren Soto (D) however, advances a solution to some common frustrations of outdated laws. Introduced in late December 2018, the Token Taxonomy Act would amend both the Securities Act of 1933 and the Securities Exchange Act of 1994 to better accommodate cryptocurrencies and tokens for use in everyday transactions.

Excluding ‘Digital Tokens’ From the Definition of a Security

There has been much debate over which digital tokens amount to a security and what qualifies them as such. The SEC has previously signalled that distribution of coins on highly-decentralized networks (specifically Bitcoin and Ethereum) would not amount to securities offerings, but that issuers of initial coin offerings (ICOs) such as CarrierEQ Inc. (Airfox) and Paragon Coin Inc would need to reimburse their investors and incur fines over their failure to register their ICO as securities offerings.

One of the bill’s proposed amendments to the Securities Act of 1933 addresses ICOs by providing an exemption if the individual “developing, offering, or selling” a digital unit has a “reasonable and good faith belief” that the unit in question is a digital token, provided the network meets a number of criteria – sufficiently distributed governance, peer-to-peer transactions possible without reliance on an intermediary, etc.

If passed, the bill would go a long way in alleviating some of the uncertainty surrounding the legality of the most popular method used to bootstrap new blockchain networks. In addition, it also promises fairer handling of tokens that are later deemed to be securities – enterprises having sold them would need to announce the classification to investors within 90 days, before returning all of the funds that had not already been “reasonably spent” in development.

Putting the ‘Currency’ Back in ‘Cryptocurrency’

Another change proposed in the bill may be significant for the future of cryptocurrency as actual currency (as opposed to a speculative asset), or at least a daily medium of exchange. The bill would exempt “other than cash or cash equivalent” transactions from any sort of tax, provided the transaction does not exceed a value of $600. It’s important to note, however, that this does not mean that individuals could neglect record-keeping, as they would be needed to back up the position in case of an audit.

As it stands now, any form of disposal triggers a taxable event – even if it’s for something as trivial as purchasing a coffee. With the proposed amendments, an individual would be able to shop with cryptocurrency on a day-to-day basis, without worrying about reporting profits or losses to the IRS. Still, the transactions would still need to be tracked to backup the transaction as non-taxable. Insofar as long-term viability of virtual currency is concerned, this would bring us closer to the original vision of ‘digital cash’ espoused with the creation of Bitcoin and render it considerably more enticing to the masses – all without impacting the effectiveness of taxation on cryptocurrencies held for investment purposes.

The Token Taxonomy Act is an optimistic proposal that would certainly improve the current state of regulation governing activities pertaining to cryptocurrencies. Investors in, and issuers of, digital tokens are still largely in the dark with regards to their responsibilities, which may have the effect of slowing innovation or adoption of the technologies involved in the long run.

As to the likelihood of this particular act being codified into law, it’s difficult to gauge interest as of yet. It goes without saying that proposed amendments to long-standing acts require a considerable amount of momentum and support to be successful. At this stage of the game, it doesn’t seem like the SEC is willing to budge on their position regarding the reform of securities laws. Chairman Jay Clayton was particularly clear in a statement in 2018 that he had no intention of updating the definition of a security to reflect the advent of cryptocurrencies.

Whether or not the Token Taxonomy Act comes into force, the overarching theme conveyed is clear: we need to strive for stronger and fairer regulation. Cryptocurrency is here to stay, but the legal infrastructure surrounding it needs to evolve to be more accommodating to investors and day-to-day users if it’s to take off as both an asset and a medium of exchange.

Sean Ryan and Perry Woodin, are the founders of NODE40. NODE40 Balance is a robust cryptocurrency reporting software that integrates directly with major cryptocurrency exchanges. Members of the blockchain community transacting in, trading, or mining digital currency, have likely triggered a taxable event and can be unaware of how to properly disclose these transactions to the government.