by Solomon Brown
in HodlX 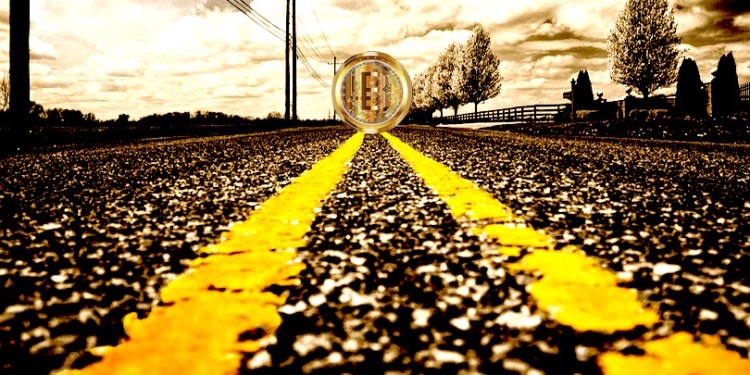 The universe of cryptocurrencies is expanding. There are always new coins appearing with the potential to become legendary.

So, while the seat of honor will always be reserved for Bitcoin, it wouldn’t hurt to get acquainted with some of the other bright stars in this universe.

Let’s take a closer look at the seven most expensive coins on the market today.

Coin-42 (42) is a cryptocurrency that was designed to have a total supply of only 42 coins. Its rarity has caused its rather high price tag. Coin-42 features a mix of proof-of-work and proof-of-stake transaction confirmation methods and has a native means of insulating itself from 51% attacks.

In addition to its rarity, Coin-42 is characterized by fair distribution and both private and public transaction support.

By now, all 42 coins have been fully mined and fairly distributed among the miners. However, the way to reach such an achievement wasn’t exactly smooth sailing. Just a few months after the release of Coin-42, a Github user changed its supply to unlimited. This was followed by an issue to stop the coin supply from suppressing its max supply. As a solution, the community decided to fix the supply back to the original of 42 coins.

Maya-Preferred 223 (MAPR) is a newly launched stablecoin that was issued on the Ethereum Classic platform. Recently, the token’s value has increased tremendously, while the positioning of the coin has improved rapidly. The Maya team has declared that they want their currency to become the new digital payment standard.

MAPR is backed by assets pooled from 11 gold and silver mines, located in Mexico. The team claims to reconsolidate and acquire new mines every 90 days, in order to keep increasing the amount of backing value behind each coin. They are using this technique as a means of injecting stability into the volatile cryptocurrency market. Developers of the coin have already released their plans to back other cryptocurrencies, starting with Bitcoin.

Maya-Preferred 223 was recently listed on CoinMarketCap, a development which garnered the coin no small amount of attention given its status as the most expensive stablecoin on the market.

Project-X (NANOX) is a decentralized and open-source currency which champions transparency and privacy of transactions. Nanox is not mineable. It’s only traded on one active market and there’s only a small portion in circulation – 0.078624 NANOX.

Although Project-X payments are recorded on a public blockchain, senders, recipients, and transaction amounts are kept private.

The process of buying Project-X can hardly be called easy: first, buyers have to convert their currency of choice into Bitcoin, Ethereum or Litecoin, and then transfer it to the one exchange where it’s possible to trade it for NANOX.

Bitcoin (BTC) is the granddaddy of all cryptocurrencies. It’s a decentralized digital currency using a peer-to-peer payment network that requires no central authority to operate. The currency is traded on the blockchain, which is a public ledger where all transactions are recorded.

The emission of Bitcoin is done by users with mining capacities and is restricted to 21 million coins. Buying and selling Bitcoin is possible via a number of platforms and crypto ATMs.

The market weight of Bitcoin is difficult to overlook, as it is a firm first in terms of market value on CoinMarketCap. Bitcoin continues to be the cryptocurrency against which all others are measured.

RSK Smart Bitcoin (RBTC) is an open-source smart contract platform that is aimed at adding value and functionality to the Bitcoin ecosystem by activating smart contracts, near instant payments and higher scalability.

The Smart Bitcoin is a native currency and the only way to create it is to send BTC to a multisig address in Bitcoin’s blockchain that is protected by the RSK Federation.

Although it’s also based on proof-of-work mining with the SHA-256D algorithm, just as Bitcoin is, in terms of energy applied, RSK aims to be the most secure smart-contract platform.

Bitcoin BEP2 (BTCB) is a cryptocurrency token issued on the Binance Chain platform and 100% backed by Bitcoin. The reserve addresses for BEP2 are published for anyone to audit. It’s a crypto pegged token that starts a Binance chain of trading pairs between the pegged token and the native coin, e.g., BTCB/BTC.

The idea behind launching such a token is that Binance DEX traders can use the coin to gain to tokens that aren’t native to Binance Chain. Thus, the approach is fairly centralized; however, this token has its advantages, including being easy to use.

Wrapped Bitcoin (WBTC) is an Ethereum token launched at the beginning of 2019. Its purpose is to bring the liquidity of Bitcoin to the Ethereum network. Each unit of WBTC is backed by one unit of BTC.

The project is considered to be decentralized but in fact, the service has certain centralized aspects. This is even acknowledged in its whitepaper, where its structure is described as being similar to that of a “federated governance model”.

Bitcoin is still very much the brightest star in the crypto constellation. Stars are born everyday with ambitions of eclipsing the brightness of the one that started it all, but only time will tell whether the new additions will live up to their hype.

Solomon has a wide background in crypto and blockchain technologies. After promoting several blockchain startups, Solomon started his tenure with Freewallet in 2018, firstly as a PR manager, before moving to his current position as head of the PR department.
[the_ad id=”36860″]