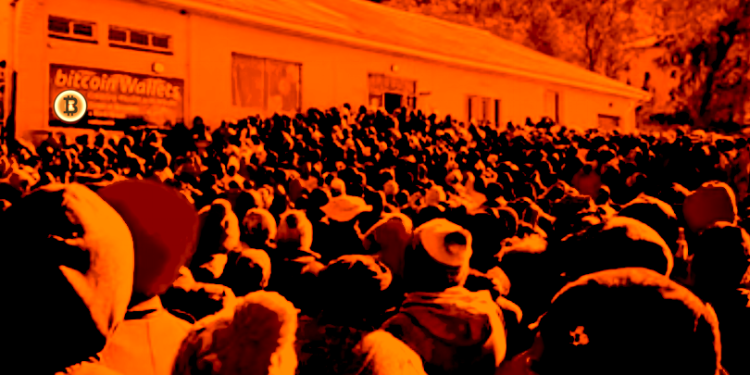 Disgruntled investors who claim they got fleeced by a company called Bitcoin Wallets set fire to a crypto kingpin’s home after his alleged Ponzi scheme collapsed.

According to local media, protestors gathered in front of the home of Sphelele “Sgumza” Mbatha located in Ladysmith, South Africa after reports surfaced that the paramedic-turned-Bitcoin entrepreneur had run out of cash and was unable to make payouts as promised.

Bitcoin Wallets guaranteed a huge return, promising investors they could double their South African rand by investing in cryptocurrencies.

But on July 9, Mbatha appeared on Nqubeko FM in Ladysmith to announce that a phishing scam had compromised investors’ funds.

“Right before the firm was shut down, Bitcoin Wallet grew so immensely popular that Mbatha ceased taking in deposits of less than R5,000. At the time, a publication known as African News Agency speculated that Bitcoin Wallet was receiving more than R2 million ($143,000) in cash deposits per day. This represented what is now being hailed as ‘the largest daily cash flow ‘in the whole of Ladysmith.

Customers were queuing outside Bitcoin Wallet’s doors overnight to provide basic identity documentation, sign a single page form, deposit as much cash as they desired only to wait in vain for the alleged 15 days to pass before they received their so-called 100% returns.

Furthermore, in addition to Mbatha making it ridiculously easy to lure customers, the firm also charged a 10% administrative fee.”

@Abramjee A investors in a ‘pyramid scheme’ called Bitcoin Wallet own by Sphelele known a Sgumza in Ladysmith, KZN, burned his home. This after he closed his offices. @IOL and @LdyGazette & reported extensively about this scheme. pic.twitter.com/8EtSFi7uCi

A video posted to Nqubeko Community Radio’s Facebook page shows what appears to be one of Mbatha’s charred luxury cars.

Preliminary estimates indicate that prior to closing his doors on July 4, Mbatha allegedly swindled hundreds by taking cash deposits.

At the time of the fires, the home was reportedly vacant and there were no injuries. According to Ladysmith Gazette, police were deployed to the area and are currently monitoring the situation.

Mbatha is on the run and no arrests have been made.