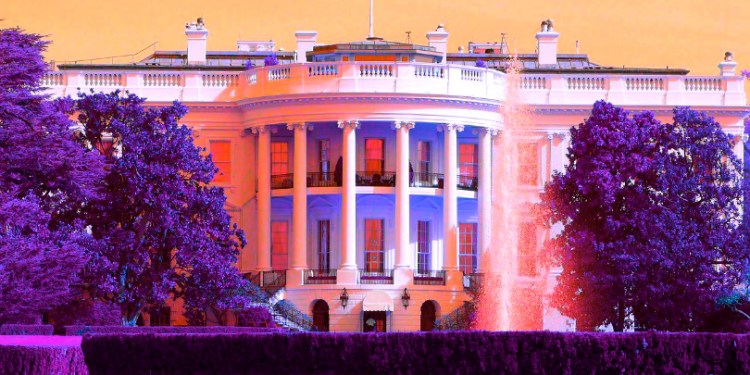 US President Donald Trump ripped Bitcoin and cryptocurrency at large on Thursday, saying he’s “not a fan” of the emerging technology.

In a series of tweets, Trump said cryptocurrencies are based on thin air and must be regulated to prevent criminals from using them.

As for Facebook’s digital asset Libra, Trump says the company must be subject to all US banking regulations if it wants to use it in America.

“Similarly, Facebook Libra’s ‘virtual currency’ will have little standing or dependability. If Facebook and other companies want to become a bank, they must seek a new Banking Charter and become subject to all Banking Regulations, just like other Banks, both National and International.

We have only one real currency in the USA, and it is stronger than ever, both dependable and reliable. It is by far the most dominant currency anywhere in the World, and it will always stay that way. It is called the United States Dollar!”

Trump’s stance on Libra is in line with a number of vocal members in Congress who are calling for intense scrutiny of Facebook’s digital asset. Democratic Rep. Maxine Waters, who chairs the House Financial Services Committee, wrote a letter to Facebook asking the social media giant to pause the project while Congress gets a better grasp of what the tech giant is planning to do.

“We write to request that Facebook and its partners immediately agree to a moratorium on any movement forward on Libra – its proposed cryptocurrency and Calibra – its proposed digital wallet. It appears that these products may lend themselves to an entirely new global financial system that is based out of Switzerland and intended to rival U.S. monetary policy and the dollar. This raises serious privacy, trading, national security, and monetary policy concerns for not only Facebook’s over 2 billion users, but also for investors, consumers, and the broader global economy.”

“It’s something that doesn’t fit neatly or easily within our regulatory scheme but it does have potentially systemic scale. It needs a careful look, so I strongly believe we all need to be taking our time with this.”

Facebook’s head of blockchain David Marcus says he will to testify and explain Libra to Congress next week, but so far Facebook has not indicated any plans to stop the project.

As for Bitcoin, Congress is unable to single out any person or organization responsible for the leading cryptocurrency. The digital asset is decentralized and borderless, powered by a network of computers that verify transactions and mint new coins. Bitcoin’s anonymous creator, who used the pseudonym Satoshi Nakamoto, has not been heard from in years.

Leaders in the crypto community are referencing the banking industry’s own track record.

According to a report by Bloomberg, banks (not Bitcoin) run the global money-laundering industry, funneling over a trillion dollars through the traditional financial system every year.

Cryptocurrencies, a form of digital money, are developed by computer scientists as opposed to traditional economists and bankers.

In an interview with author Ben Mezrich last month, CNBC anchor Andrew Ross Sorkin said he imagined governments attempting to press a ‘major pause’ on Bitcoin and all of its crypto cousins.

“You saw the reaction to Libra almost instantaneously in Washington – people saying okay, we’ve got to press the pause button on this. Governments have a monopoly on fiat currency. It’s one of the last things they have a monopoly and an ability to control things with.”